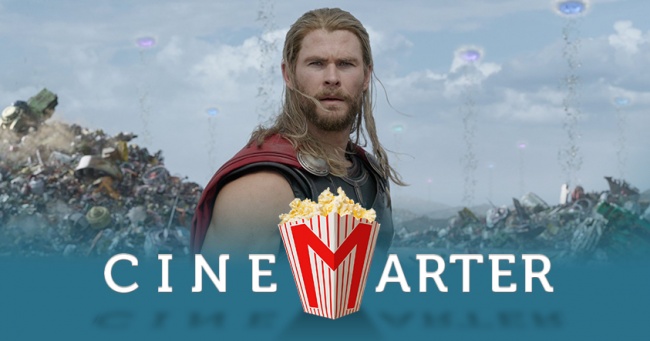 Another day, another good Marvel movie. At this point, it’s almost become boring to say that Marvel has churned out another solid installment in its ever-expanding universe of films, but that doesn’t stop it from being true. And because we’re talking about the Thor movies, which have been some of the weaker entries, it’s actually a little surprising to see Thor: Ragnarok be as good as it is – which is another strong entry that might not quite reach the series’ greatest heights but is nonetheless enjoyable, engaging, and earns its keep.

Perhaps the most interesting thing about Ragnarok is the way that it portrays its characters – some of whom return from previous films while others are new to the film franchise. While it’s a stretch to say it “re-envisions” the likes of Hulk (Mark Ruffalo), Heimdall (Idris Elba), and Loki (Tom Hiddleston), or even Thor (Chris Hemsworth) himself, it does take them in a bit of a different direction than earlier entries into the series. It’s not inconsistent, per se, but it gives them new elements with which to play and reshape themselves – or to let us see them in a new light. 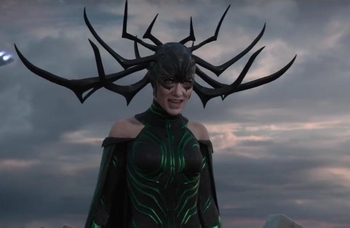 The plot is secondary, especially when it comes to the Big Bad. She’s Hela (Cate Blanchett), a campy villain who is Odin’s (Anthony Hopkins) first born. She was locked away, now she’s back, and she decides to take over Asgard, doing so rather easily. Thor winds up on a planet run by the Grandmaster (Jeff Goldblum) and has to both figure out a way to escape and discover a way to beat Hela after he does.

The Hela segments don’t take up the majority of the time. We spend much more time on the Grandmaster’s planet – or, at least, it sure feels that way. That’s where the character stuff, the jokes, and the fun of the movie takes center stage. There’s some action, sure, but most of that comes near the beginning and end – with only small bits sprinkled throughout the rest of the proceedings. It’s weird to say that the most enjoyable parts of Ragnarok come when there isn’t much action, but it’s how I felt. When we actually had to go finish the movie with Hela and Asgard, it almost felt like an obligation, not something we desire.

I have finally thoroughly enjoyed a Thor movie. No caveats or “buts.”

Part of the reason for this lies in the strengths of director Taika Waititi, who is a great storyteller and someone who revels in character moments. He’s technically proficient at the action beats but they’re not his game, traditionally. He is able to get a lot of laughs and a lot of genuine character intrigue with less intensive scenes – and he does it well in Ragnarok. The overarching plot also feels kind of same-y, which is a struggle a lot of the Marvel movies have.

I’ve talked about some of the older characters sprouting some new leaves, but there are a couple of new characters who are also worth mentioning. The first and most impactful is Scrapper 142 (Tessa Thompson), who is, quite simply, awesome. It’s a joy to watch her work, and the direction she takes the character – whose real name is different but a spoiler, technically, even though most people already know it – is fantastic. Meanwhile, Waititi has a role in the film in addition to his directing duties, playing a rock monster named Korg who is a lot of fun. 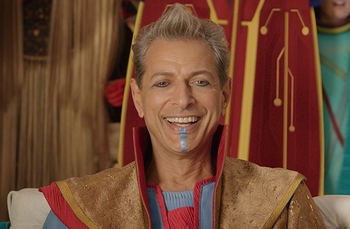 The action is perfectly fine. The effects are great. It’d be an absolute shocker if either of these weren’t up to snuff – I don’t think Disney would allow it, to be perfectly honest. Someone from the studio would see an early cut and demand they be fixed – either with more money for the effects budget or with someone else directing the action. But neither will be what sticks with you after watching Thor: Ragnarok, and that’s why it’s one of the better Marvel movies.

I have finally thoroughly enjoyed a Thor movie. No caveats or “buts.” I don’t think either of the first two are bad, but this is when the character and his portion of the Marvel brand has finally stepped up to the plate and delivered a great movie. It’s at its best when it focuses on its characters, many of which is alters enough to make them compelling, and when it’s making jokes. It’s a fun franchise, after all; there’s no point fighting that.

Bottom Line: It’s a Hela good time (you may groan).

Recommendation: If you’re on the Marvel train this one isn’t going to knock you off. If anything, it’ll make you settle even more comfortably into your seat.