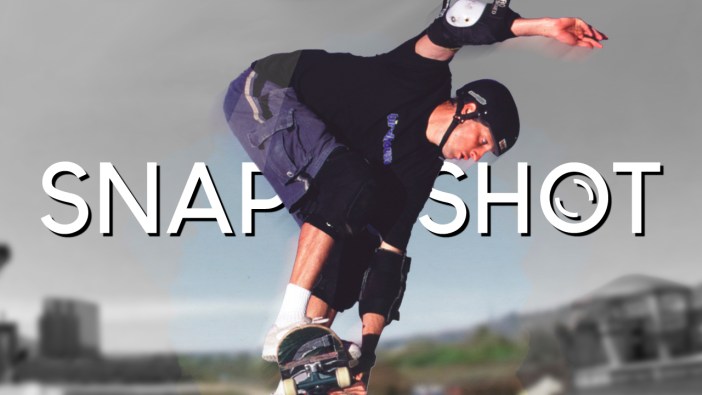 Pizza Hut is partially responsible for one of my favorite video game memories of all time. In the summer of 1999, the restaurant chain partnered with PlayStation on a series of demo discs that showcased snippets of some of the major upcoming games. The internet was still in its relative infancy, especially when it came to video clips, so having a means to experience these games outside the articles and screenshots of magazines like Electronic Gaming Monthly was a godsend. The first of these promotional discs contained a lot of exciting, but known quantities — Crash Team Racing, Final Fantasy VIII, Cool Boarders 4. But it also held a game completely unknown to me at the time, and over the span of its two-minute demo, I was introduced to the most effective video game demo ever made: Tony Hawk’s Pro Skater and its incredible Warehouse level.

The world of skateboarding and the culture that surrounded it was completely foreign to me as a 12-year-old kid from Wisconsin who spent most of my free time playing video games. So it was with this clean slate that I clicked into the Tony Hawk’s Pro Skater demo, figuring I’d give it a shot on a Friday night after I’d already gone through all of the other games on the disc. The first of many unforgettable details to hit me was the developer Neversoft’s logo, which featured an impaled eyeball still glancing around from side to side in place of the letter “O.” Perhaps a subtle omen of how I soon wouldn’t be able to look away from the screen.

We then cut to the game’s menu, which featured Brian Bright’s sampled music over a variety of options, most of which weren’t available for the demo. Scrolling through these unclickable buttons immediately showed off the game’s sense of style — the sounds used for all of these actions were simultaneously foreign and familiar. Choosing a deck made the sound of the wood crashing against one another. Choosing the tension of your wheels elicited the sound of a screw being tightened. Finally locking in a decision drew the sound of a kickflip. All of these decisions were ostensibly minor, yet substantial in developing an utterly fresh tone. 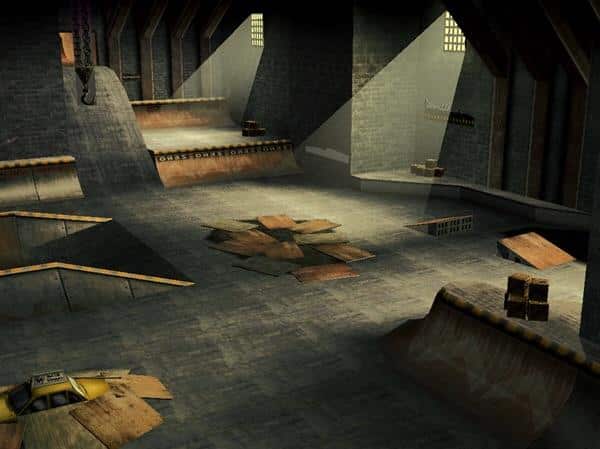 The level select screen showcased nine locations spread across the United States, with only one being available as a gift from the Pizza Hut gods — the Warehouse, located in sunny Woodland Hills, California. The loading screen displayed an array of scoring tips. “Get multipliers and combos for big spins. Combo into and out of grinds. Variety counts.” These are absolutely great bits of advice for how to succeed in the game, but at the time, I’m pretty sure I had no idea what any of it meant. To be perfectly honest, I’m not sure I knew exactly what a grind was. But by the time the Tony Hawk’s Pro Skater demo was done with me, I felt like I had just taken a crash course and passed with flying colors.

If a demo’s main purpose is to, you know, demonstrate a game, this was a perfect example of that. It might sound silly now, but the original Tony Hawk’s Pro Skater used familiar gameplay words and grammar to form completely new sentences. The game pulls in elements of other beloved genres — the spacial awareness of a shooter, the rhythm and dexterity of a fighting game, the problem solving of a puzzler, and the ability to plan your future movements of a platformer. But the way it packaged all of these principles into something new and exciting was remarkable. It was one of those games where a description or video wouldn’t get the point across — it truly had to be played to be understood.

I’d wager my avatar spent more time on his back than he did on his board during that first demo session. Getting down the timing of when to ollie, the angle to approach a quarterpipe, how far to push a trick before landing it, and extending your grind to the point where you bail just before wiping out all took quite a bit of practice. This new type of game required the communication between my brain and my fingers to be completely rewired. But that’s exactly what this demo was — a small slice that could be replayed over and over, continually delivering a more enjoyable experience as your talents grew. It introduced us to a brand new swimming pool, and it had the patience to give us unlimited time to jump in and get acclimated to the water. 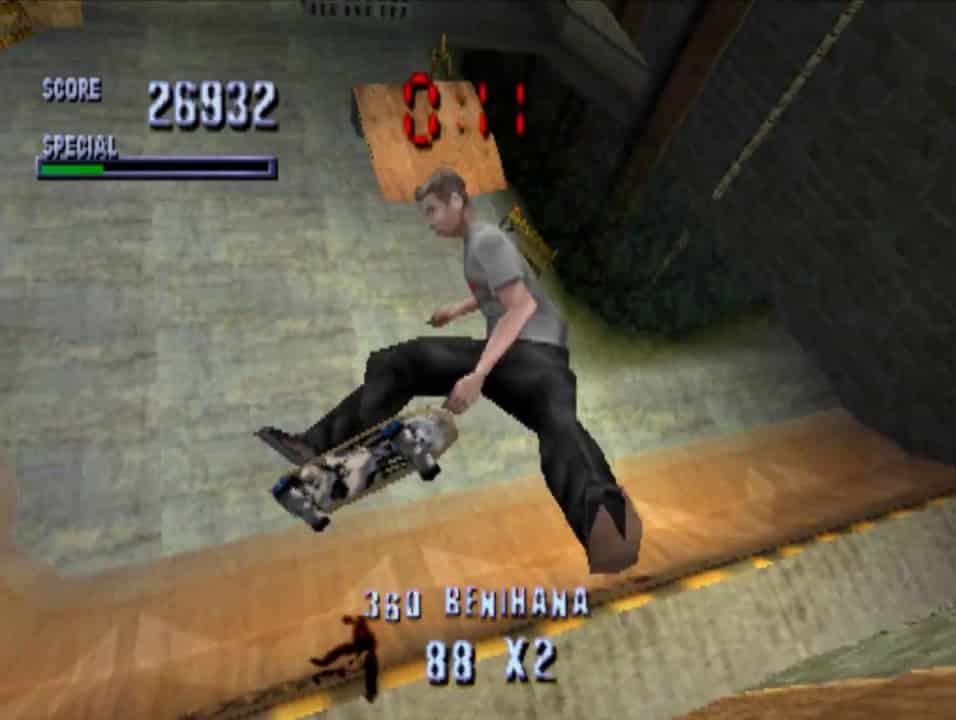 The physical layout of the Warehouse slowly slipped out of the game and set up shop in my head, carving out permanent mental real estate like only the most iconic games have managed, stuff like World 1-1 in Super Mario Bros., GoldenEye’s Complex map, or Halo’s Blood Gulch. Right now, I could draw you a blueprint of the Warehouse, complete with the location of every grindable surface, stack of crates to smash, and bonus point icons. It’s worth remembering.

And there’s no way to complete a look back on Tony Hawk’s Pro Skater’s legacy without talking about its revolutionary soundtrack, particularly the one song included in the demo — “Superman” by Goldfinger. The ska anthem contains such a palpable internal energy that fits perfectly with the game. Its brief rising intro that plays at the start of every run coincides wonderfully with the way the player crashes out of the starting room into the playground below. (Side note, Goldfinger released a quarantine video on YouTube of “Superman” — still fantastic.)

There’ve been a lot of great and memorable video game demos over the years: Super Mario 64 at Toys “R” Us in ‘96 a month before the Nintendo 64 had even launched, the Tanker bit of Metal Gear Solid 2: Sons of Liberty coming with Zone of the Enders, or even more recently Final Fantasy XV’s Episode Duscae. But even among these giants, the Pizza Hut demo for Tony Hawk’s Pro Skater stands tallest, because it had to do the job of teaching us a brand new language. And like all great Supermen, it was more than up to the task.