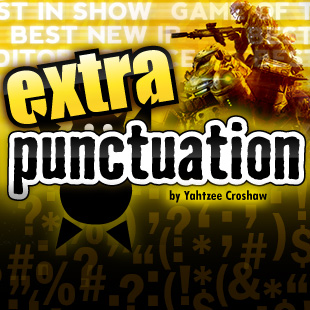 What concerns me about the games industry at present – one of the things, I should say, or we’ll be here all night – is what little connection there seems to be between the level of a game’s profile and its genuine quality. To put that another way, it seems like the experiences of players and the actual meat-and-potatoes content of a game have almost been entirely stricken from the agenda when it comes to the media surrounding the game. And the conversation always seems to mysteriously end when the game actually comes out.

Look at the box art for Titanfall on Google Image Search and you’ll see a medal pinned to it boasting that it received over 60 awards at E3. But that would have been when it was in preview form, before anyone had a full picture of the actual game. Sight unseen, the marketers dutifully plaster ads across billboards and along the sides of buses, cutting trailers together from the scripted spectacular moments awkwardly forced into the game, then putting them where they can get the most eyeballs. The media are subtly carrot-and-sticked into providing endless coverage that become more like coverage of hype surrounding a game rather than the game itself. And in more recent years you can add the courting of Let’s Players and such figures, those who have been rather coldly and euphemistically named ‘influencers’ by the businessmen who took notice.

But the moment the game is out, and placed in the hands of people with no vested interest in making it look good, then all of that seems to end. That which any idiot could have seen was the usual generic tosh is now revealed as such, but everyone stops listening. The machine has already moved on to start hyping up the next big thing on which hundreds of Christmas bonuses depend. Over and over again this happens. I know full well I am not telling you anything you do not already know, but I just want to ask – you do know that this isn’t cool, right?

I mean, ‘triple-A’ used to mean good. It used to mean the very epitome of good. ‘A’ alone was supposed to mean top-notch perfection, and AAA was like three times that. But we have reached the point that ‘triple-A’ is now a term that I associate solely with negativity. Somewhere along the line ‘triple-A’ stopped being a label that is applied to a game after its good quality has been determined, but one that is applied before the game has even begun development, to describe the manner in which it will be created and hyped.

I feel like we’re all living in somebody else’s fantasy world. A small elite group decides that their riches and power means that they have control over the very fabric of the universe. They decide ahead of time that the game they are creating is going to be so amazing that it will be championed to the heavens, its name in lights and chanted by the adoring masses. And if the universe does not seem to agree with this position, they will use their power and wealth to put a facade around it so that it looks like it does. Poster campaigns and billboards and trailers, a bit of veiled threat to the media now and then. But it’s like a movie set in a desert. A dazzling exterior painted on canvas, and underneath, nothing. 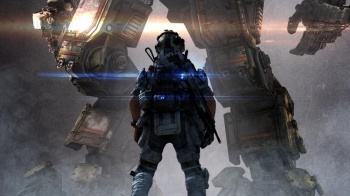 Like I said, this is nothing that hasn’t been more or less understood and accepted for a long time. But acceptance is part of the problem. We accept, and roll our eyes and mutter gravely about the soullessness of the whole over-moneyed business. We regard it the way we regard our dog wiping its bumhole along the carpet – not much more than an irritating inevitability of having a dog with an itchy bumhole. And by writing it off as an inevitability, we simultaneously absolve ourselves – there’s nothing we can do, we are but helpless victims of the itchy bumhole fairy. Some time ago, perhaps we would’ve slung the dog out, or at the very least shampooed the carpets, but the itchy bumhole has always returned with such persistence that we just can’t summon the energy anymore. And so our carpets just get bummier and bummier.

It’s quite a clever thing the triple-A industry has done, all things considered. It’s managed to maintain a level of terribleness that continued along the same level without at any point ramping up so hard that it provoked outrage, but all the time it was gradually climbing without anyone noticing. We’re like the frog that stays in the water as it is slowly brought to the boil, not noticing the change of temperature until it’s too late. And yes, I know that this is a myth, but there’s no real equivalent for it among metaphors, and it’s so fucking illustrative.

It could be that we accept this because video games are still considered a niche thing (despite being used by what any statistic bureau would consider a majority) and we feel that we must accept the industry we have been given, out of fear that we will end up with no games at all. But I think the larger problem is that the internet has ensured that we receive a constant stream of news about companies being terrible, and then it just becomes white noise. We can’t get angry about all of it, so we just accept that this is what they do – they take the actual meat of things that we want and they pack it in layer after layer of make-up and sweet-smelling shit. Which would have been fine, as long as the meat stayed unmolested beneath all of that. It’s not difficult to ignore the make-up.

But the meat has been getting undeniably smaller lately, underneath all that glittery facade, and because we’ve been so accepting of everything so far, we accept this, too. New games psychotically play up the shiny spectacle for the sake of trailers and being intriguing at the single-glance level, while the actual gameplay being offered is being systematically reduced. Gameplay times are shorter. Content is lesser. Sandboxes are smaller. Levels are more linear and set piece-driven. This is all the shit that matters to me about games, the shit that used to be sacred.

Titanfall is two hours of content, sold at full price and dusted in the usual generic blinding pixie dust of current-gen. The audience will get the games it deserves, and if we just accept this sort of thing, then we have openly declared, like a victim of abuse rationalizing it to themselves, that yes, we deserve this. But what you deserve, what you are worth, is something you have to decide for yourself, because if you don’t, the publishers will decide for you. And they will tell you you’re not worth shit if you aren’t a suitcase full of money with a big pair of tits on the top.