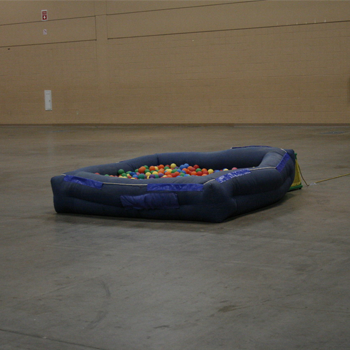 Mismanagement, cancellations, confusion and accusations of fraud fly at gathering of Tumblr users

DashCon, a startup fandom convention that aimed to be “the largest gathering of Tumblr users to date” took place over the weekend at a hotel in Schaumburg, Illinois… and has been widely described as “a complete disaster” with social media having been flooded since Friday night (July 11th) with reports of organizational ineptitude, poor planning, chaotic crowd behavior and shady, possibly fraudulent, financial doings.

Late Friday night, blogs and videos from attendees began hitting the web describing the dissolution of committees, disorganized (or nonexistant) panels, nearly-empty event rooms and alleging that minors were being admitted to sexually-explicit 18+ events. In addition, the convention’s most prominent celebrity guests, the Welcome to Night Vale podcast, canceled their appearance after discovering that DashCon’s organizers were unable to pay them as had been agreed. The convention staff offered to compensate those who had reserved seats for Night Vale with entry into a raffle and “an extra hour with the ball pit.” (Ball pit pictured above.)

At one point, panicked attendees were informed that the hotel hosting the event was demanding an additional $17,000 (owing to a supposed misunderstanding over whether DashCon would be required to pay before or after the weekend) or the con would be immediately shut down. An “emergency” fundraising drive was organized largely via PayPal (meaning that the money would not actually have been immediately available), the funds from which were for a time (and may still be) unaccounted for – as the hotel staff apparently denied having asked for it. (Blogs listing various other purchases and/or causes that $17k could’ve gone to instead appeared immediately.)

Meanwhile, as the fundraiser debacle was unfolding, there were reports (and scattered video record) of confused/upset attendees having turned their ire on the hotel and its staff… by “protest-singing” songs from Les Miserables, flashing “Homestuck gang-signs” and throwing up the Mockingjay Salute from The Hunger Games.

The hotel has not issued any sort of public statement. DashCon’s organizers have begun issuing statements, though the situation appears to still be unfolding.