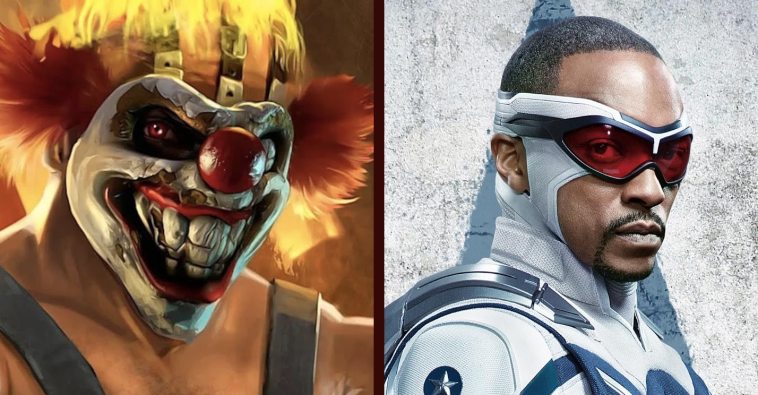 Sony is really trying to make Twisted Metal happen. Despite the franchise lying dormant since a reboot in 2012 and the premise being fantastically ’90s, the company thinks it has a hot franchise on its hands. Thus, we’re getting a live-action Twisted Metal TV series from Sony Pictures Television and PlayStation Productions, and it will now star Anthony Mackie as a “smart-ass milkman” living during the apocalypse.

“We’re thrilled to have Anthony Mackie on board,” said Asad Qizilbash, head of PlayStation Productions. “His ability to blend comedy, action, and drama is perfect for the Twisted world we’re creating.”

Mackie will play John Doe, a man with no memory of his past who sets out to deliver a mysterious package in a post-apocalyptic world alongside a trigger-happy car thief. Of course, in his way are a host of deadly cars trying to kill him, including Sweet Tooth himself.  The casting makes the Twisted Metal TV series feel far more real than previous reports of its being in production, and landing a big star like Anthony Mackie, who is now the MCU’s Captain America, definitely adds a sheen to a series that could have easily been considered trashy.

Sony is evidently very excited for the Twisted Metal show and is almost ready to start selling it to the highest bidder, meaning we should expect this to land on a major streamer sometime soon and not slip into the abyss that is Crackle. There’s some hope that this series could get the tone right as Michael Jonathan Smith, who has written for Cobra Kai, has been brought on board to write and executive produce the half-hour-long action series. Cobra Kai is so good at capturing the right balance of seriousness, nostalgia, and absurdity, so if that can be brought over into a show based on a game where cars shoot each other in arenas, then it could work. It also helps that the show isn’t based on the game’s storyline but an original idea from Deadpool writers Rhett Reese and Paul Wernick.