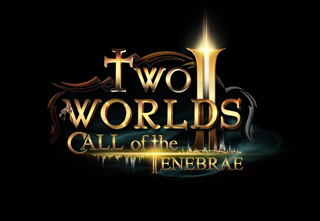 Earlier today, Topware Interactive posted a major announcement on their Facebook page unveiling their plans for the Two Worlds series. The first of these was confirming that Two Worlds III development had started.

“TopWare Interactive and Reality Pump studios have some exciting news! We are pleased to announce that after earning multiple awards and selling over ten million units, Reality Pump Studios has officially begun work on the third part of our blockbuster RPG series, Two Worlds!

Two Worlds III is currently in the concept stage and scheduled for development over the next 36 months. Keep an eye out for further announcements.”

But they had more news as well. To lay the groundwork for the next game, Two Worlds II was going to receive updates to both the singleplayer and multiplayer components of the game. They announced eight new online maps and two story DLC campaigns: Call of the Tenebrae and Shattered Embrace. The first of these DLCs slated to arrive Q2 2016, according to their website.

“The first DLC, entitled Two Worlds II: Call of the Tenebrae will be available at the end of Q2 2016 and focuses on the Hero’s return to Antaloor, where he witnesses the shocking murder of DarPha! The killers are a never-before-seen tribe of hideous, rat-like creatures known only as “The Chosen”, who control a mysterious, powerful new magic! Their genocidal plot threatens every living creature in Antaloor, and it’s up to the Hero to find a way to stop them!”

They also announced a new engine update for Two Worlds II, that will allow for a “higher level of character and landscape detail” along with co-op multiplayer and achievement additions to the game.