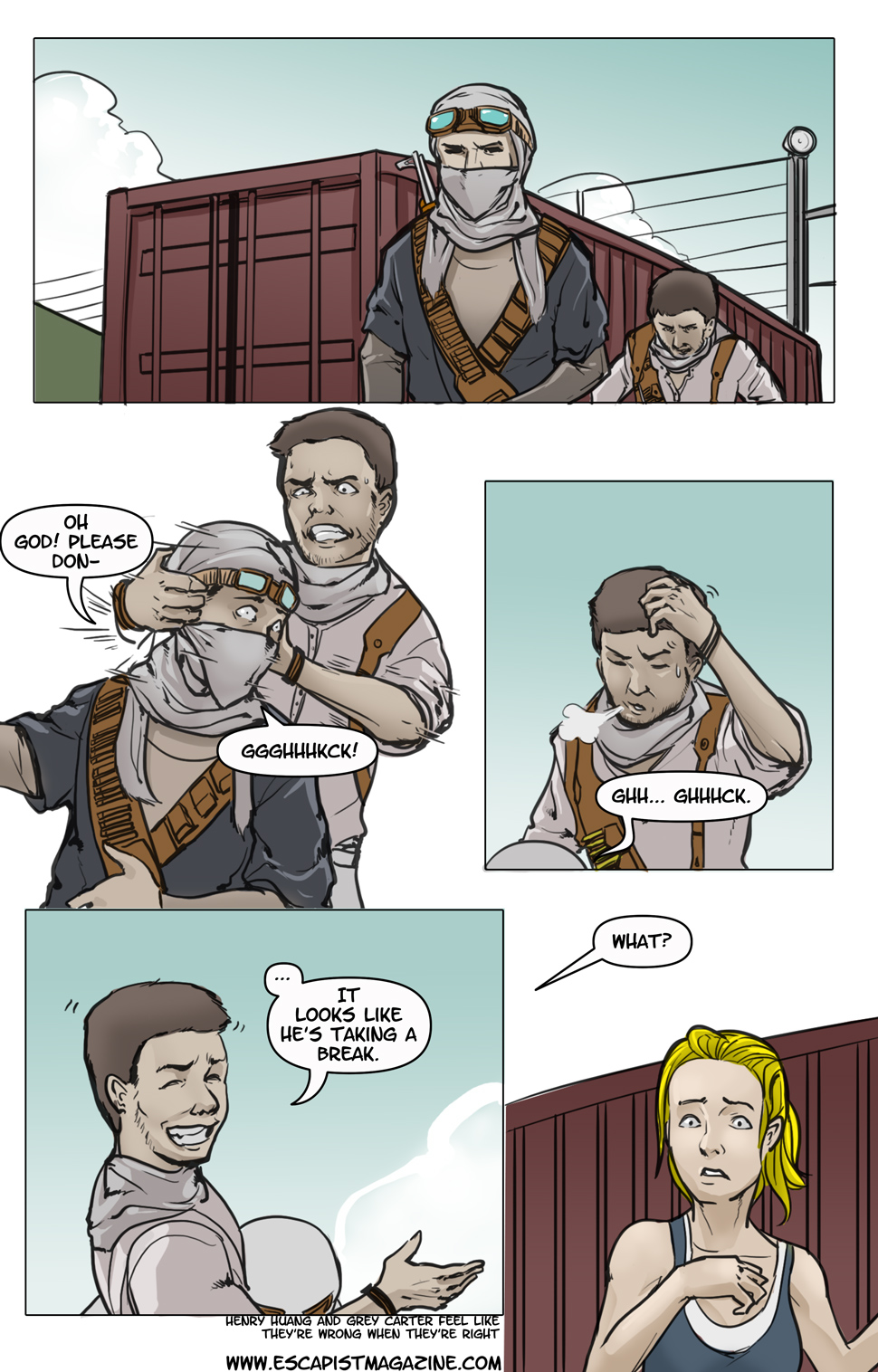 Cory has disappeared in order to do whatever it is he does when he’s not busy parsing my bullshit into something that resembles a comic strip. Luckily, the very talented Henry Huang has stepped in at short notice.

The conflict between a game’s mechanics and its narrative – “Ludonarative dissonance,” if you’re the kind of person who can say “ludonarrative dissonance” without feeling like a colossal wank-titan striding across the majestic masturbatory landscape of planet Palm – has never really bothered me. Don’t get me wrong, I love it when the Russians I’m gunning down in the shooty bits somehow exemplify the talky bits that come afterward. I’m just so versed in the quirks and tropes that make up gaming that I scarcely notice them anymore. For the most part, I see gameplay as something fairly abstract in the narrative sense, it’s a representation of what’s happening between story points rather than an exact retelling. Start counting the bodies or factoring in quickloads and, yes, things are going to start looking a bit squiffy on the characterization front, but that strikes me as a trivial by product of the repetitive nature of games. Singling it out for excessive criticism is akin to knocking a movie for having scene cuts, or going to a pantomime and complaining that the horse isn’t a real horse, it’s actually two guys pretending to be a horse. It’s a valid observation, and more power to anyone who wants to make it, but I, personally, do not give a fuck.

Which is funny, given that my job mostly revolves around spotting these inconsistencies and making fun of them. You shouldn’t mistake that for criticism though, because it isn’t.

So today’s victim is Nathan Drake, of Uncharted fame, because a) I don’t like him, and b) his stealthy neck break animation sequence has been making me wince for years.