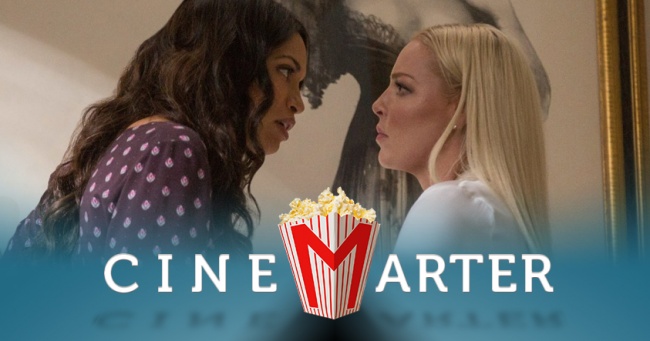 Have you previously, at any point in your life, seen a stalker thriller? If you have, you don’t need to see Unforgettable, which will probably go down as the most hilariously and ironically titled movie of 2017. This is the type of production that ends and then you wonder if you even actually watched anything – everything that happened is so pointless, meaningless, and boring that you will struggle to recall any of the events that transpired in the film. It’s a poor version of Every Stalker Thriller Ever, released in theater only because they got two actors in it who, at one point or another, were billed highly in movies that were also released in theaters.

One of those actors is Katherine Heigl, who hasn’t exactly been a draw lately. It’s been a couple of years since she was in a movie at all – and even longer than that since she either led one or didn’t see it go direct-to-VOD. However, in that period, she was in a little-seen movie called Home Sweet Hell, and audiences learned that she’s at her best when she’s playing an unhinged and psychotic character. So, now she gets to do that for an entire film – instead of, predominantly, just a couple of big scenes. 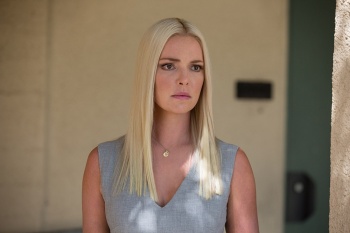 She plays Tessa, who is divorced from David (Geoff Stults). They have a daughter, Lily (Isabella Rice), and David has moved on. He’s in a serious relationship with Julia (Rosario Dawson), to the point that they’ve secretly gotten engaged. Julia moves to be with him in California, meets Tessa, and soon after finds herself on the end of weird/creepy/stalker-y events. The film wants us to guess whether this is Tessa or if it’s someone from Julia’s past – it’s never actually in question.

Actually, the movie does this a couple of times – hiding something crucial from us, only to reveal it a scene or two later, but to no impact or surprise. Tessa and David got divorced for a good reason, and the movie makes sure to stop anyone from revealing it a couple of times … before just outright saying it like it’s a big shock. It’s not. See also: a burglary scene from the burglar’s POV, as if to hide who’s behind it, only to show us who it was in the very next scene.

Unforgettable is a movie that is so utterly forgettable that its name feels like a direct insult from the filmmakers to the audience.

A lot of the issue there comes from the screenplay not providing us with much doubt that Tessa isn’t the perpetrator. It’s pretty clear that she’s not stable from the get-go, and even though other characters might think that she’s not doing anything wrong, we know the truth – leading to more frustration than suspense. The other reason is because this is about the only type of role that Katherine Heigl owns and, well, why cast her if she’s not going to do that? After all, she no longer sells tickets.

Most of what we see is just boring. Character stalks another character, messing with them and making them look crazy; guy doesn’t believe woman because the screenplay demands it; it escalates from there until there’s a confrontation and either the crazy or sane woman wins. Fin. I’m convinced that there are some movie screenplays – at least the outline – that you could write with a computer program, and Unforgettable‘s is one of those. It could be a poster child for the word “generic.” And, speaking of children, the one in this movie isn’t so much a character as a plot device.

The only good elements in Unforgettable are Katherine Heigl and Rosario Dawson. We know – well, those of us who saw Home Sweet Hell know – that Heigl can do this role and do it well, and when she gets to enter psycho-stalker mode, she’s actually a lot of fun. It’s a niche role, one that requires more intensity than range, but she’s really good at it. Dawson, meanwhile, is a better actor when it comes to almost everything else, and even in bad movies she usually turns in a decent performance. That’s true of what she does here, never phoning it in, but doing nothing to elevate a poor screenplay, flat direction, and 100 minutes of boredom.

Unforgettable, a movie that is so utterly forgettable that its name feels like a direct insult from the filmmakers to the audience, is Every Stalker Thriller ever, but worse in quality than most. It’s so generic, so boring, and so lacking in thrills, characters, and reasons to care that it’s much more likely to put you to sleep than anything else. Its two lead actors are fine but there’s nothing worthy of praise beyond them – and they can’t save an otherwise awful movie.

Bottom Line: A boring thriller, Unforgettable is the antithesis of what it promises.