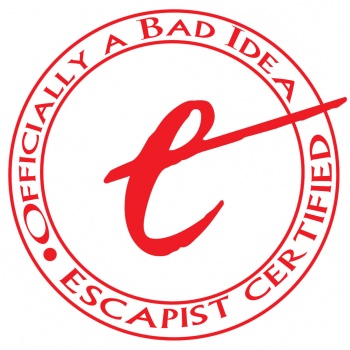 Just when you thought the story about Paul Christoforo couldn’t get any more ridiculous, the man turns things up to 11.

Moisés Chiullan has had a busy day. Since he took over handling N-Control’s PR after Roid Rage Nightmare Paul Christoforo, Chiullan has done a pretty masterful job of damage control. He’s managed to very publicly disown and denounce Christoforo (going so far as to say that there “isn’t a bus big enough for me to throw Paul Christoforo under”) and has personally taken to Twitter to answer people’s questions about the situation. Tonight, though, Chiullan set up a Reddit AMA to directly respond to all the questions and revealed that his predecessor isn’t done making life difficult for N-Control: It turns out the man is trying to extort some serious cash from them.

Earlier tonight, Chiullan tweeted that Christoforo was holding N-Control’s various email and social media accounts hostage. One of the first questions asked in the AMA was how this could happen. Chiullan’s answer is below:

I’ve been trying to get him to give up the access to these things he’s been holding hostage (email accounts, Twitter, etc) by asking nicely for a couple of days. The gloves are off now.

Paul told me on the phone two hours ago that “Eight months ago, I locked down all this stuff so they wouldn’t be able to fuck with me. If they don’t give me what I want, it’s war.” His demands include a contract written on his terms and substantial compensation, both immediate and for as long as the company continues to exist. He flaunted the PR debacle he created as proof that he “made the company a success”, citing all the media and public attention as the “best thing that ever happened to Avenger”.

He didn’t count on the fact that I anticipated all of this and have been a computer hardware and web tech since I was 14.

The thing we did have is control over the AvengerController.com domain. It was transferred away from its original account, which Paul has complete control of. Because of how GoDaddy works, that old account retained all of the email addresses and their master control settings (forwarding and so on). He has continued to respond to customer emails from his personal GMail account and lied to me repeatedly about doing so.

I tried to play nice, and Paul played stupid, acting like he didn’t have access to this master account, blaming his “Indian outsourced tech team” being on vacation. I gave him two days to give over N-Control’s digital property.

He finally leveled with me tonight that he knew I wasn’t that stupid and that he was lying about his access to all these accounts. That’s when he issued the above-mentioned threat. He reiterated that he had the hosting, email, and everything on lockdown.

This is just jaw-dropping. There’s no other way to describe the situation. Did Christoforo seriously think that Chiullan wouldn’t go public about this, when the past week week has proven that every time he opens his mouth he only succeeds in burying himself even further in the public eye?

So, let’s recap: Paul Christoforo’s history of terrible customer service finally caught up with him when he threatened a smear campaign against Penny Arcade. After realizing that this was possibly the stupidest thing he could have done in the videogame industry, he begged Mike Krahulik to make the collective internet mob back off (that sure as Hell didn’t happen). He then started giving interviews where he claimed that he hadn’t lost any other clients, Krahulik was unprofessional for not introducing himself, and he was really only sorry that he got caught being a jackass. And now, finally, he’s been caught trying to extort money from the clients he very nearly destroyed.

UPDATE: Apparently Christoforo has become much more cooperative since the AMA and this story went live. According to Chiullan:

Mr. Christoforo has very recently become much more forthcoming and helpful regarding a variety of Avenger/N-Control’s digital assets that we requested he return a few days ago (as mentioned below in detail). We thank him for his renewed helpfulness.