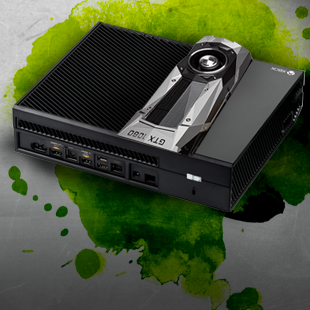 There’s been a lot of talk of late about Sony releasing an updated PS4 capable of pushing 4K resolutions. Add to that recent reports that Microsoft has two new Xbox Ones on the way, and you can bet there’s going to a crowded shelf at your local retailer. But new hardware isn’t the most interesting thing being bandied about – it’s the idea that you’ll soon be able to upgrade your console just like your PC.

Imagine if instead of having a new console roll out the door every five or six years, you could just upgrade the one you have, saving money and still being able to play all your games. It sounds like a great idea, but it runs counter to one of the biggest advantages consoles have – simplicity.

Consoles are popular, at least in part, because you don’t need any sort of specialized knowledge to make one work. You unbox it, plug it in, and play games. While that’s also true of some pre-built PCs, you can also sometimes spend hours troubleshooting your PC setup to figure out the one component that’s making your new game run strangely. In most cases, console games work every time you put them in, and that’s because the hardware, even if it’s a little dated, is consistent.

But in a world where it’s possible to upgrade your console’s hardware, that might change dramatically. Take as an example Xenoblade Chronicles for the 3DS, or rather the New 3DS. If you didn’t pick up the new, improved 3DS, you aren’t playing this game. But what’s the hardware difference? A slightly faster CPU and an analog nub. Those minor changes mean that anyone who wasn’t ready to pony up $199 for a slightly better 3DS had to skip that game. What happens when you need the latest video card module in your Xbox One to play the newest Gears of War, or another stick of RAM to get The Last of Us 2 to run?

If upgradable consoles become a real thing, the line between consoles and PCs will blur out almost entirely.

The problem with the idea of upgrading consoles is that eventually, someone gets left behind. In today’s market, developers are going to use every bit of power they can get their hands on, and that means that gamers who don’t (or can’t) purchase the upgrades won’t be able to play the newest games. We’re used to this on PC, and consoles have traditionally been the refuge from the need to upgrade (apart from new consoles every few years). If they’re going to go this route, what’s to set them apart from the PC? Exclusives? I don’t think so.

Consoles have moved from being machines focused solely on playing games to including social features, online multiplayer, streaming services, and more. Many of these changes have made consoles better, and added value for the people who are buying them. But in this newest generation, consoles have become more like PCs than ever, and the idea of upgrading would blur that line almost to non-existence.

What’s really concerning is that upgradable consoles would likely feature some sort of modular system. After all, no manufacturer wants to warranty a device that the end user has been taking apart and putting back together. While a modular system would make upgrading much more simple, it would also make it more expensive. We’ve seen how that goes. The Xbox 360 had a modular hard drive, and Microsoft was charging $100 for a 20GB hard drive at a time when you could buy a 200GB hard drive for a PC for the same price. Can you imagine what the upcharge for a modular video card might be? It would certainly dig into the claim that consoles are the more economical option for gamers. It would also remove choice, as you can bet that Microsoft and/or Sony would forge deals to bring only one brand of video cards to their consoles.

If upgradable consoles become a real thing, the line between consoles and PCs will blur out almost entirely. We might see console games have to start including video options, just like PC games. Either that, or we’ll see a huge fragmentation of the market, which would be bad for everyone. At that point, it’s likely that most people would just buy PCs and be done with it. After all, if you’re going to be forced to do upgrades anyway, you may as well get the machine that puts you in control of the hardware you’re buying.