Webcomics are a dime a dozen these days. Here are some of the best ones around.

Back in the day of the newspaper (remember those?) you were forced to read whatever horrible comics your paper happened to have syndicated. Now that we’re in the wild wild world of the world wide web, any artist with a domain name can try his hand at a webcomic, making us as consumers fairly spoiled for choice.

But, just like shovel-ware on the Wii, you’ll have to wade through quite a few… less than stellar webcomics to find the good ones. Thankfully for you, dear reader, we’ve gone ahead and picked out some of the best ones out there. Here are the eight webcomics you should be reading, aside from the ones that are already available on The Escapist.

The Adventures of Dr. McNinja 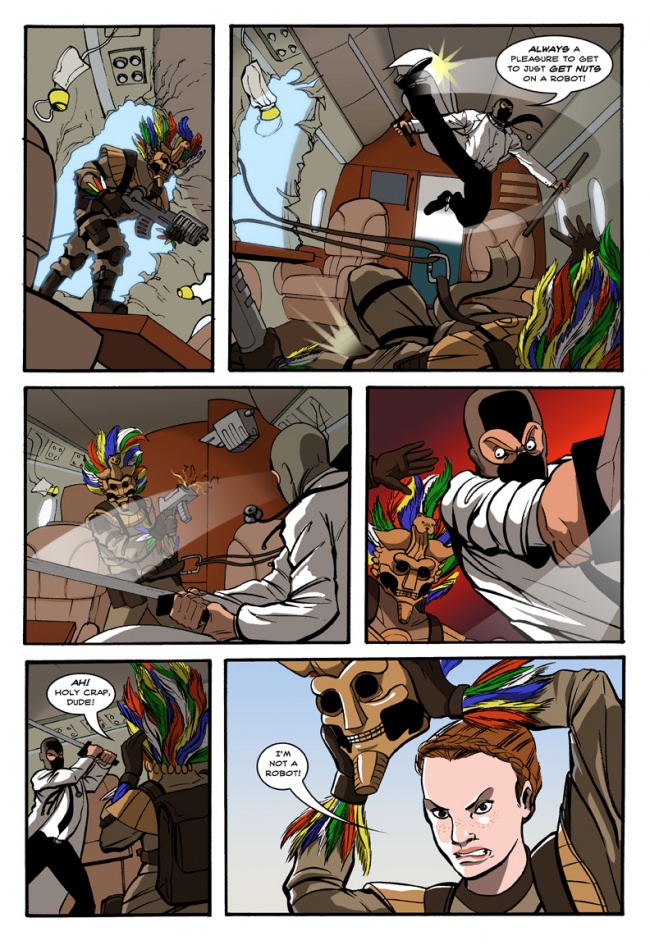 Dr. McNinja is a Ninja who is also a doctor. And Irish? Anyway, this incredible webcomic from Christopher Hastings follows the adventures of the titular Doctor, who, alongside his companions: Judy, Gorilla receptionist, and Gordito, raptor riding 13-year-old bandito, saves his hometown of Cumberland from the bizarre forces of evil. Hastings is a professional comic artist, working on the official Adventure Time print comics, so his artwork is absolutely beautiful, and second-to-none. The Advetures of Dr. McNinja is a serial, so you’ll have to start from the start to get the most of it, and it updates three times a week.

Saturday Morning Breakfast Cereal is one of the funniest daily webcomics out there. Artist Zach Weinersmith works tirelessly to give the comic the same daily update structure as those newspaper comics of yore, and more than likely manages to strike gold. His comic is completely non-consecutive, meaning that each comic can be enjoyed in any order you like. Don’t forget to click the little red button for a bonus panel! 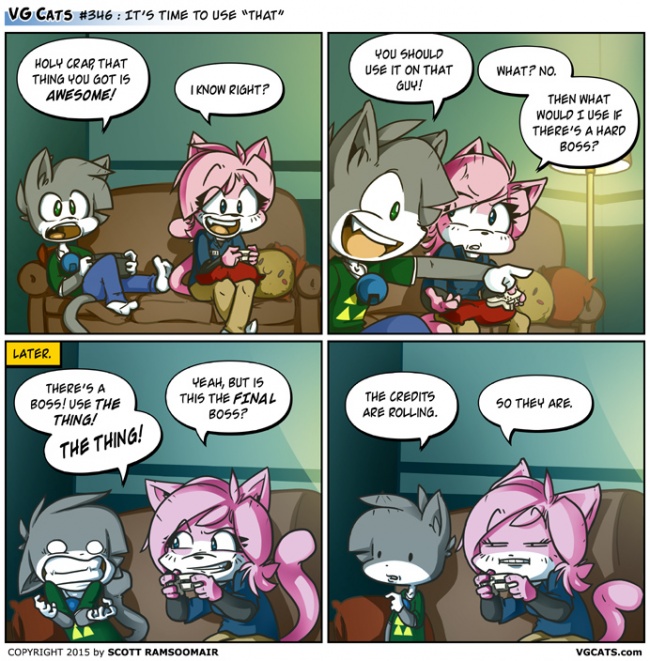 VG Cats, while not having the most… frequent of updates, is nonetheless an excellent satire on video games. Writer Scott Ramsoomair makes the comic loosely consecutive, meaning while you can read the comics in any order you like, there is a suite of main characters that do experience a little bit of character development over the years.

Awkward Zombie, from artist Katie Tiedrich is another gaming-related webcomic. It updates around once a week, and focuses primarily on parodying some of the more… ridiculous situations that can occur in the video game world. It’s completely non-sequential and has no main characters (apart from the author herself who shows up as a game-related version of herself occasional) so you can read it in any order you want.

PvP is the closest thing on this list to a “traditional” newspaper comic out there – a daily strip, usually three panels, following a group of characters that sometimes develop but more than often are simply a part of a one-shot situation. In PvP, you follow the employees of PvP Magazine (which eventually becomes PvP game developer), and all the hijinks that go along with working at a gaming magazine. 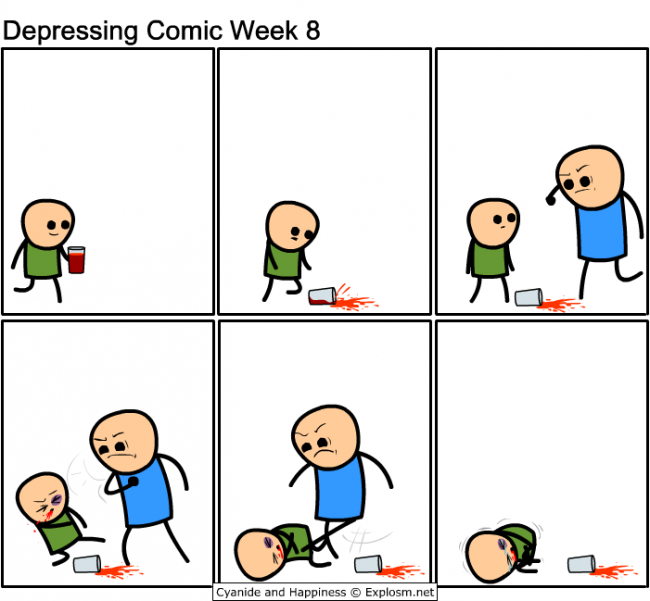 As you may have guessed from the title, Cyanide and Happiness is not a particularly… “politically correct” webcomic. Crude, rude, and produced by several different artists, Cyanide and Happiness strips poke fun at pretty much all of the shit you’re not supposed to poke fun at. Depressing Comic Week, as the name would suggest, is particularly macabre, and fantastic for those of you who are fans of dark humor. 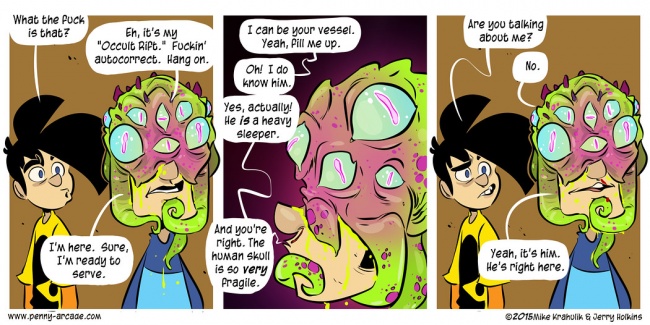 Penny Arcade is pretty much the progenitor “gaming webcomic”. It’s been around for so damn long, and has such a huge following, that it even has its own suite of conventions. Following the exploits of Gabe and Tycho, fictionalized personas of authors Mike Krahulik and Jerry Holkins, Penny Arcade pokes fun at current events in the video game-o-sphere. A must for anyone with even a passing interest in video games. 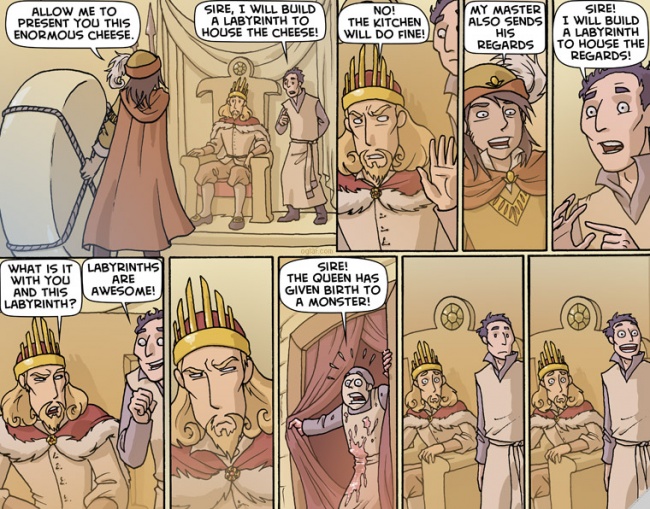 That’s all for this week folks. Please be sure to share any other webcomics you think are worthy in the comments below.

All images in this article have been reproduced with the permissions of each respective artist.