Editor’s Note: Since we should all be about 4 episodes into Season 7, maybe this will help sate your bloodlust for the next two months.

Game of Thrones is more than a fictional series. At this point, it’s a part of our culture. Fans want to go beyond the books and TV shows, and video games has them covered. Today marks the release of Telltale Games’ Game of Thrones Episode 2: The Lost Lords, but once you’ve finished that, we’ve rounded up eight mods that can take you right back to Westeros to get your Game of Thrones fix.

A Clash of Kings (Mount and Blade: Warband)

This Mount & Blade: Warband mod includes all of Westeros and the western part of Essos. It packs in 21 unique factions, each with custom facial features, hairstyles, and clothing. More than 1000 items are available, including many armor pieces from the TV show. Gather your army and ravage the countryside: Looting, pillaging, sacking, and more are all here. The beta test for the 2.0 version is underway now, with the latest ModDB update posted just over a week ago. 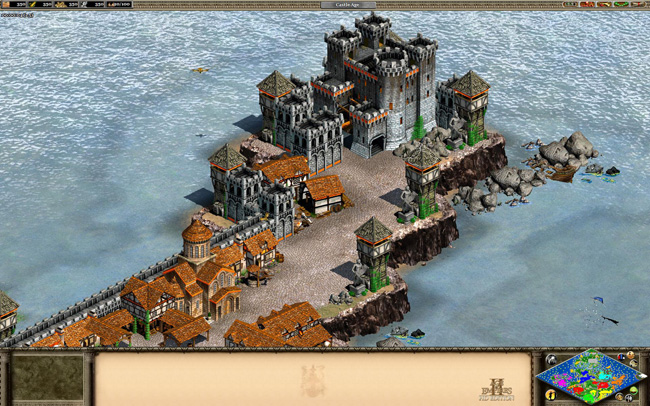 Grab it from the Steam Workshop 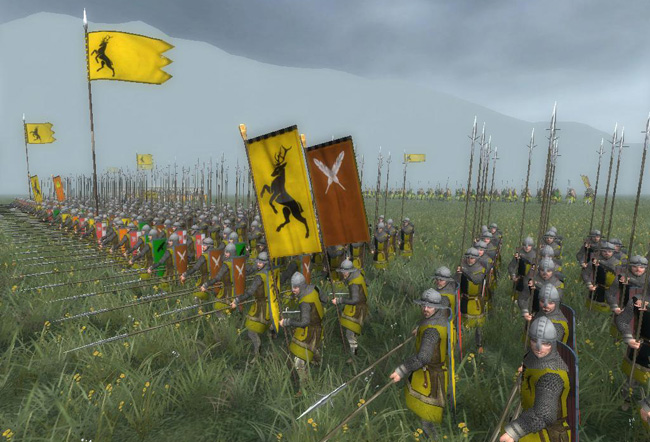 Set 1,000 years before the events of the books, Westeros: Age of Petty Kings is filled with characters based on the lore from that period. The Andal Kingdoms are embroiled in a civil war, and the four northern kingdoms are fighting among themselves and against invaders. This Medieval II: Total War: Kingdoms mod lets you fight to forge your own dynasty in the world of Westeros. 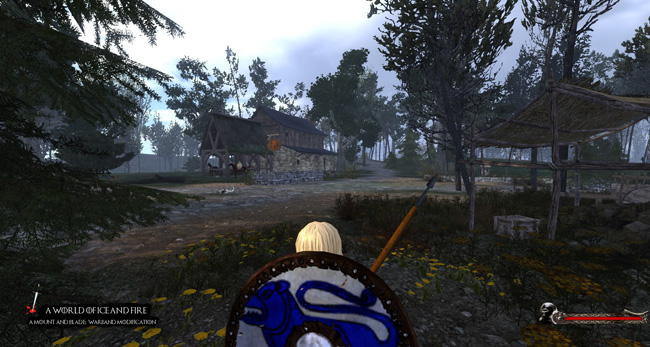 A World of Ice and Fire (Mount & Blade: Warband)

While this Mount & Blade: Warband mod is still in production, it’s a Game of Thrones conversion of the popular, highly-rated Brytenwalda mod for the same game, so it’s starting from a pretty solid base. New quests, new textures, and a new character creation system are just a very few of the host of features this mod add to the base game. The in-game map recreates Westeros and Essos, and is about three times larger than the base Warband map. Twenty different factions and lots of familiar characters mean that you should feel right at home* in this mod.

*If you’re from Westeros, that is 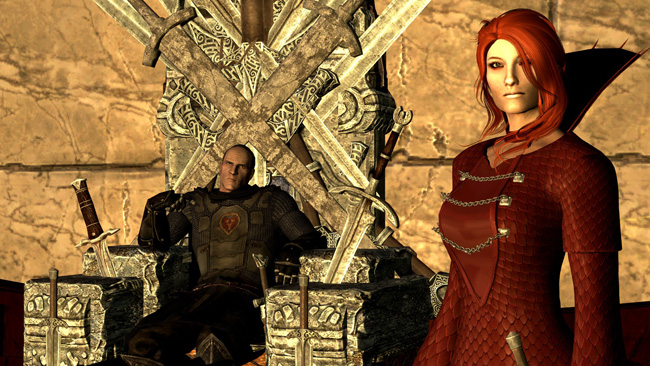 If all you do when you play Skyrim is wish that you were in Westeros, have I got good news for you. This Game of Thrones adaptation brings many familiar locations to Skyrim. All the cities and castles are in the right approximate position, the armors and outfits feature the crests of the Westeros houses, and a number of familiar companions await your call to join up. The story has been altered, and you’ll find yourself choosing to side with either House Stark or House Lannister as they vie for The Iron Throne. The install can be a little involved, but if you want Westeros in your Skyrim, it’s worth your time.

Grab it at Nexus Mods 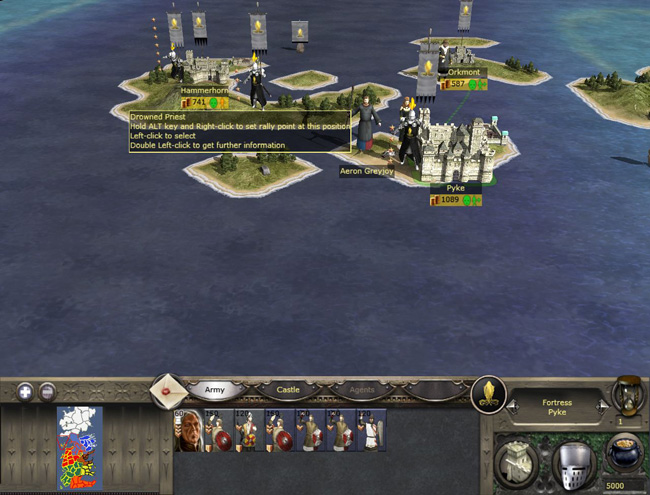 If you’ve dreamed of commanding armies and taking Westeros by the throat, this is the mod for you. Built on the framework of Westeros: Total War, a mod that has not been updated in some time, Enhanced adds in more characters, reworked family trees, local Kingships, and more. While this mod is a couple of years old already, it bring the Game of Thrones experience into Medieval II: Total War: Kingdoms, which could give you a reason to install it again.

Grab it from the Total War Center 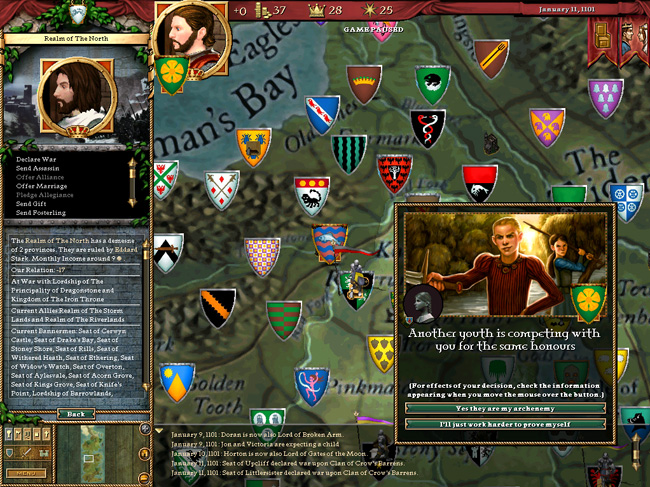 War of the Usurper (Crusader Kings)

This complete conversion for the first Crusader Kings offers up two scenarios. The first, Robert’s Rebellion, takes place before Rhaegar was slain on the Trident, pre-dating the books by 12 years or so. The second, The Winds of Winter, is set in AL 300 after Joffrey’s death. The mod features a re-work of the Crusader Kings DNA system, a new campaign map, and lore that is historically accurate to Westeros. 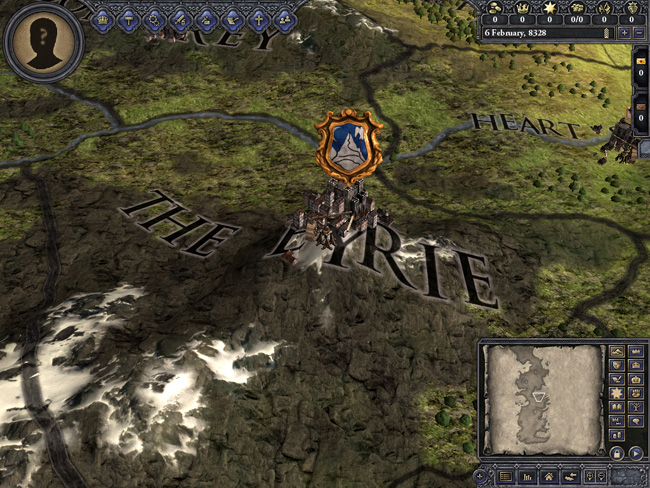 Breaking from the normal Crusader Kings II gameplay, this Game of Thrones mod doesn’t have players vying for control of several different kingdoms. Instead, they’re all fighting for a seat on the Iron Throne, as you’d expect. It adds a new dueling engine that lets lords face one another on or off the battlefield in single combat, and also adapts CK2’s in-game events to fit the lore of A Song of Ice and Fire. Rather than a full recreation of the books, this mod allows player to play in the world of Westeros and act out alternate scenarios. Imagine Robb Stark taking King’s Landing, or Robert dying on the Trident. It’s your chance to shape the future of Westeros.