Why settle for the default weapons when you can use one or all of these sweet weapons created by the community?

Here are eight weapons we love to use in our playthroughs. If you know of others, please feel free to comment and tell us about them.

Crossbows of the Commonwealth
Author: TrickyVein

This mod adds a M4A1 SOPMOD to Fallout 4, it is craftable at the chemistry station and moddable at the weapon workbench and also has custom fire sounds. 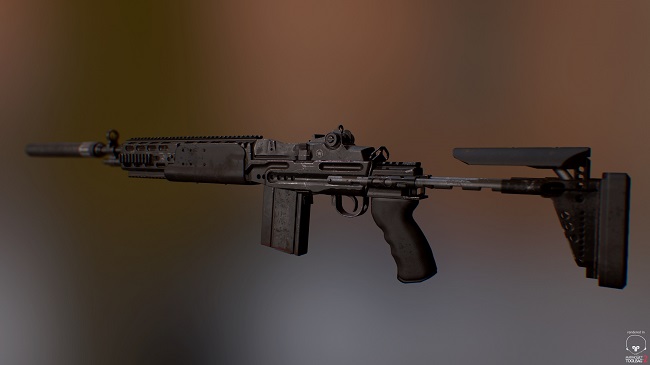 The rifle has a base damage of 55 33 (10% less than a hunting rifle stock). By default, it comes with a semi-auto standard receiver, short barrel, Mod 0 stock, ironsights and a flash hider. Available mods are:

This weapon is fully automatic and chambered in 5.56 Ammo. It has stats balanced between the Submachine Gun and the Assault Rifle. Fully upgraded this weapon is fairly accurate at medium to long range.

Based on the Vector Kriss Polymer SMG, it’s a compact close to medium range weapon. It’s not a heavy hitter but is quick with an advanced recoil system noticeable especially in fully automatic mode. The Vektor uses 10mm ammunition, with a .45 conversion available at a bench.

The iconic long range weapon of the Fallout Series makes its return as a fully moddable gun in the Commonwealth!

After much due diligence, I present to you, the SCAR-H. When you find it in the world, it will be in its base configuration, chambered in .308, at 660 rpm. There are both black and tan finishes for the receiver and magazine. Included, are two almost completely custom-made set of animations for both the barrel grip and the angled foregrip. This weapon is meant for any point in a playthrough, with receiver mods that make the weapon progressively more powerful as you gain experience and perks.

The “Kalash” is actually a combination of 6 different weapons. The AKS-74, AK-74M, AKSU-74, AK-105, AKM, and RPK-74. All of these weapons were designed by Russian lieutenant general Mikhail Timofeyevich Kalashnikov (Михаи́л Тимофе́евич Кала́шников) between 1947 and 1974. Ranging from semi-automatic to fully automatic, these weapons are very modular and adaptive. Even after almost 300 years, it remains the most popular and widely used assault rifle in the world because of its substantial reliability under harsh conditions, low production costs compared to contemporary Western weapons, availability in virtually every geographic region and ease of use. The Kalash has been manufactured in many countries and has seen service with armed forces as well as irregular forces worldwide, and was the basis for developing many other types of individual and crew-served firearms.

Carrie Fisher Won’t be In Episode IX After All