It’s human nature to remember the negative more than the positive which is why we always enjoy debating the terrible leaders of our time. But we can’t forget that we also had some incredible people who made a difference in our lives. Here are eight of those folks who we wish were still around. 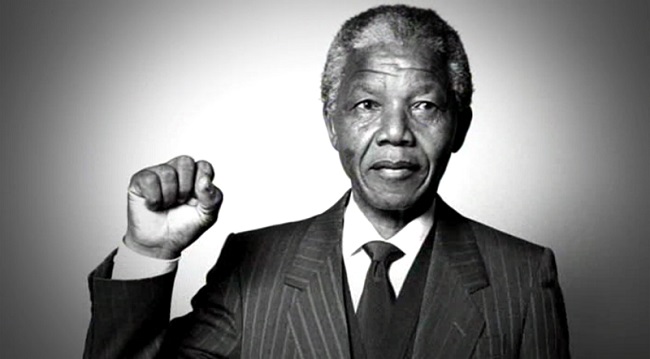 I learned that courage was not the absence of fear, but the triumph over it. The brave man is not he who does not feel afraid, but he who conquers that fear.

Nelson Mandela was a South African political activist who spent over 20 years in prison for opposing the apartheid regime. He was finally released in 1990 and four years later was later elected the first leader of a democratic South Africa. In 1993, he was awarded the Nobel Peace Prize for his work in helping to end the racial divide in South Africa. He is considered the father of a democratic South Africa and seen as an inspirational figurehead for his ability to bring together a previously racially divided nation. 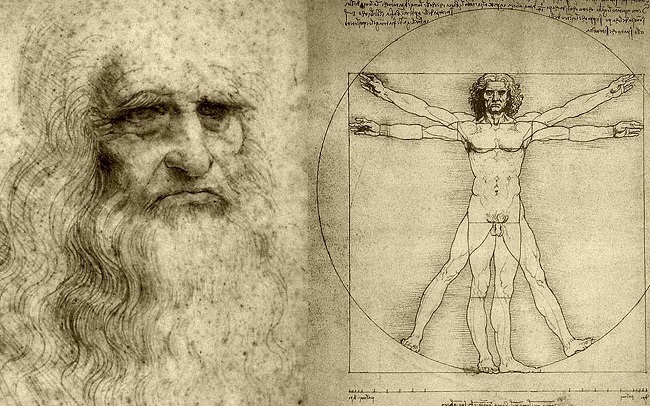 It had long since come to my attention that people of accomplishment rarely sat back and let things happen to them. They went out and happened to things.

Leonardo da Vinci is one of the world 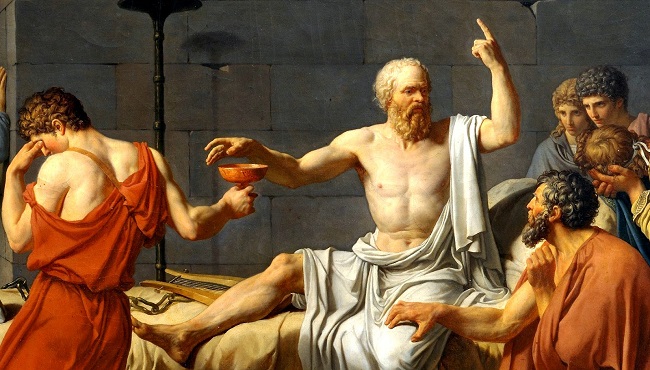 True knowledge exists in knowing that you know nothing.

Socrates was the original smart-ass. While none of his original work exists, we know of him and his teachings through one of his students – Plato. He was a Greek philosopher who laid the foundation for western philosophy and an inspiration in the values of western society as we know it today. He was one of the first to so defiantly speak out against a government whom he felt was corrupt or going against the people it was supposed to protect.

He is a man who felt strongly about the idea of free thinking and any suppression to this is a violation of human progress. So much can be said of this man and what he’s given to us in his teachings that it’s impossible to capture it all here. 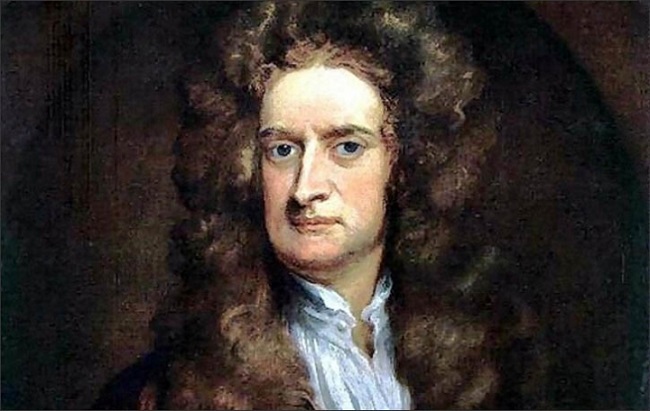 We build too many walls and not enough bridges.

Sir Isaac Newton is considered to be one of the original creators of physics and gravity mechanics as we understand it today. The most famous story about him is the apple which fell from the tree and hit him on the head. While this story may have been slightly embellished, it most likely had to do with an apple falling from a tree. This action caused him to try and understand the force that caused the apple to fall, and why it must fall if no other force controls it. Newton’s laws of motion are still taught in physics classes to this day and his discoveries helped usher in how we fully understand the universe that surrounds our little blue planet. 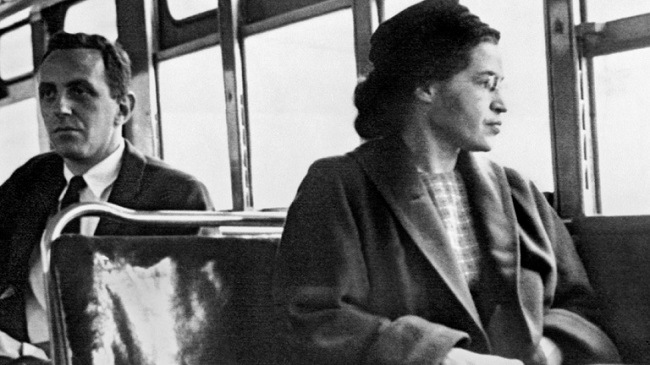 I have learned over the years that when one’s mind is made up, this diminishes fear; knowing what must be done does away with fear.

Rosa Louise McCauley Parks was an African American civil rights activist and seamstress whom the U.S. Congress dubbed the “Mother of the Modern-Day Civil Rights Movement”.

In an era of segregation in America, where black and white was always divided, Rosa Parks famously defied the status quo. The most famous story about this defiance is when she was going home from work. The law in the south dictated that a person of color must move to the back of the bus when a white occupant is around to fill the seat. She refused. Since she was violating these segregation laws, she was arrested for non-compliance. The story made the news and churches with black congregations and anti-segregation activists issued a boycott of the bus company until the demands of hiring black bus drivers and removal of the reserved seats, making it a first come, first serve basis of assignment. The boycott worked, and changes were made. This is, of course, a very compressed version of what happened, but nonetheless, her actions were the catalyst for the removal of the racist segregation laws in the South. 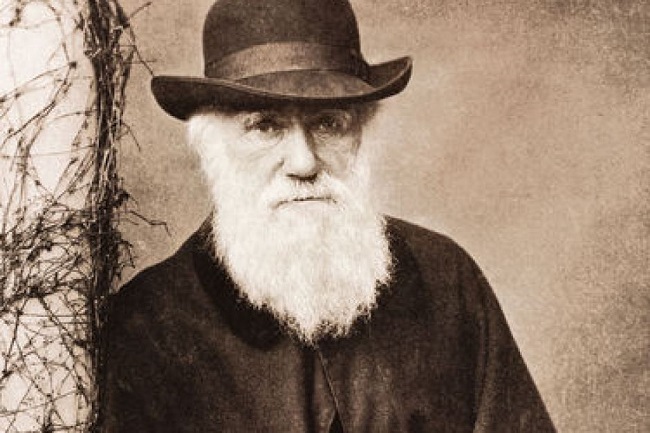 It is not the strongest of the species that survive, nor the most intelligent, but the one most responsive to change.

Charles Darwin was the creator of the theory of evolution as we know it today. He wrote and published a book titled “The Origin of Species” which detailed his belief in how plants and animals evolved from one type of creature to another. It was the basic principle of what we understand of evolution today and the foundation of biological science that deals with evolutionary theory today.

His ideas for the time were extremely controversial, as religion dominated the sciences when it came to how mankind was created. Any sort of idea that differed from the Bible was mostly rejected by society. It wasn’t until shortly after his death that his writings were taken seriously and what we know about the physiology of plants and animals was started with his experiences and experiments. 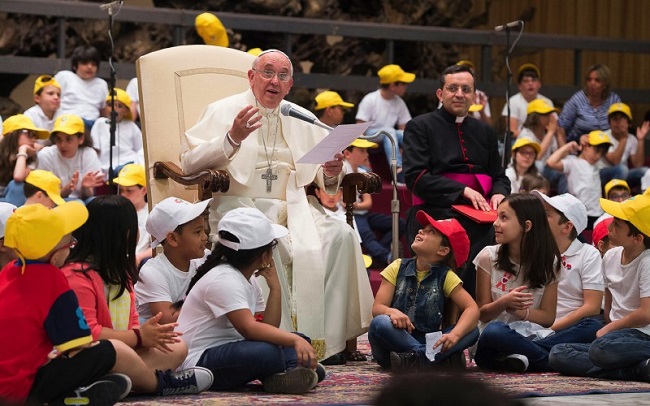 If someone is gay and he searches for the Lord and has good will, who am I to judge? We shouldn’t marginalize people for this. They must be integrated into society.

Pope Francis is the residing leader of the Catholic faith. Ever since his election to this office, he has made a mark in history, not only with Catholics, or those who generally follow the Christian faith but the world itself. While the previous Pope concerned himself more with “political” issues such as abortion, contraception, and homosexuality, Pope Francis focused on helping the poor and living a humble life. He rejected the lavish comforts of the Vatican residences that the Pope typically resides in for a more humble home and generally shows himself only in the most basic of attire.

He is the first religious figure in quite a long time that not only has the respect of those he leads but those who identify as atheist or agnostic as well. His desire to worry less about what people do with themselves and more about what they can do for others has inspired generations of people to attempt to follow a set of moral values of helping your fellow man. 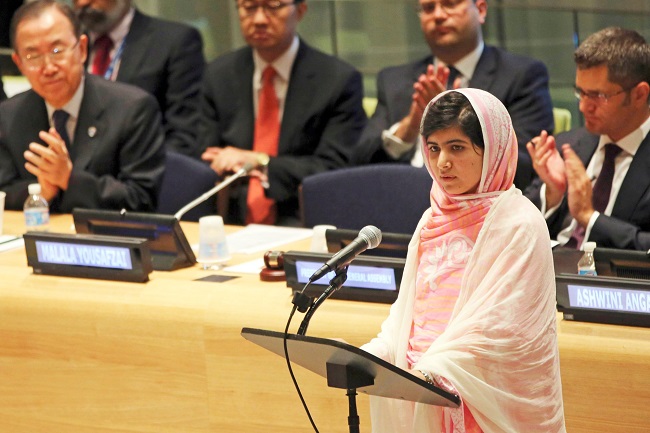 When the whole world is silent, even one voice becomes powerful.

The youngest person on this list and the most recent. Malala Yousafzai is a Pakistani student and activist for women’s rights in a society that follows a very rigid interpretation of Islamic law. This law states that women are little more than objects and property of their husbands. At her young age, she has openly defied this system in a culture that would absolutely kill her in the worst ways imaginable for daring to speak up against their faith. In fact, she was shot in the head at close range by a Taliban gunman for daring to speak out against them and thankfully survived. The Taliban is very much an influence where she lives and insists on staying there, helping other women by helping them with an education and providing skills that would otherwise be very much forbidden.

She is not afraid of those who would harm her the most and has a bravery that is hardly ever seen in another person, and she’s still only 19 years old and counting.