Post-apocalyptic games are always a fun genre. They basically go along the premise that we humans screwed up so badly that our world is totally destroyed. Could you survive with minimal resources in a world that can barely sustain life?

Here are eight great games that will let you play out this role and have a great time doing so. 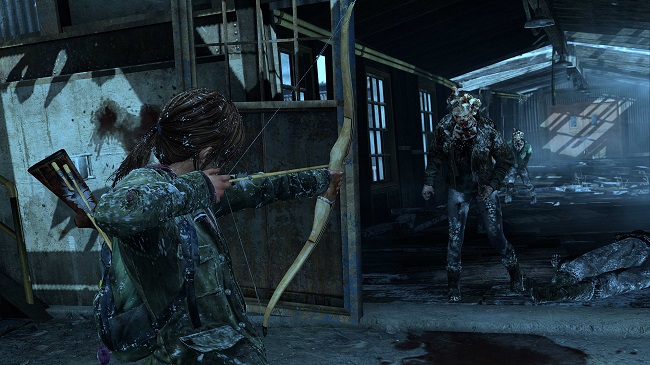 The Last Of Us: Remastered

The Last of Us is a game I’m jealous never made it to the PC. While many games of this genre give a simple storyline and just let you run around the world in a sandbox, The Last of Us has a good storyline that makes you feel emotion for the characters involved, especially your little teenage companion who, instead of enjoying a fun childhood with her friends and family, experiences far too much of the worst of what life can bring you, and far too frequently.

If you have a Playstation 4, this is an absolute ‘must have’ title. 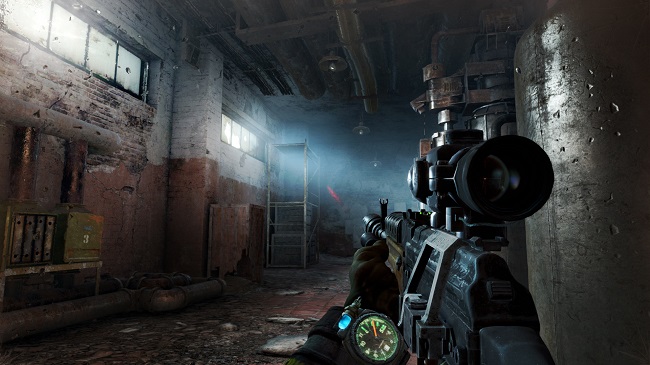 The Russians seem to have a knack for creating really good post-apocalyptic games. While many post-apocalyptic games take place somewhere in the US (because I guess that’s where it would happen first), the Metro series takes place in Moscow and its outlying areas. Which, I personally enjoy the change of scenery, even if it’s all destroyed. Metro takes place after a nuclear war devastated the world, and radiation has mutated creatures into crazy evil looking creatures that just ripped a hole through your nightmares. While it’s not as open-world as the typical post-apoc style game, the storyline gives you the feeling of one with a decent sized area to explore in each mission. 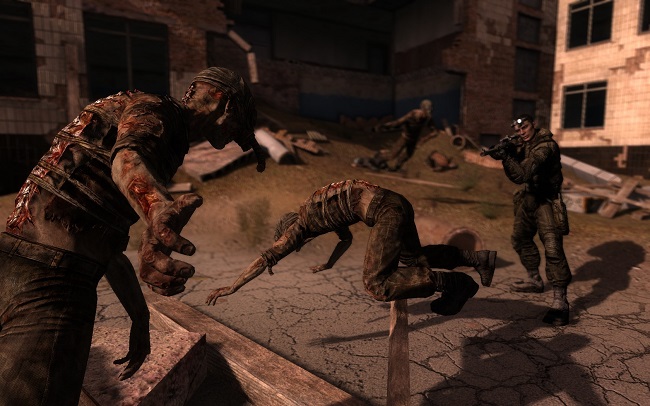 Another great post-apoc series from those crazy Ruskies, S.T.A.L.K.E.R. is probably one of the most difficult games on this list. The story takes place in and around Chernobyl, the site of the most devastating nuclear meltdown in history, and of course, that pesky radiation has caused chaos with anything living within “the Zone”. It’s usually compared to Fallout 3 with it’s gameplay style, but with other factors one must take into account. For instance, food and water isn’t just to repair your health meter, but required throughout the game to sustain it!

If you’re looking for a more realistic version of the Fallout series, this game trilogy is just right for you. 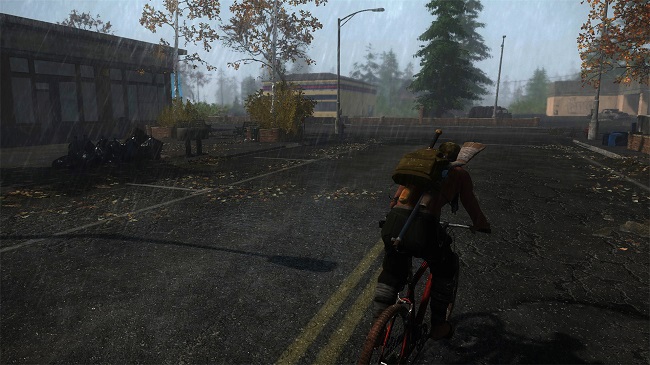 The only post-apocalyptic MMO on our list is here for a damned good reason, it’s fun. Most games of this genre are story-driven, being an MMO, you join this world looking to build yourself a new home. The story or stories you follow are your own choices. Just beware, it’s PVP. You best learn to defend yourself or expect to get killed a lot. 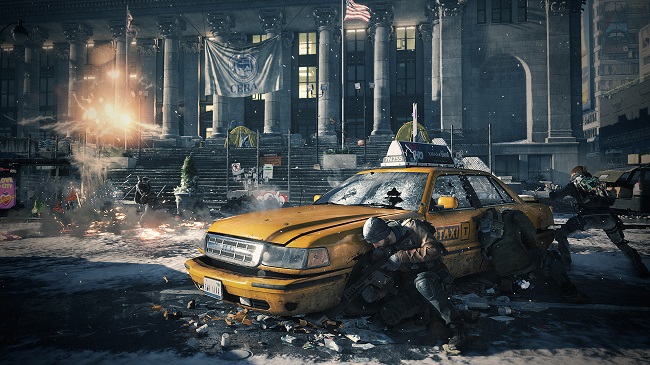 While many of the other post-apocalyptic games follow devastation through nuclear war, an outbreak of some human killing virus or mutants just going around eating people, The Division follows a slightly different path. On Black Friday, services in New York City begin failing and turning the city from a bustling metropolis into one of chaos on gangs trying to take over. Your job, as part of an elite team, is to retake the city and suppress these jerks who are taking advantage of the situation. It’s one of the more action oriented games on this list. 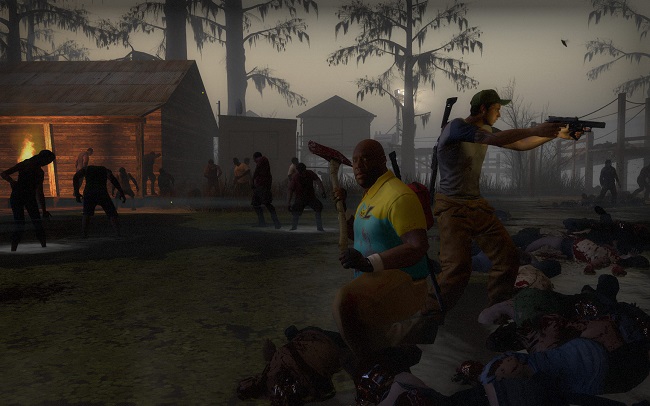 Dying Light is like a parkour running version of Fallout. You’ve been dropped on an island that’s been devastated by a virus that, you guessed it, turned everyone into zombies of some sort. You’re there to figure out what happened, and if true, who’s responsible. The navigation around the area is mostly done running from rooftop to rooftop and and slaughtering the zombies that aren’t going to overwhelm you.

There’s a crafting system, and nice skill system that will give you more and more advantages when you have to fight the horde. It also uses a day/night driven cycle. The Zombies are mostly complacent during the daytime and.. very.. active at night. If you want a challenge, crank up the difficulty and try to stay alive for a night. It’s not as easy as it sounds! 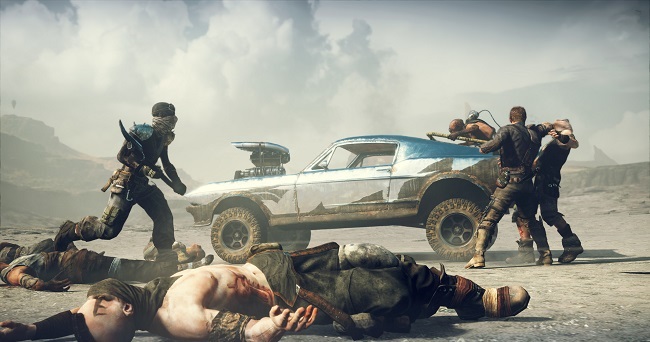 If I didn’t include Mad Max, I wouldn’t be fit to write a list about this genre. The movies are the defining series of anything post-apocalyptic and the video game is rather underrated. It’s an open world environment with lots of action and insanity galore! 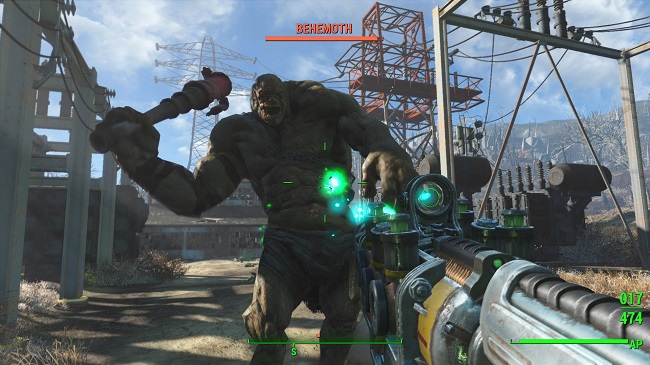 There’s a reason that Fallout is used as the standard that other games of this genre are defined by. Bethesda knows how to make a great RPG and did so with the Fallout series. It’s an open world environment with so much “little stuff” that it’s almost impossible to find it all in one play through.

The reason I specified Fallout 4 over the previous versions (all are amazing games) is the, now, built-in support for mods. The one great aspect of the Fallout games is how moddable they were, allowing players to customize their game as much as it would allow. There’s a ton of stuff already included in the game and the amount that can be done beyond this is only limited by how long players wish to create content for it.

Judging by the fact that there are still Fallout 3 mods being made as well, there’s a long time to go before it dies out.

Zelda: Breath of the Wild Will be the Final First-Party Wii U Game

EA Won’t Have a Booth at E3 Again This Year