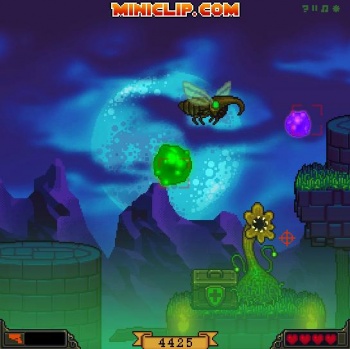 That’s what Graveyard Shift is all about: There are evil beasties that go bump in the night, and you have a gun with infinite ammo. Go have fun. It’s kind of like classic light-gun games such as Duck Hunt, only instead of ducks you shoot zombies, and instead of a dog laughing at you when you fail you presumably get mauled by the undead.

A warning, though: Graveyard Shift gets pretty tough after those first few levels. Saving the helpless maidens gets nigh-impossible, you’ll be trying to frantically last until the next powerup, and spam-clicking the entire screen like a particularly fierce section of Diablo II.

And it’s still kind of awesome.