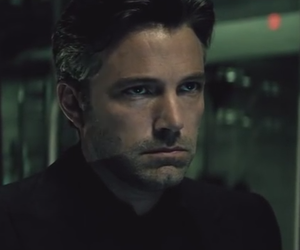 When you think Batman, you probably think about darkness in some way. His black suit, his Dark Knight moniker, how completely dark Gotham is. Darkness is a central theme for Batman, but that doesn’t mean we can’t have fun making light of the Caped Crusader.

Enter Bad Movie Drinking Game and their hilarious mashup of Batman v Superman and The Lego Movie. The video’s title, “Batman v. Superman: Darkness, No Parents”, pretty much sums it up. This glorious one minute video showcases scenes from the recently released Batman v Superman trailer as the backdrop for The Lego Movie’s awesome Batman song, “Untitled Self Portrait.”

Do yourself a favor and rock out to the video below. Just make sure your curtains are shut for added effect.