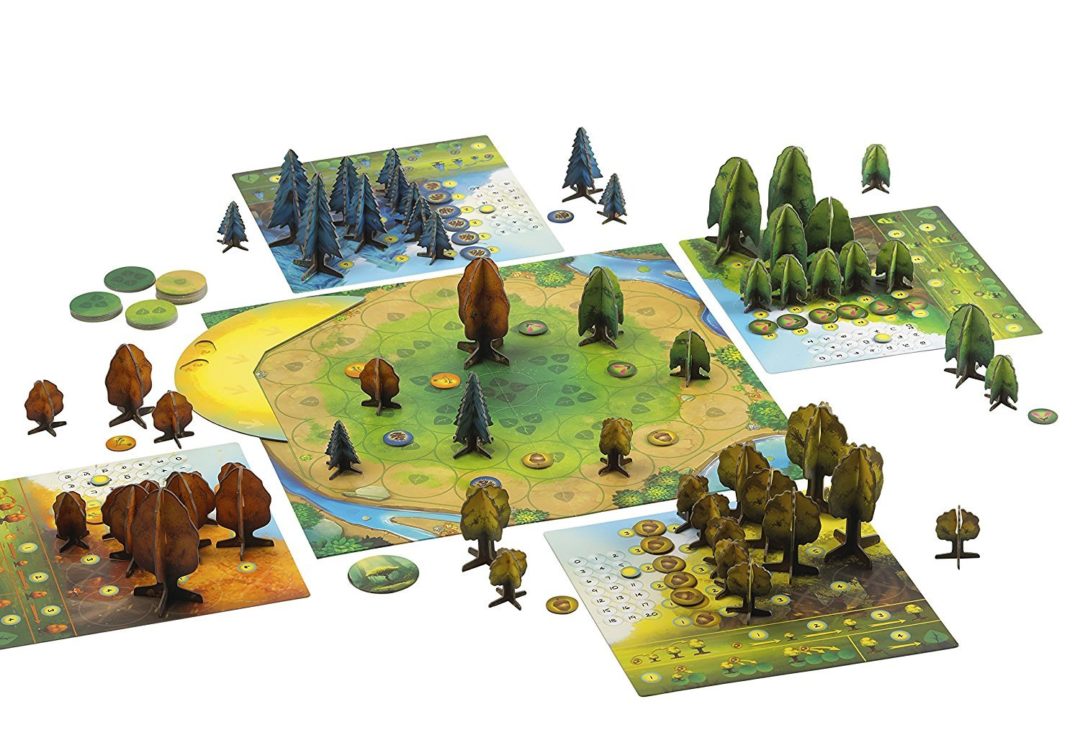 When people think of the phrase “survival of the fittest,” they usually imagine dramatic scenes like lions chasing a herd of gazelle and feasting on the weakest animal. But every summer, I plant a garden in my backyard and watch a slower if no less vicious struggle play out as my herbs and vegetables aggressively try to take up as much space as possible. When I’m not careful, I’ve found plants killed by their neighbors that have grown over them and cut off their access to precious sunlight. That fight for resources is at the heart of Blue Orange Games’ Photosynthesis, where two-to-four players compete to dominate a cardboard forest.

Players start by placing small trees on the edge of the shared game board and try to expand inward by dropping seeds, which can then grow into new trees. All growth is powered by sunlight, which is tracked on each player’s board along with all the seeds and trees you have available to grow. Pulling a seed or tree from your board costs a variable amount of sunlight based on how many you already have out, forcing you to plan ahead and try to diversify your strategy to be as efficient as possible.

Appropriately, it takes a lot less energy to drop a seed than it does to turn a medium-sized tree into a large one. Growth happens slowly, so players can’t jump a plant size twice in the same turn or even grow a tree and then use it to drop seeds. The bigger the tree, the farther it can spread its seeds, allowing players to reach from the periphery into the heart of the forest to secure the most sought-after soil.

Bigger trees are also capable of absorbing more sunlight, giving you the resources needed to keep growing trees and planting seeds. But you only earn the victory points used to determine the winner at the end of the game by completing a tree’s growth cycle, removing a large tree from the board and picking up a scoring token corresponding to the value of the soil it was on. Soil is drained of resources over time, meaning the first scoring tokens picked up are more valuable than later ones. The result is another trade-off between keeping the big trees on the board as long as possible to bring in resources and rushing to pull them off to claim the best tokens.

In Photosynthesis, whenever you remove a piece from the central board, it goes back to your individual board. The catch is that there are more pieces than spaces on that board, and if you can’t place a tree or seed on an empty slot, it goes back in the box and can’t be used again. I had to work hard to avoid this problem, which meant I had to take suboptimal moves, moving seeds and trees off my board when I’d rather be pushing my advantage by growing plants on the main board.

The really innovative mechanic comes from how those light points are earned. Each turn, the sun rotates around the board, shedding light on trees in its arc. But each tree also casts shade behind it, cutting off trees that are too close from earning points. This works against your opponents’ plants but also your own trees. Since seeds can only drop close to the trees that spawned them, some amount of clustering is natural, but you have to carefully cultivate your plants to avoid sabotaging your own growth. The wider reach you can achieve, the better off you are. 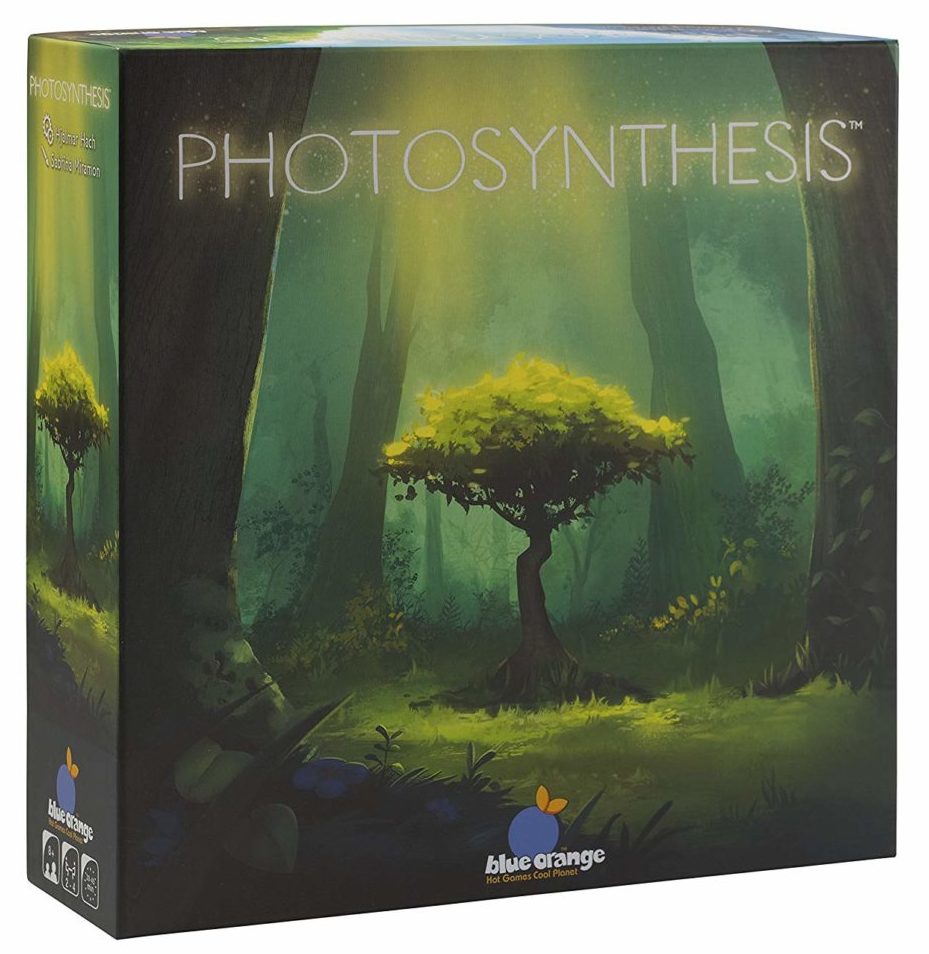 The rotating sun means the best placement is all about timing. You can grow a tree to cut off your opponents’ access during the next rotation, but if you focus too much on sabotaging others, you run the risk of being sun-starved yourself when the light moves. Turns tended to be very swingy based on which parts of the forest each player had colonized the most thoroughly.

As nuanced as it is, I found playing Photosynthesis to be highly intuitive. During my first playthrough my opponent and I had the same number of points, the winner being determined by the tiebreaker of how much unused light we had. But what struck me most about the game is the visual effect of the trees in various shapes, sizes, and colors spreading across the board. It made me want to play with the full four players just for the striking effect the variety of plants would produce.

Every turn when the sun moved, we’d analyze placing and overlap in a way that felt more like assessing the board of a tactical miniatures wargame than a traditional board game. But that’s part of the point. Photosynthesis is a reminder that the fight to survive and thrive is waged not just with fangs and fists but with roots and leaves. Now it’s time to trim my squash before it strangles the arugula.

Picard Looks to Star Trek’s Past to Explore Its Future