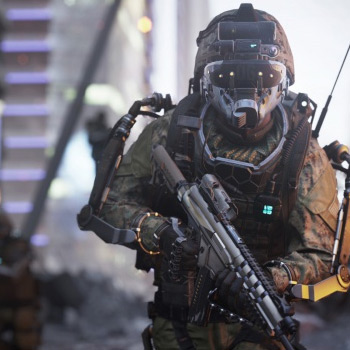 I hate it when I can’t sleep. As I get older, it is occasionally acid reflux, or maybe a sinus flare-up from allergens in the air. It could just as easily be that enlarged prostate that force me to get up every few hours to pee. Unfortunately, last night it was a combination of all three, coupled with an overactive brain so angry that I couldn’t keep the bile down any longer without putting this on figurative paper.

Damn you, Microsoft and EA for treating us like fucking idiots. Your press conferences this year were so devoid of substance that I walked away scratching my head at just how your E3 planning process works. Microsoft, your Xbox One is off to a slow start, thanks to your complete and utter disregard for gamers last year. You have spent much of 2013 and early 2014 backtracking to try to recover what you have lost. You really needed to knock us over the head this year and drag us back to your console with an E3 presentation that said “We are so sorry for misreading you last year. Here’s what we have to make amends.”

Instead you chose to lead off with another Call of Duty. We get a new Forza Horizon and a Sunset Overdrive. Yes, you focused on the games this year, but how could you relegate your #1 franchise to also-ran status by dropping Halo into the middle of the presentation as an “oh, by the way, here’s Master Chief”? Halo fans – remember the ones who have made the series a $3.4 billion franchise? – have been clamoring for this collection for some time. 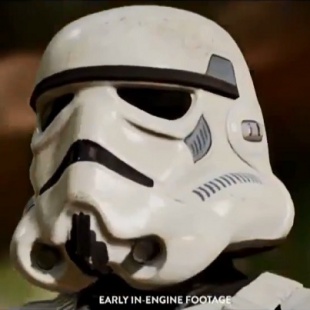 Granted, there are some who will be happy with what you had to show, but there were even more like me that were surprised that you used your position as the first E3 press conference of 2014 to play it safe. In baseball parlance, you needed a home run and you settled for leaning into a 95 mph fastball for a hit by pitch. You took one for the team. Bravo. And you wonder why Sony and the PS4 is kicking your ass.

And EA, good God, EA. Can you give us any more smoke and mirrors? Does anyone really care about what goes into developing Mass Effect or Battlefront? We know what Faith looks like in Mirror’s Edge. You teased us last year that these games were coming, and this year you still have nothing to show but a studio tour, more promises and more teases to wait until next year. Yes, you have your wonderful stable of sports games. Yes, you have cops and robbers wrapped in a Battlefield logo. But these are things to be expected, even if Battlefield is taking a slight detour from the norm. What we really wanted to know about and sink our chops into was some nice juicy gameplay for the titles you teased us with last year. Instead of a main course, you gave us little appetizers so small that we left hungry … and feeling cheated. You thought so little of us that you felt more teases would make us happy. Nope. All you did was piss us off. Gameplay is king, and you came off as a joker. 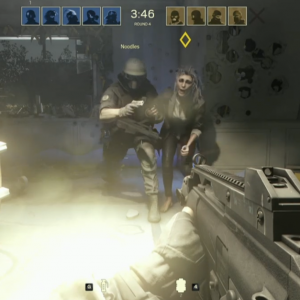 We had to wait until the third press conference for Ubisoft to give us something to sincerely buzz about. Yes, we had more Assassin’s Creed (Viva le co-op!), and The Crew and The Division, and we got a first look at more zombies or monsters in a setting of Victorian England with The Order. But Ubisoft learned from its Watch Dogs reveal two years ago that a new title with gameplay gets people excited. So they treat us to a franchise that has been dead to us for years in Rainbow Six and shock us further with a totally new title that was not Patriots. Siege was a treat and the first indication that a publisher was paying attention to its audience’s needs.

And then there was Sony. God bless you, Sony. Yes, you led off with a flashy trailer for Destiny, but you continued in rapid fire succession with surprises. LittleBigPlanet 3 for four players? Check. A remastering of Grim Fandango? Who the hell saw that coming? There were clever and fun trailers for Magicka 2 and Dead Island 2. There was Let it Die from Suda 51 and From Software’s Project Beast finally being unveiled as Bloodborne. Hell, they even revealed an exclusive character and level for Diablo 3 based on The Last of Us. Sony had so many surprises, you couldn’t keep up with them all. And when they finally ended with a tease to Uncharted 4, they had earned that right to be vague because of all the substance that came before it. And they continued to show why the PlayStation 4 deserves to be the #1 console right now. It was a great end to what started out as a day littered with bullshit. 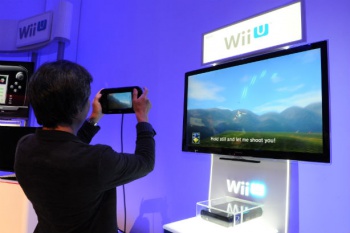 And finally, there was good ol’ lovable Nintendo, which has chosen not to have a press conference at E3 for two years now in favor of a more direct approach to its audience. Even then, they pulled a few fun surprises with new titles that they would have on the show floor when E3 finally opened its doors. Say what you will about the Wii U, but Nintendo continues to march to a different drummer and doesn’t care what the world thinks. But it does seem to sincerely care about making its fans happy.

So all-in-all, Sony cleaned up with a winning mix of new and old for its flagship console. Nintendo still made its presence felt, even without being here. And Ubisoft keeps reminding us that the show isn’t over as long as they have at least 10 minutes left to surprise you with something new that doesn’t have Aisha Tyler talking over it.

As for Microsoft and EA, take a hint and remember that – for the most part – your audience isn’t a bunch of moronic sheep. We expect and deserve better from you. It’s a shame you failed to see it.

Postal 2 Gets DLC 11 Years After Launch