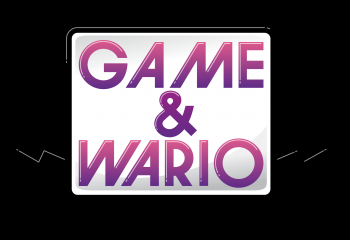 Game & Wario is pretty much exactly what you should expect from the WarioWare series at this point. At its core Game & Wario is a mini and microgame showcase with single and multiplayer elements. It’s a funny, entertaining game with a lot to do, and it builds on the gimmick of Nintendo’s latest console. In this case, the whole game is based around using the Wii U Gamepad and only the Gamepad. No other method of control is ever used. It could have gone wrong quickly, but for the most part the individual games – there are 16 in all – control in interesting or unique ways. What brings the game down, though, is a lack of the kinds of depth that gives players a reason to return to the game over and over.

There are twelve single player options in Game & Wario, two of which can actually be played as two player competitions. Every game is invested with quite a bit of depth, and more often than not has a good number of stages to play through, along with a free play, endless, or arcade mode after that. Plenty of games have fascinating new styles of play, like using the Gamepad as a camera that you have to move to get photographs from afar, or using the gamepad as a secondary battleground should you get overrun on the TV screen. Some of them are particularly inspired – like a game that challenges you to draw precise measurements on the gamepad, like 35 degree angles, 1.5 inch lines, or 2.25 inch diameter circles. Some of the games are mediocre – like Taxi, where you simultaneously pick up passengers and fight off aliens with a laser bazooka. Wait. That’s an awesome concept. How was that not one of the best?

There’s also the expected game that’s actually a spray of WarioWare style microgames, with an added second screen element taking advantage of the TV. Taking advantage of the TV, though, is all too rare – the problem with most of the single player games is that they don’t feel like a console experience. They use the gamepad screen with occasional reference to the TV, or no reference to the TV screen at all. It doesn’t make the game less fun, but it does give a sense that the console is being underutilized. Finally, the real problem with the singleplayer games is that while many of them have depth, they don’t have the certain depth of play that makes you want to return to them. If you like one, there’s a few hours of play there, but returning to a game you’ve mastered isn’t going to feel very rewarding.

The multiplayer games are great deliveries on the Wii U’s use as a party console. They’re meant to be consumed in short bursts, one at a time, and three of the four can take up to five players. Of the four, the Pictionary-like Sketch is unabashed fun with a great library of things to draw. Disco, a rhythm game where one player creates a pattern along with music for another player to follow, is fun, but can be very difficult for those without a good sense of the beat. The others are fun games with a large number of random elements – they can be frustrating for the intensely competitive, but are great for a relaxed atmosphere and casual competition.

Game & Wario is a fun experience – it’s hard to deny the appeal of a gaggle of silly games with pretty, stylized animation. The depth for the individual games is there, but the desire to replay the whole of the game is not. For most folks, this is a pretty average, fun game that you’ll like a lot while you’re playing, but it’s not going to be the highlight of your year by far. If you’ve got kids, this is the sort of short-term playability that will do well in your house. If you’ve been consistently satisfied with WarioWare titles in the past, then you should absolutely go ahead and grab this one – Nintendo hasn’t let you down at all.

Bottom Line: You’ll have fun while you’re playing it, but the lack of depth will cut into the single player experience after a few hours. The multiplayer is very enjoyable, but not strong enough on its own.