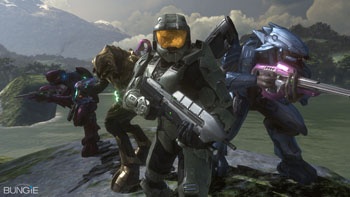 Gamers have an undeserved reputation for being cynical when, in fact, we’ll lap anything up. The exact same sports game you’ve been playing for the last ten years, now with updated rosters? Sign me up! Downloadable content where I have to pay for stuff I used to get free? Here’s my wallet, go nuts!

You can see this in our obsession with events – literally with big shows like E3 or TGS, or with event titles that mirror the launch of movie blockbusters. In recent years, escalating budgets have led gaming, just like the movies, to base itself increasingly around “tentpole” games: big-budget, heavily-marketed, surefire hits that can absorb the losses of the lesser titles that these behemoths steamroll over. Yet whereas summer tentpole movies are written off by movie critics as the meaningless fluff they almost always are, gaming’s critics seem to take joy in riding along with the hype, and giving review scores as much to the marketing campaign as to the game.

The near-universal perfect scores for games like Halo 3 (Metacritic average of 94) and GTA IV (Metacritic average of, do my eyes deceive me, 98) are one obvious indication of this. In fact, for all our alleged cynicism, it seems that review scores just keep going up. I remember a day when a game used to have to innovate, dazzle the senses and play like the bastard lovechild of Mario and Sonic to get top scores in the prize publications, but these days it takes comparatively little to satiate both gamers and critics.

The year-old BioShock is one of the most egregious examples, a decent shooter with an intriguing story and a wonderful atmosphere that is brought up to the levels of The Iliad and Citizen Kane by over-eager critics. “The complexity and sophistication of BioShock…showed that gaming creatives have learnt every lesson cinema and TV have to offer,” declared the otherwise sensible Rob Fahey in the Times , somehow forgetting the fact that cinema and TV creatives learnt long ago the importance of good final act.

It’s no harm to be excited about big titles – BioShock is a fine game, as are Halo 3 and GTA IV, but to read the fawning praise for it on the ‘net you would think they were the second coming of Christ, reincarnated as a young Elvis. Why are we giddily getting ever more excited about gaming, to the point where capable or enjoyable titles are elevated to the level of high art? Why are game scores spiraling out of control?

A quick look at two of the more respected journals of the industry, Edge and Famitsu, paints an interesting picture. These two publications, once legendary for the rarity of their perfect scores, have recently been handing out top marks like they’re past their expiration date. Japan’s gaming bible Famitsu began its Cross Review section in 1986, and twelve whole years passed before a title was deemed good enough to get a perfect score. 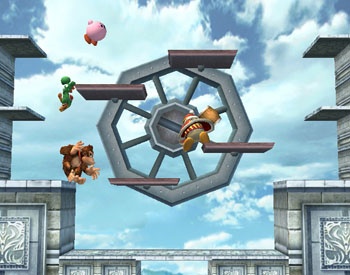 Think about the classics that went by un-perfected before the seminal Legend of Zelda: Ocarina of Time was judged good enough to be perfect. Since then, there has been an average of just less than one 40/40 score a year, culminating in two games – Super Smash Bros. Brawl and Metal Gear Solid 4 – getting top marks this year alone. It was the first time two titles have been awarded the score in one year, and there’s still four months left to go.

Newer on the scene, it was only 3 years before the UK’s Edge gave a perfect score to Super Mario 64 (a title that Famitsu judged to be a mere 39/40, incidentally). Edge has never been the huge seller that Famitsu is, but it positioned itself perfectly on the border between industry insider and distant, beard-stroking critic. Yet its descent into normality has been even more rapid, evidenced by the fact that while only one title of the hundreds or thousands released for the previous generation got a 10/10 score, four titles have already claimed it this generation.

Halo 3, The Orange Box, Super Mario Galaxy and Grand Theft Auto 4 have all been judged as “perfect” in just the past 10 months. Is it coincidence that two of the titles on that list were the ones boosted by the biggest marketing budgets this industry has ever seen? Let’s be clear here – I do not believe that publications like Edge are being paid off, literally or otherwise, though many publications out there undoubtedly are. It’s nothing so cynical, or even preventable – we’re just becoming more susceptible to the whirlwind of hype, commercials, junkets, and freebies at which the industry is gradually becoming better and better.

The fact that this is happening just as sites such as Metacritic are becoming ever more important to the industry seems unlikely to be a coincidence. It’s no secret that, devoid of any other way to judge their quality, many publishers now calculate bonuses based on a title’s Metascore or GameRanking.

Now, this isn’t necessarily awful. On the one hand, it is no bad thing for publishers to demand quality, especially from external developers, and to entrust that judgment of quality to a respected third-party aggregator rather than some other more arbitrary system. But on the other hand, this has made the review score into something more than one important factor in a game’s sales – it can mean the difference between getting your bonus or not, between getting paid or not. It’s not inconceivable to say that for some developers, the ethereal Metascore could already have been the difference between keeping and losing their job, their house, their marriage. 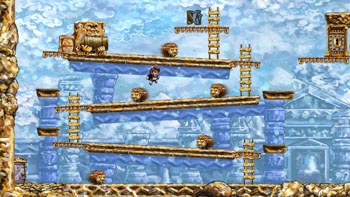 Former Gamespot editor Jeff Gerstmann told MTV’s Multiplayer blog the following anecdote in an article about the same topic. “I’ve gotten e-mails from developers over the years who have said, ‘I don’t think you realize what you’re doing to me with this review’ because my review knocked them out of the range of some bonus that they were up for… That’s something that really troubles me… When I’m sitting down to write a review I’m never setting out to think: ‘I am taking food off this guy’s table’.”

Not consciously, perhaps, but subconsciously it’s more than a possibility. In the young-male dominated games industry, it’s easy to make friend, and the boundaries of professional relationships are, like many tech-related jobs, hazy. Hey, if everybody gets pretty good reviews, B+’s and A-‘s, we all get paid and we all go home happy, right? But the reverse is also true – a critic at one of the publications that Metacritic rates as “influential” could now potentially punish an unlikable developer, not just with the traditional scathing review, but with real financial penalties.

In the defense of Metacritic, Marc Doyle, the Game Editor and one of the founders of the site,