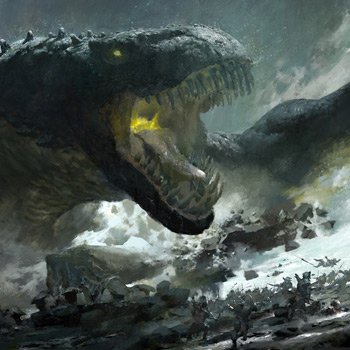 In a surprising move, the developers of popular MMO Guild Wars 2 announced the game would be going free-to-play starting today, in anticipation of its upcoming expansion, Heart of Thorns.

There was a time when Arenanet proudly proclaimed that the Guild Wars franchise wouldn’t meet the same fate as so many massively multiplayer online games before it. The game and its sequel had an income model more in common with traditional, offline games – you buy the game once, and you can play it forever; the company made money by selling periodic expansions. Today, however, Guild Wars 2 is going free-to-play.

This isn’t necessarily the death knell it sounds like; sure, this is sometimes the last stage in an MMO’s life before the servers are shut down for good. But story-driven GW2 still has a healthy player base. In reality, it looks like Arenanet is just trying to drum up interest in anticipation of the upcoming expansion, Heart of Thorns.

If you’re interested, the gallery below has some screenshots of new content, including a preview of the newest Profession, the Revenant:

Only the base game will be available to everyone; you can register and download the client at the game’s website. The expansions will all be available for purchase. And if you’ve already paid for the game? You’ll still be better off than the free players, with faster access to the game’s content, and more character slots, among other benefits.

Still, that’s an awful lot of very good game to play before you even spend a cent.

Any Guild Wars 2 veterans out there? Chime in! Is this going to be good for the community, in the end?

Shutshimi Seriously Swole Preview – It’s Like Contra, But With a Fish