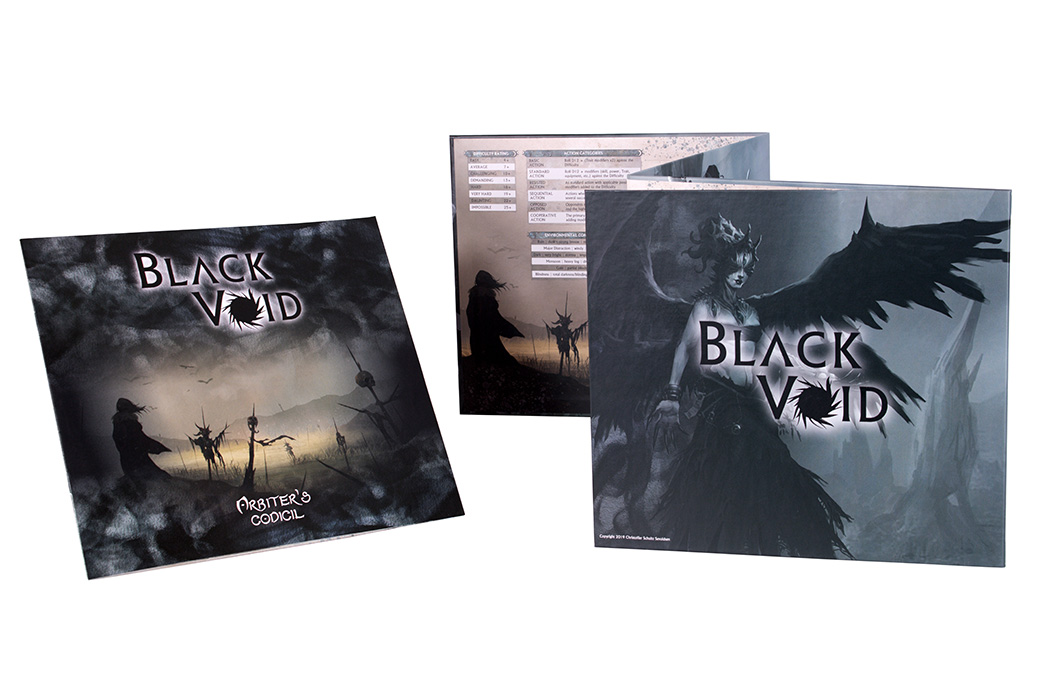 In this edition of From the Developer we asked Christoffer Sevaldsen, designer of the tabletop RPG Black Void, to write about how he tried to express the game’s complex morality and why he’s interested in cosmic horror.

In many stories, it feels convenient to know who the good guys and the bad guys are. It is comfortable to be able to put everyone into clearly labelled boxes, to know where they belong in the grand scheme of things. But does that approach make for compelling storytelling, and does it provide an exciting time during game night?

I’ve always been most interested in fiction that involved switching allegiances, profound character evolution and fervor-altering revelations. I indulge in the wonder offered by stories where story progression discloses diverse aspects and facets of situations or characters. A narrative where realizing that seemingly cruel or virtuous acts might not be definitive is much more interesting. That is exactly what I want the Black Void setting to offer players.

I sought to make Black Void multi-layered and provide a distinctive experience by introducing a complex morality intrinsic in the setting and permeating encounters for the players. The point of the game is not to be moralizing, provide answers or make judgements about ethics, but to spur roleplaying through the setting’s built-in cultural tension and dystopian environment. This is meant to inspire the players to explore philosophical aspects of their ethos and presupposed humanity. 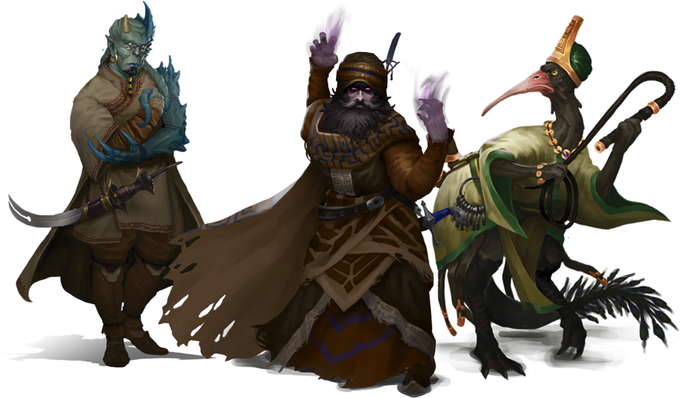 Retaining a believable and unrigid approach to the entire thematic and conceptual construct of the setting entails developing varying ethics and principles from the prevalent cultures and species that the characters encounter and possibly collide with without making them an actual game mechanic. I wanted to provide a foundation where players can choose to go into the game’s more philosophical and metaphysical aspects and explore a deeper set of quandaries.

Morality and ethics have always been a point of contention in the real world. As part of my scrutiny of ancient cultures for the game, it was evident that different ages and conditions impose a diverse set of values upon individual principles. As the Black Void RPG is based on ancient cultures and their encounter with otherworldly species, I found it intriguing to explore how the prevalent real-world notions of right and wrong and good and evil might not apply to the characters in the game.

Black Void enables Arbiters (game masters) and players to focus on areas where it is not about “good versus evil” and to take a less rigid outlook by probing the grey areas where morals are points of view and conventional conjecture is non-existent or irrelevant. The basis for this is provided in the very outset of the game. Ancient humans are something close to refugees in an unfamiliar Cosmos, surrounded by species of different creeds, philosophies and views. Mankind is compelled to evaluate their ethos while perhaps being faced by possibly bizarre notions of morality from otherworldly species.

The game asks questions such as how do human principles work when their ethos and culture are largely gone, and do such notions even have meaning or resonance in a place where the dominant species are otherworldly and alien? The prevalent tenet in Llyhn — the main location in the game setting — is might makes right, which is problematic if you find yourself at the bottom of the hierarchy, as mankind does. Slavery is ordinary, while a strict caste-system keeps those without power in check. The high castes can exploit others with little threat of repercussions.

This is the environment facing the characters. It is up to the players to find a way to navigate this miasma while possibly retaining or establishing their humanity — whatever it turns out to be — in a setting which is profoundly inhuman. Moral application and judgement are influenced by the viewpoints and presupposed knowledge of individuals, as well as the surrounding setting, possibly making the characters face inimitable moral dilemmas that add to the already perilous encounters during sessions.

Another aspect of Black Void is the cosmic horror element infusing the setting. The horrors of the Void — oblivious ethereal depths beyond the apparent world — are a near-constant threat not just to Voidfarers travelling between worlds. As the metaphysical Veil between the Cosmos and Void fluctuates, ruptures can appear unpredictably to unleash the madness of the Mindless Ghostly Abominations upon the Cosmos.

As a fan of Lovecraftian horror, I enjoy the sense that there is something beyond the comprehension of mankind, something which can be felt but not understood until one reaches enlightenment, and perhaps not even then. The Black Void’s approach to cosmic horror is that the influence of the Void and its entities are somewhat pervasive throughout the game but don’t take center stage. The game is primarily devoted to continual struggles of mankind in an unfamiliar and callous Cosmos. 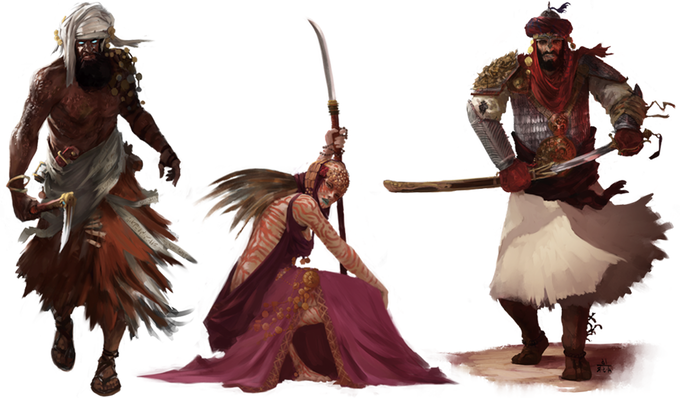 Arbiters can focus their games on the cosmic horror element as much or as little as they want, choosing how much to involve the Void entities and their uncaring, unknown and unknowable phantasmagorical existence. One aspect which is persistent is the distorting influence of the Void. Characters can travel its fluctuating currents, be exposed to emanating ruptures across the Cosmos, or dabble in Mysticism. The Void influence may eventually contort a character, changing their physique or mind, and even degrading them or bestowing them with inhuman Attributes and Abilities through consistent or sudden immense exposure.

The game’s cosmic horror element is embodied through the mechanics of enlightenment and madness. Madness deals with the frail mental capabilities of the characters in light of the onslaught of horrendous experiences they may be exposed to, while enlightenment enables the characters to intuitively understand the Void and thereby gain the ability to navigate its currents and perhaps even obtain powers and capabilities that are unattainable by ordinary humans.

The goal of Black Void was always to create a game with a variety of aspects as well as a deep and engaging setting for both Arbiters and players to explore and enjoy. The complex moral ambiguity and cosmic horror elements of the game are two prevalent aspects of the Black Void setting and perfectly underline the main focus of the game as humanity struggles to find a place in an unfamiliar Cosmos. Survival is only the beginning!

Christoffer Sevaldsen
Christoffer Sevaldsen has been creating stories, building worlds, and playing and GMing roleplaying games since he was 10 years old; first with the older kids in school and later in multiple groups, ASA institutions, and RPG/gaming cons across Denmark and the United Arab Emirates. He is a former marketing director, musician, logo/brand designer and holds a B.A. in philosophy and a M.A. in communication. The Black Void RPG is his full-time occupation and his remaining waking hours are split between dreaming up new games and his family of three boys.