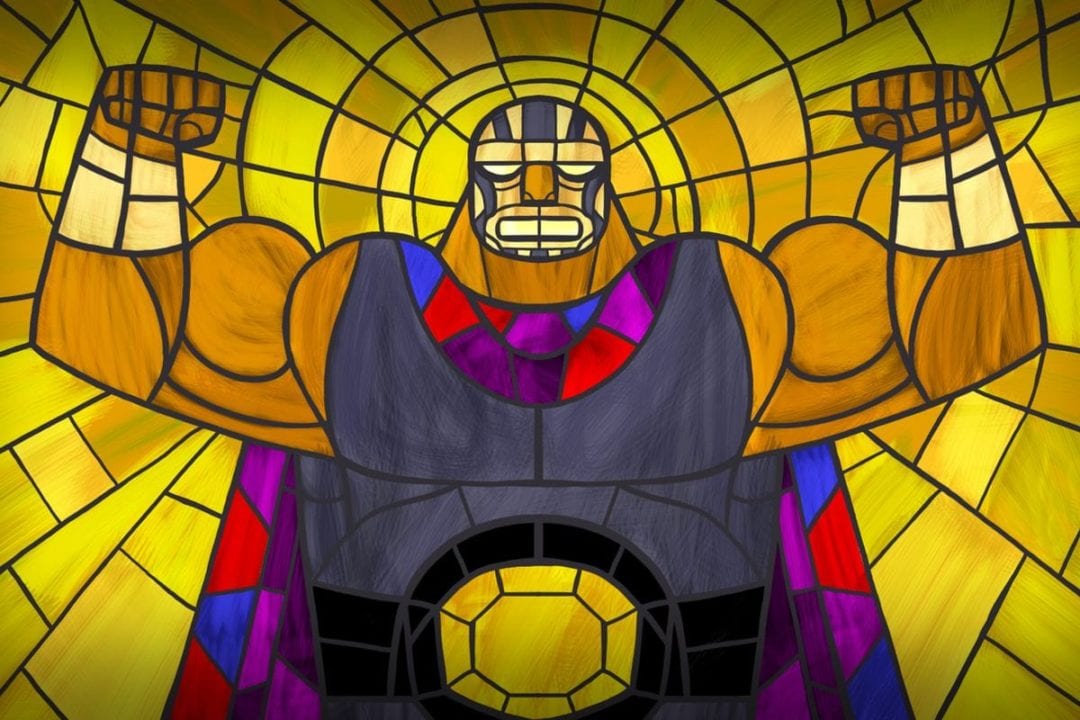 Mexicans are no heroes.

Imagine the filter through which the world sees you is crafted by someone who wants you to vanish. By someone who is afraid you’ll take what’s theirs, someone who doesn’t send aid in hard times, someone who sees you as less than they are. When those people hear Latin American, they think of invaders, criminals, and helpless Western movie extras.

When I hear Latinoamericano, I conjure images of rich lands, kind smiles, and endless folklore. I am reminded of my father teaching me how to be a man of integrity. I remember my mother leading me to be a kind person. I think of home. Latin America is a place for family, industry, and contrasts.

Why are these images so dissonant? When did this happen? Why do I think of my grandmother’s mango tree while many others think of calamities?

I grew up in Mexico, in Mérida, Yucatán to be exact. A beautiful city with beautiful people, it’s called La Ciudad Blanca for its cleanliness or for the frequent use of chalk paint on trees (something that we included in Guacamelee). I spent my formative years there amidst wide avenues with French-style mansions and a short car ride from Mayan ruins whose architecture frames the equinoctial sunset.

Years ago, when I left home to study animation, I did all the paperwork and moved to Toronto, an incredibly dynamic city full of worldly people. Even with the Canadian hospitality, my first few months were rough. The cultural differences became obvious almost immediately. I noticed the overpriced avocados and how cheap peaches were. I fretted over how to greet people since the social cues were slightly different. Simple nods sometimes replaced a goodbye hug. But the thing that was most noticeable was the lack of good news about where I’m from. Mexico’s wins were not reported, only the losses. It was shocking. Mexico had been relegated to drug war territory with a hint of piña colada.

Living outside my country of origin, I became aware of a term that confused me: minority. I understood the term literally, but its meaning is relative to where you are. Latin Americans are the majority in Mexico, Guatemala, Belize, El Salvador, Nicaragua, Cuba, the Caribbean Islands, Panama, Colombia, Peru, Venezuela, Ecuador, the Guyanas, Brazil, Bolivia, Uruguay, Paraguay, Chile and Argentina. We make up 2/3’s of the Americas with more than 600 million people.

I graduated from Animation Arts and after a couple of freelance gigs and almost a year of unemployment, I got an offer to join DrinkBox Studios. The team had been hard at work on Tales From Space: About a Blob, their very first game, and they had to upgrade their art team from a single person to two people. The project was fun to work on, but before it was even released we had to start thinking about the next idea.

I knew I wanted to tell a story about where I come from. I was getting a bit tired of just seeing Mexico as a sepia desert in drug crime movies; that’s not my Mexico. Why not make a game set in a fantastic land, rich with colors and magic, and all the things I was feeling nostalgic for? Why not have an agave farmer turned Luchador, a character that embodies Mexico’s vibrancy and strength and could show Mexico from my perspective.

Telling stories is important. Stories are the fastest way to experience life from someone else’s point of view. This is the cornerstone of humanity. Without empathy, we can’t learn, nor can we teach effectively. It’s only when we can escape our own point of view that we can grow. John Leguizamo said it succinctly in his Broadway one-man show, Latin History for Morons, “If you don’t see yourself represented outside of yourself, you just feel fucking invisible”.

Mexico has a rich history of storytellers from Sor Juana Inés de la Cruz and Juan Rulfo to the Academy Award-winning trio of Alfonso Cuarón, Alejandro G. Iñárritu, and Guillermo del Toro. Even our 100 peso bill has a poem by Nezahualcóyotl, an Aztec emperor who was also a poet.

Why then is it so hard to find a Latin-American hero in video games? If pressed, you may struggle to reach a dozen.

I’m very proud that Guacamelee and Guacamelee 2 grabbed a bit of the mainstream spotlight. Every single character is a Mexican and there are a lot of them — good ones, bad ones, funny ones, sad ones, dumb ones, and smart ones. When we were making those games, I didn’t think much of it. I didn’t think of the representation, or the social implications. I just wanted to draw luchadores. But maybe we should make an effort to start thinking about it.

Nezahualcóyotl’s poem on the 100 peso bill.

How can we stop putting migrant children in cages if we don’t believe they deserve heroic roles in video games? How can we stop our leaders from calling us rapists if we don’t show protagonists feeling the gut punches of being called less than? How can we as a society have Latin-Americans caring for others when we believe they will invade our homes? When I say “hero” I don’t only mean do-gooders — I mean people through whom we see the world.

We need this now more than ever. A handful of foreign looking side characters is not enough. An exotic temple deep in the jungle is not enough. A badass sidekick with a Hispanic last name is not enough. We need heroes through which the world is seen if we’re to be seen as people, not constructs or minorities. If we want to see any sort of meaningful change soon, we need those in power to amplify our voices, not silence them.

Nowadays, many creators think that they can’t tell stories with characters that are not their exact ethnic background. This is ridiculous. In our search for equality, we’ve created fear. When someone says, “I can’t write a Mexican protagonist because I’m not Mexican,” I know they are afraid of offending someone, but what I also hear is they can’t connect to Mexicans as people. Fear should not be driving our creative decisions. I know increased awareness of cultural appropriation has made it a risk to write characters that aren’t our own cultures, but I think it’s way riskier to avoid even trying.

Personally, I’d rather be appropriated than invisible, but avoiding both doesn’t have to be that hard. If you choose to include more Latin American characters in your work, don’t work in a vacuum: talk to Latin Americans. Do your research. Society is demanding us as storytellers to rise to the occasion. I wish creators could start to see this as a problem to solve and not as one to be avoided. When everything else fails, we can always rely on empathy. If you truly see yourself in the skin of your character, if you really understand them, if you get how they see the world, then others will too. Now it’s time to be patient with each other, to allow mistakes to be learning opportunities.

The frustrations that drove me to create Guacamelee are somehow even greater today. Maybe it’s because I’m more attuned to it, older, or just not looking down at my feet moping. Instead I’m looking at the horizons I want to strive towards. That frustration of being invisible is still here. But I’m a luchador.

I leave you with the poem that appears on the 100 peso bill by the aforementioned Aztec emperor Nezahualcóyotl.

“I love the song of the mockingbird

I love the color of the jadestone

And the enervating perfume of flowers,

But more than all I love my brother: man.”

Augusto Quijano
Augusto “Cuxo” Quijano is the Concept Lead of DrinkBox Studios, a small independent game studio based in Toronto. Augusto was born in Mexico and moved to Toronto to study Animation at Seneca College. He has been instrumental in the release of game titles including Tales From Space: Mutant Blobs Attack, Guacamelee!, Severed and most recently Guacamelee! 2.