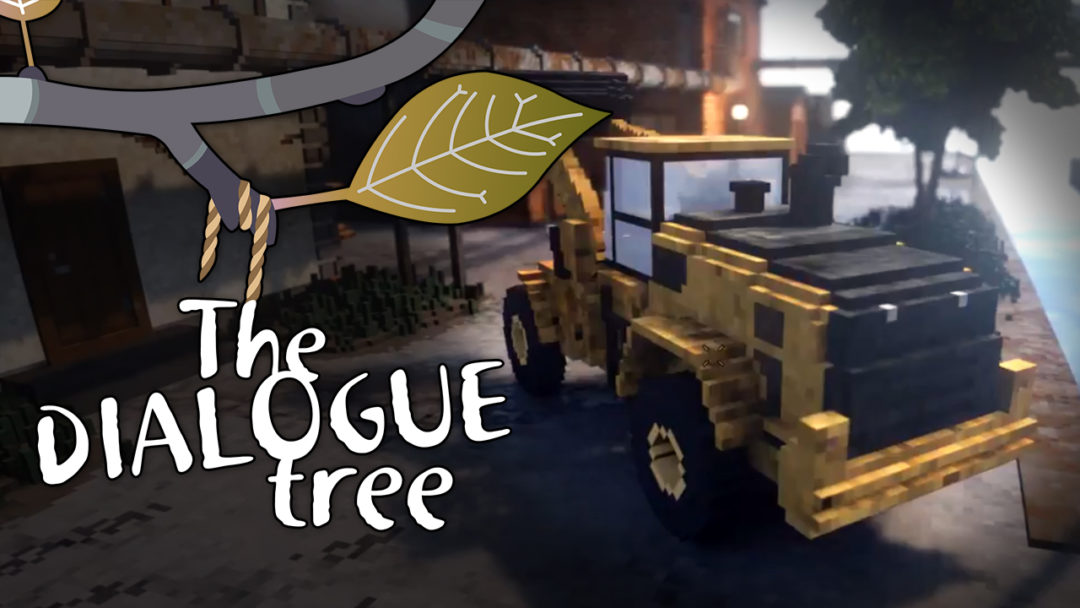 Video games are difficult to make. The barriers to entry are lower than they’ve ever been thanks to powerful, accessible tools like Unity. But it can still take skilled teams months and years to complete even the simplest or most derivative title. Making a game in a brand new genre, out of purely custom tech, almost singlehandedly would be a herculean task. But Dennis Gustafsson is giving it a shot with Teardown.

Teardown is a smash-and-grab heist game built using a completely custom physics and destruction engine. For Gustaffson, the project is a natural evolution of an entire career spent pushing the boundaries of physics simulation. In 2001 he co-founded Meqon, whose work in physics simulation was incorporated into the industry-standard PhysX SDK. Then in 2010, he co-founded mobile studio Mediocre Games to spin a fluid simulation hobby project into a full release called Sprinkle. Sprinkle ended up being a huge success, so he continued to apply his tech-first approach to game design to a slew of other titles, including PinOut and Smash Hit.

Now, Gustafsson is taking his unique tech-first design process to Steam. But starting with interesting technology and figuring out a game it can service afterwards has been challenging at this increased scale.

“I did a lot of prototypes with (Mediocre Games designer) Emil Bengtsson about a year ago,” Gustafsson said. “There was an idea for a stealth game for a long time, but we eventually realized that stealth and making noises by breaking stuff is a terrible combination. We also worked a bit on a driving game in which the destruction was more of a visual effect.”

The game Gustafsson settled on was a cross between a demolition derby and a diamond heist. In Teardown, players are released into an environment with multiple targets that need to be nabbed in any order. The first phase of each level is dedicated to exploration and preparation — players must learn the layout of their environment, the locations of their targets, and the route to the exit. Once a target has been snatched, a countdown begins. Players will then have until the end of the timer to deal with the remaining targets and book it to an exit.

In order to traverse the levels as quickly as possible, players are going to have to go through walls rather than around them. That’s where the environment destruction comes in. Zipping between targets with maximum efficiency will require blasting holes through obstacles, ripping down telephone poles, and driving trucks through buildings. Successfully completing each level will require a strategic amount of destruction, but the game’s engine doesn’t put any hard limits on what can or can’t be destroyed.

“You can absolutely tear down entire buildings if you like,” Gustafsson explained. “Technically you can level the entire map, but it would be quite hard to do so due to resource limitations. And from a gameplay perspective it doesn’t make sense, since you need buildings and other structures to access the targets.”

Thrashing buildings isn’t all players will do in Teardown. Gustafsson has shown off only a single level of the game — an industrial warehouse setting — but plans to implement a number of varied environments, including an art gallery, a marina, and a mansion. Each area will have unique terrain and objects to incorporate into its respective heist. Each will also be revisited multiple times for different missions, rewarding players for learning the ins and outs of their layouts instead of just brute-forcing a solution.

Those remixed missions will still follow the game’s two-stage rhythm of careful planning and frantic scrambling, but they’ll otherwise challenge players to complete totally different goals. Some will require players to destroy targets rather than collect them, opening up strategies like the use of delayed explosives or controlled demolitions. Certain missions will also require the use of vehicles, either to make an even speedier getaway or to drag especially heavy targets to the level exit.

“Anything is allowed as long as you get the job done,” Gustafsson assured.

The tech driving Teardown is sophisticated, but not perfectly lifelike. While total destruction is indeed possible, structures won’t collapse realistically based on how their weight is or is not supported — objects only break at the point of impact. This means that if you were to destroy all the walls around a structure except for one upright sliver, the roof would still not collapse. It’s a problem Gustafsson attempted to solve in the past, but he recently came to terms with it and even started designing around it.

“It would admittedly be cool if it fell down earlier due to material stress, but I’m not going to pursue that path,” he explained. “It’s more beneficial to the player if the behavior is predictable, since destruction is used for gameplay. If the roof started falling in when you destroyed some random support beam by mistake, that would be very confusing and hard to work with.”

Gustafsson isn’t handling development of Teardown quite on his own — he’s taken on a German voxel artist and some level designers from his hometown of Malmö, Sweden — but he is handling the majority of the tech and design. That’s an enormous undertaking, but Gustafsson has even further ambitions for the project. In an earlier interview with the Escapist, he described multiplayer physics-driven gameplay as a holy grail of game design. Now, while he isn’t making any promises, he’s already thinking about it.

“What I’m thinking mostly about right now is a procedural level generator,” Gustafsson said of post-release support for Teardown. “The game is well-suited for that, so it would be cool to include. A co-op multiplayer would be nice, but doing that with all the physics and destruction is really complex. I’ll save that for later.”

Teardown comes to Steam next year.