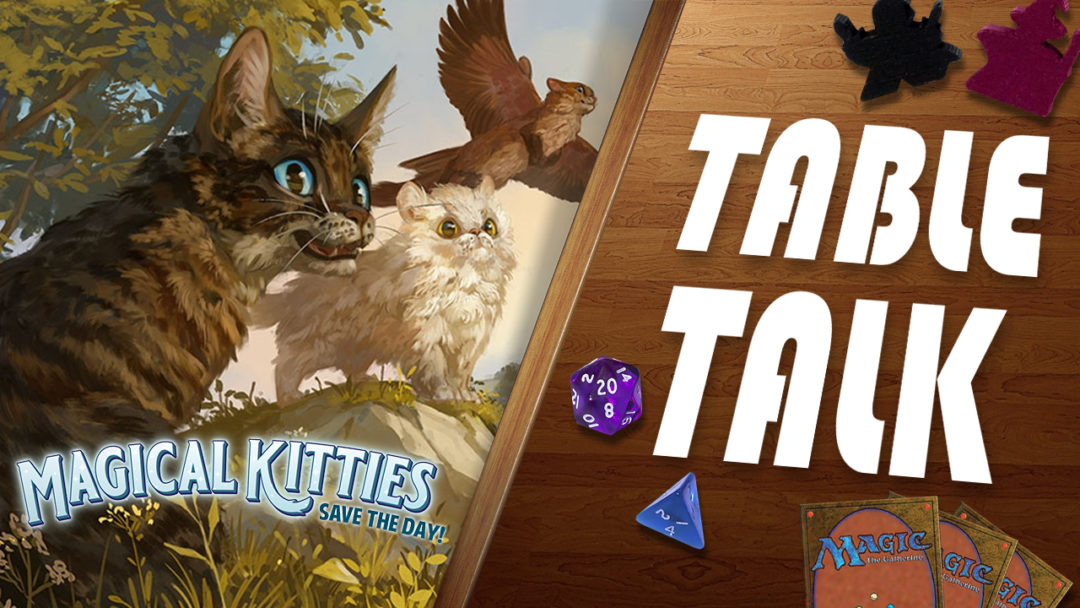 Atlas Games has spent the last several years revitalizing popular tabletop roleplaying games from the ‘90s including Ars Magica and Unknown Armies. Now the company is helping adults that grew up playing those games introduce the hobby to their kids by publishing Magical Kitties Save the Day.

“All of us who started playing games when we were in our 20s are in our 40s now,” said Atlas RPG producer and developer Justin Alexander. “If you are a teenager, you probably just pick up Dungeons & Dragons. But a lot of us have 6-year-old kids who have these amazing imaginative worlds and are ready to share that imagination with their friends and with their parents, but they’re still six years away from being able to calculate armor class.”

Magical Kitties Save the Day lets players take on the role of cats with magical powers who live in a town plagued by “troubles” including witches, aliens, and hyper-intelligent raccoons. As part of creating their character, players also come up with their kitty’s person and their personal problems, like being bullied at school.

“Magical kitties help the humans they have chosen,” Alexander said. “Sometimes the humans think they choose the kitties, but that’s clearly crazy. No cat would put up with that.”

Mechanically, the game uses a simplified version of the Powered by the Apocalypse rule set, which is already a streamlined system designed to be easy to both play and run. Injuries are called Owies and characters just have three stats — cute, cunning, and fierce.

“We have a very streamlined generation system so you can make a character in five minutes,” Alexander said.

Another twist is that players gain experience points not just by successfully saving the day but by failing rolls.

“It adds an ability for kids not to be heartbroken when they fail,” Alexander said. “When you get to age 10-12, those kids understand that failure is fun regardless, but that’s a lesson that has to be learned.”

Magical Kitties Save the Day was created by Matthew J. Hanson, who demoed it for Atlas co-owner Michelle Nephew at Con of the North in Minnesota. She loved the game so much that she’s been running it for her kids for the past three years, and they’ve started running games for each other.

“Michelle said, ‘I’ve been running this RPG that nobody knows about because it’s only available on PDF. I think we as a company have the resources to take this cool game, which is clearly a ton of fun and really engaging, and bring it to a larger audience and bring it to more people and share it with more kids,’” Alexander said.

The new version of the game has expanded some of the rules, introducing a host of new magical powers, talents, and flaws for the kitties, about half of which were developed by Nephew and her kids. 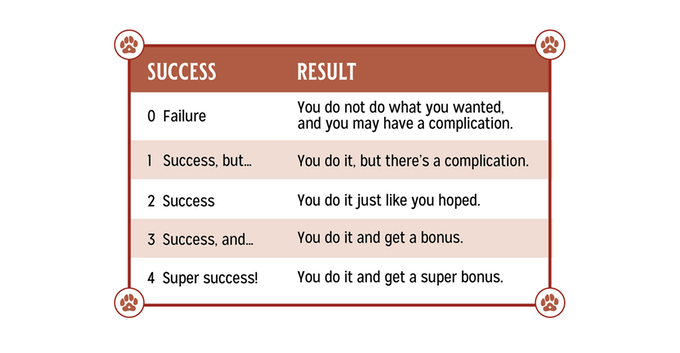 “We put those in playtest and put them in front of new people to discover how they were broken in various ways and fix them and tweak them and find ways to make them better,” Alexander said. “The rest was looking at popular young fantasy series and also superheroes and finding the places where those powers overlapped with each other and created cool storytelling possibilities and then putting those ideas into playtest and filing them down until we had the best set of new powers that we could.”

Atlas ran a successful Kickstarter for the game during the summer and plans to publish a Magical Kitties Save the Day box set in August that will include dice, a rulebook, character sheets, a map, a setting book, and an adventure. It also contains tokens representing “kitty treats,” a limited resource players get that lets them reroll dice, avoid injuries, boost the strength of their powers, or even introduce plot elements to the story. During a demo of a game at Origins Game Fair, Alexander said a 9-year-old girl used that last ability to acquire an invitation to a witches’ ball that she could trade to a witch holding a little girl hostage.

“They take advantage of it in ways that adults would never think of,” he said. “The kids will blow you away.”

A Defense of Cal Kestis as the Protagonist in Star Wars Jedi: Fallen Order

Parasite Review – Escape to the Movies