Hello there. I’m Darren. I’m a film critic based in Ireland. I’ve written a couple of books of media criticism, hosted a couple of podcasts, and generally thought far too much about far too many films. This is the first installment of a series that we’re calling In the Frame, where we’ll be taking a closer look at something related to the week in pop culture. The goal is to find something interesting or compelling about the entertainment of the moment and maybe spark a little discussion. I hope you’ll join me, and I hope you enjoy. (You can find In the Frame under Columns in the main menu now.)

Superficially, Netflix’s Mindhunter belongs to a rich tradition of forensic thrillers that delve into the psychology of serial killers. But Mindhunter draws explicitly from the work of profiler John Douglas, the FBI agent who codified the genre. Douglas was also an influence on the character of Will Graham in Thomas Harris’ novel Red Dragon, which introduced the fictitious serial killer Hannibal Lecter. Red Dragon was a major success in its own right, which led to its better known sequel The Silence of the Lambs, which was adapted into a feature film that became a critical, commercial, and awards darling.

Harris’ work inspired an entire genre in both film and television. Mindhunter is arguably a paternal cousin to shows as diverse as Millennium, C.S.I.: Crime Scene Investigation, Hannibal, Criminal Minds, Law & Order: Special Victims Unit, Profiler, and The Fall. The structure is familiar. The heroes investigate a case and reverse-engineer a narrative from the facts, including developing a profile of the killer. More often than not, the killer is caught, their pathology is explained, and the matter is resolved. Order is imposed at the end.

This rigid and repetitive structure flows from a basic format of television storytelling but fits well within the internal logic of genre. Serial killers hold the public’s attention, especially given that they are much rarer now than they were 50 or 60 years ago. Viewers want to know why these people do these monstrous things. 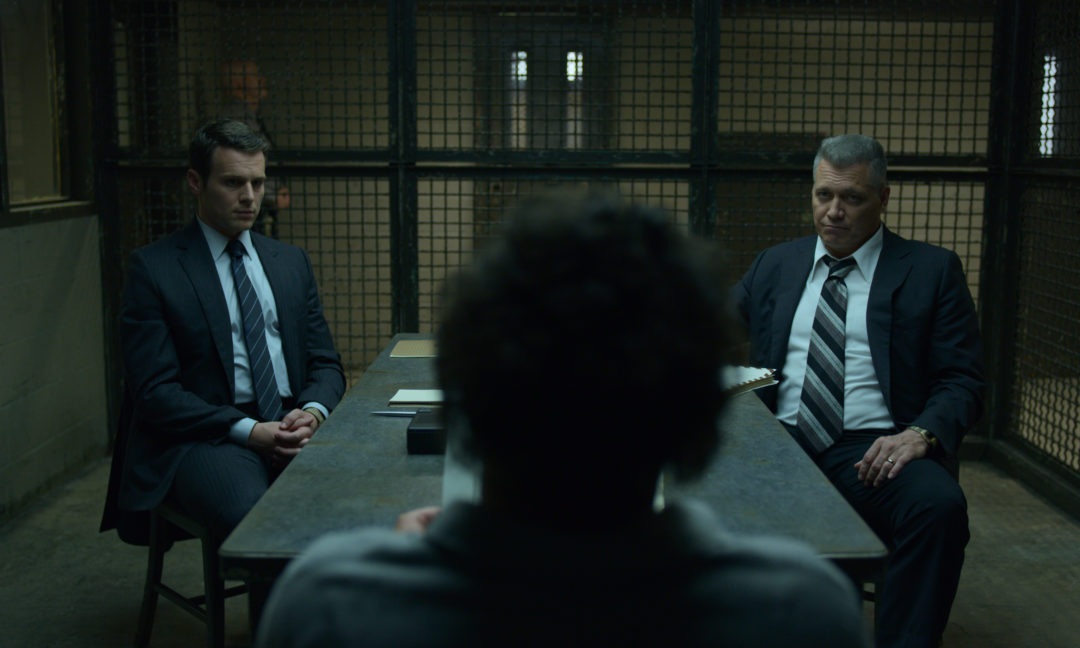 Structure imposes order upon chaos. If these individuals can be broken down and understood, then their violence becomes a little less terrifying. If a serial killer can be identified by parsing data, then they become less of a freak anomaly. The horrific and grotesque actions of serial killers tap into primal fears about a random and arbitrary world. If this violence can be forced to make sense, then perhaps the world itself might become a little less scary.

Mindhunter understands this anxiety. The basic premise of the show focuses on the work of Holden Ford (Jonathan Groff) to provide a rational accounting for inhuman behavior. Producer David Fincher provides a visual template for the show. The series’s digital cinematography provides a cold metallic sheen to proceedings, while the use of Steadicam keeps things grounded.

The production design emphasizes squares and rectangles, reminding the audience of the metaphorical boxes in which Holden hopes to place his subjects. The team spends the first season operating out of the basement of the FBI headquarters in Quantico, with offices created by square flatpack dividers that look more like separators than walls. The prisons where the team interviews its subjects are often tiled, with shots of the psychopaths framed by bars. 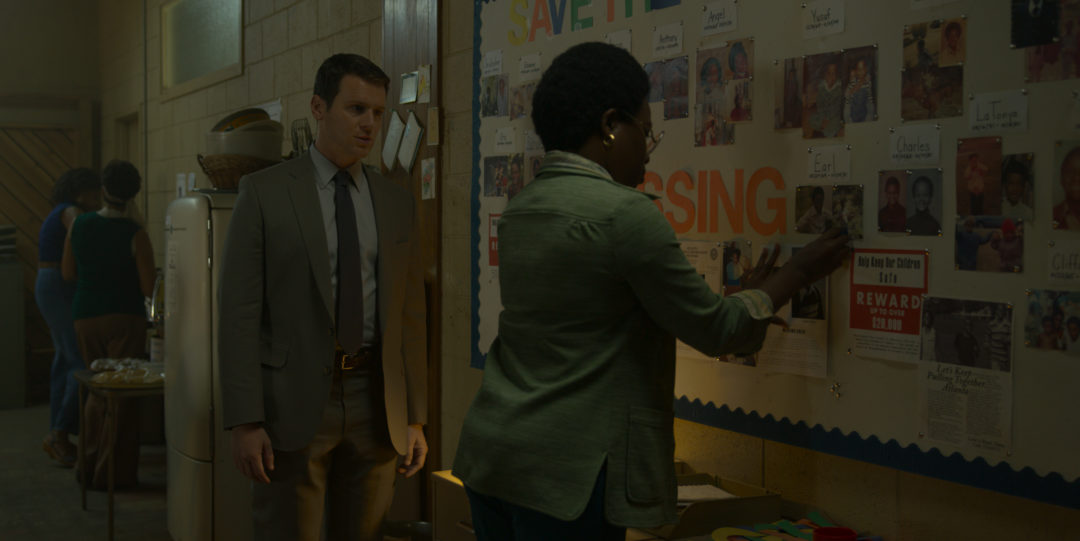 Mindhunter encourages the audience to believe that Holden is correct in his belief that this sort of behavior can be neatly delineated or explained. In the first season, and in the first stretch of the second season, Mindhunter even adopts something approaching an episodic structure built around interrogation scenes, whether profiling captured serial killers like David Berkowitz (Oliver Cooper) or Charles Manson (Damon Herriman) or grilling suspects like Darrell Gene Devier (Adam Zastrow).

The series is mostly detached from the lurid or sensationalist violence that tends to define the forensic thriller subgenre. Two seasons into its projected five-season run, Mindhunter has yet to show a murder on screen. The series takes on an air of clinical detachment, opting for heavy dialogue-driven scenes between the FBI profilers and the perpetrators of horrific acts.

Even though Holden’s procedural approach reaps benefits, Mindhunter suggests that true compartmentalization is impossible. It is simply not feasible to reduce evil and violence to a simple academic questionnaire, a forensic work-up, and an identikit sketch. The structure of the standard forensic thriller assures the audience that order can be imposed upon these horrific acts; Mindhunter seems less certain. 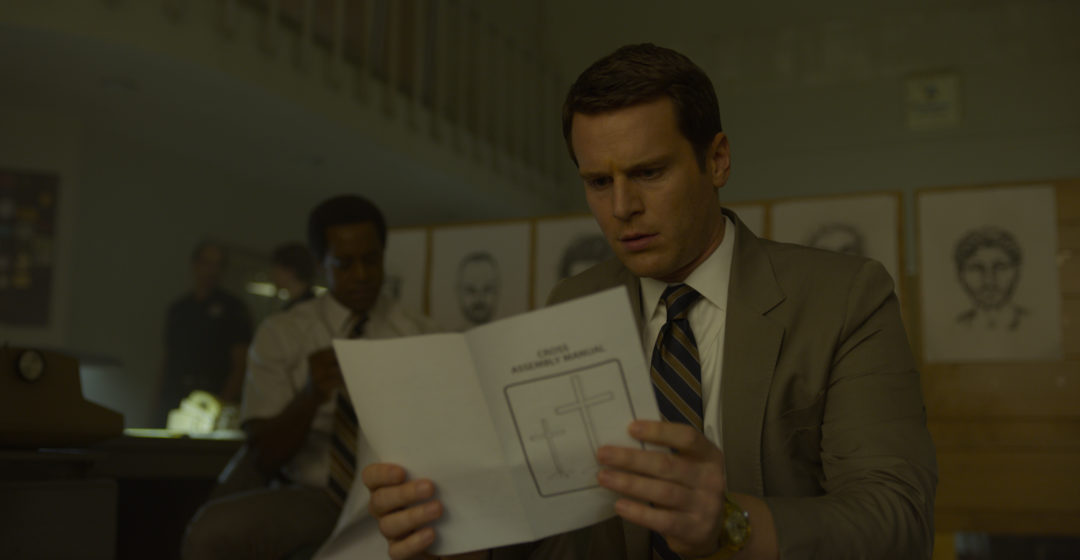 Over the course of the first two seasons, the lead characters are gradually confronted with the difficulty of neatly insulating the rest of their lives from their work. Holden has a breakdown at the end of the first season, while his supervisor Special Agent Bill Tench (Holt McCallany) finds his son affected by a horrific crime in the second season. Indeed, Holden and Bill both find themselves on the receiving end of the same sort of profiling that they dispense; Holden is glad-handed by the new Assistant Director Ted Gunn, who sees behavioral science as his possible meal ticket. When a social worker arrives to assess his son’s condition, Bill realizes that he and his family are being profiled. This blurring of boundaries is also a standard aspect of the genre, traced back to Will Graham’s psychological break in the backstory of Red Dragon and inspired by John Douglas’ own experiences with post-traumatic stress disorder.

What makes the second season so compelling is the way that it extrapolates this uncertainty beyond the characters’ domestic lives. One of the central arcs of the second season focuses on the Atlanta child murders of the late ‘70s and early ‘80s. Holden is drafted into that investigation, first by relatives of the victims asking for help and then as part of the official FBI task force. But he quickly discovers the challenges of applying academic theory to the real world as he’s forced to deal with the politics of a racially divided city trying to increase its national prominence. Holden finds himself confronted with the reality of a marginalized population that has been neglected and overlooked and authorities primarily concerned about bad optics. There might be a killer at work, but he is simply exploiting larger systemic problems. Holden’s warned that the real monster in Atlanta is poverty.

Even with their methodical approach, Holden’s team often struggles to find answers. Holden argues with psychology professor Wendy Carr (Anna Torv) about the merits in interviewing Charles Manson, a celebrity serial killer who never murdered anyone directly. If the legal system recognizes Manson’s culpability for the crimes of others, it raises unsettling questions about individual culpability. The second season returns time and again to the question of responsibility, such as the case of Elmer Wayne Henley Jr. (Robert Aramayo), a young man who claims never to have personally killed anybody, though he did procure victims for a serial killer. 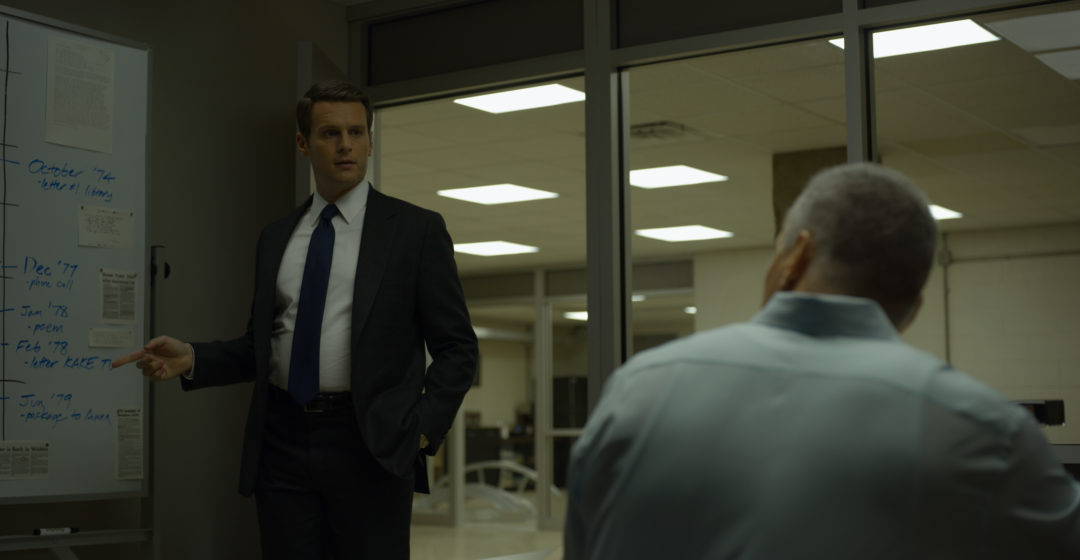 The conclusion of the season is filled with the same messiness and ambiguity. Wayne Williams (Christopher Livingston) was arrested for the murder of two adults — but none of 21 murdered children. No one was ever charged in the case. While retired Atlanta police officer Danny Agan believes that Williams is a serial predator, he can only vouch that Williams “did the bulk of these murders.” In his own book Mindhunter, John Douglas acknowledges that Williams was not the sole perpetrator of these crimes, crediting him with 11 deaths, and remarking, “We have an idea who did some of the others. It isn’t a single offender and the truth isn’t pleasant.” The conspiracy theories around those murders were popular enough that they spawned a 2000 television movie, Who Killed Atlanta’s Children?

Mindhunter embraces this ambiguity. Holden discovers unsettling hints of child sex trafficking in Atlanta and of active rings of older offenders operating within the community. Discussing the case with Bill, Holden concedes that it’s possible there may be more than one offender responsible for the killing, and they might even be operating independently. This is a messy, fragmented case that cannot be placed into a simple linear narrative.

Like most forensic thrillers, Mindhunter understands that a large part of the genre’s appeal is in promising to explain the seemingly inexplicable. What elevates Mindhunter is the understanding that some things cannot be so easily categorized and compartmentalized.

The Future of The MCU: Who Are Moon Knight, She-Hulk, and Ms. Marvel? – The Big Picture

Dreamscaper Combines Elements of The Binding of Isaac, Dead Cells, and Ashen to Tell a Story About Depression