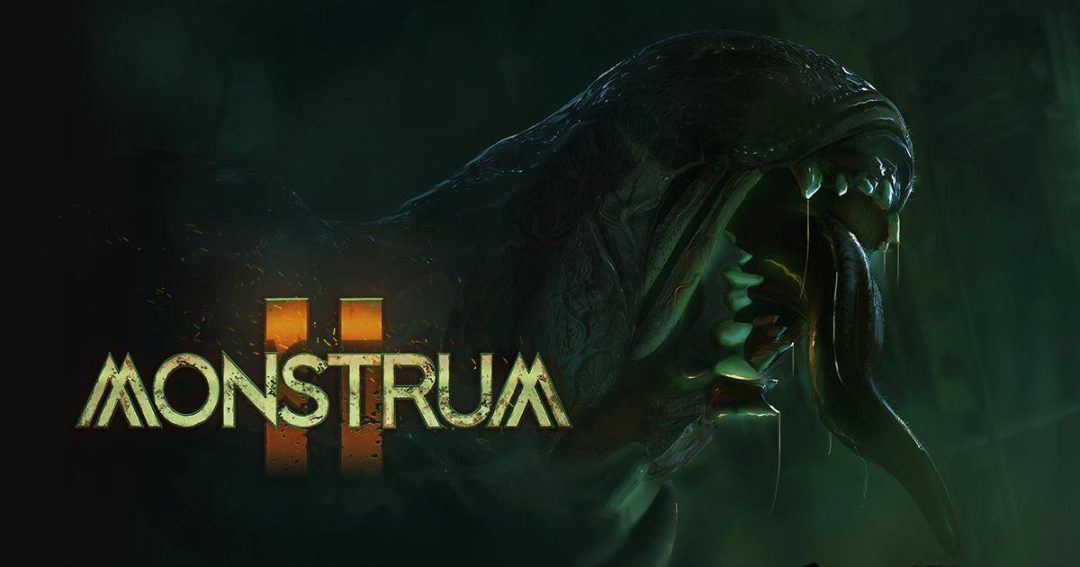 The team at Junkfish loves watching streamers and Let’s Play-ers hide while playing their procedurally generated survival horror game Monstrum, holding their breath while the AI monster searches a few potential places and moves on. But when the monsters glitch or do something dumb, it immediately breaks the tension. Their solution was to put someone else in control.

“Having an AI, you don’t get the same feeling you get with a human-controlled character,” said Junkfish producer Paul Leishman. “We wanted to bring more horror and uncertainty of having an intelligence behind the monster that could outwit you at any moment.”

Releasing on PC in Q4 2020, Monstrum II will put one player in control of a monster hunting four other players trying to navigate a sea fort by searching for tools and solving pattern-recognition puzzles. One person can survive alone, but the game gets much harder as your fellow players get picked off.

“You would struggle, but you’d definitely be able to do it,” Leishman said. “We’re trying to look at ways to make the prisoner characters work together to solve different situations around the sea fort, even if that teamwork takes the basic form of, ‘You’re the distraction — you go run out.’” 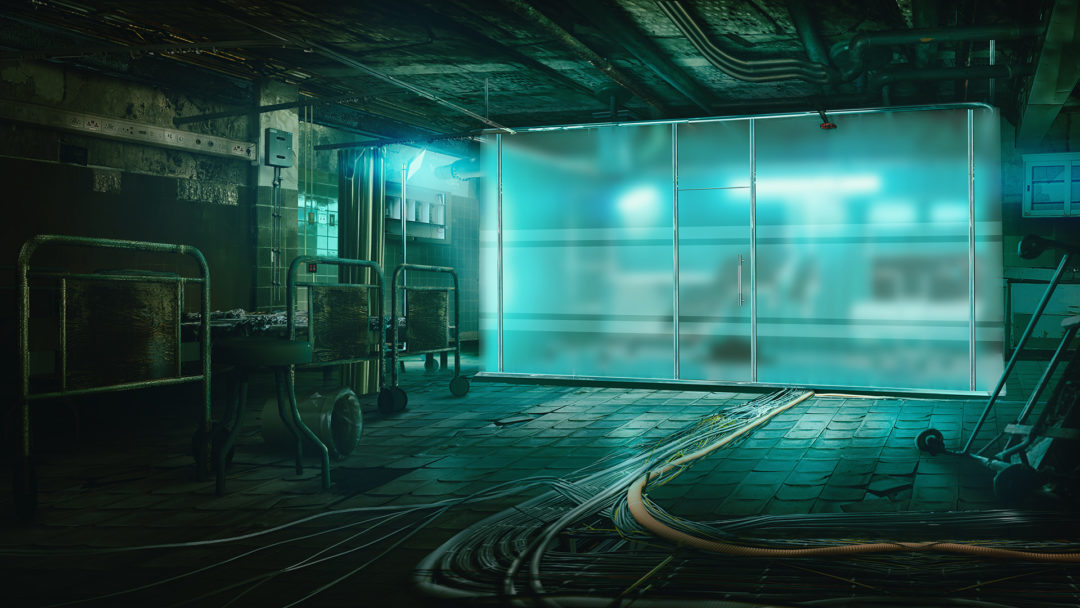 The layout of the fort will change each game, built from “superblocks” that contain puzzles and all the components needed to solve them. The game area is significantly larger than Monstrum’s boat, providing more space for the five players and more creative room for the developers.

“A sea fort allows us to just improve on things like gameplay and running about and extra hiding opportunities and stuff that we just couldn’t do on the boat,” said programmer Stephanie Bazeley.

Junkfish started as a group of classmates at Scotland’s Abertay University who worked together on a project that became the prototype for Monstrum. Blending elements of Amnesia: The Dark Descent and The Binding of Isaac to ensure players never knew when or where the scares would come, the game proved successful, but the developers wanted to branch out from horror for their second venture.

“We did Attack of the Earthlings and everyone was like, ‘Why isn’t it Monstrum II?’” Bazeley said. “But I’m glad we did Attack of the Earthlings because it was completely different and we learned so much. We always had a feeling we’d go back to Monstrum after a break from the horror genre. It’s really cool to be able to say I’m working on the sequel to a game I made.”

Monstrum was developed by 10 people working together in a tiny living room. Now Junkfish has its own office and a larger team that can provide improved graphics, frame rates, and sound design, which Bazeley said gives Monstrum II a spookier feel.

“Even if you don’t have the monster nearby, if you hear steam pipes rattle or the ship creak and groan, it really helps to build the tension without forcing jump scares on you,” she said.

The team has also learned a lot from the way that people played Monstrum, which will allow them to prioritize elements that they are more likely to interact with.

For instance, one of the last components added to the original game was an engine room that could be powered by a fuse to access an elaborate phone puzzle that could draw the monster to another area. The engine room was hard to get to and players weren’t interested in sacrificing a valuable item to use the phones. 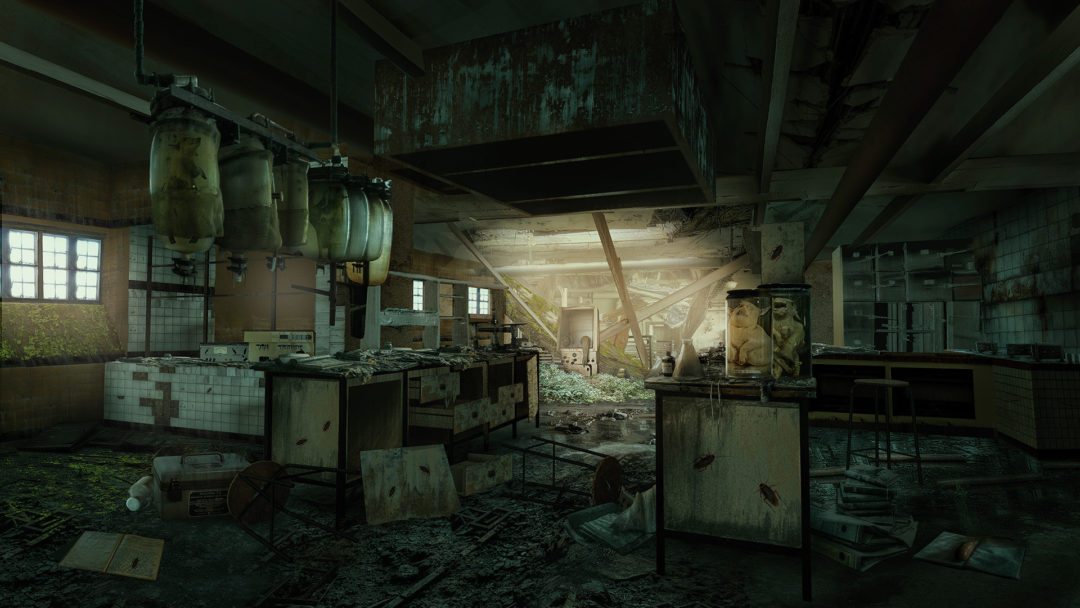 “When we released Monstrum, there were a load of things in the game that most people just never saw or did, and that was on us,” Bazeley said. “We didn’t make it clear enough or it just made no sense. We’re trying to get the balance of prioritizing how players will use items and making sure we’ve got the right balance of items players want.”

While the Brute is the only one of the three enemies from the original game that has been guaranteed to return in Monstrum II, Bazeley and Leishman promised that monster players will have multiple options. Their prey will have to keep their eyes and ears open to figure out what’s coming for them.

“We want that unease of not knowing what you’re up against until you see it either eating your face or you’re running away from it,” Leishman said.

The asymmetric horror game is sure to draw comparisons to Dead by Daylight, but Monstrum II has a different hiding system with a first-person perspective, more puzzles, and a more vertical play area for hiding prisoners and monsters traversing the walls and ceiling. 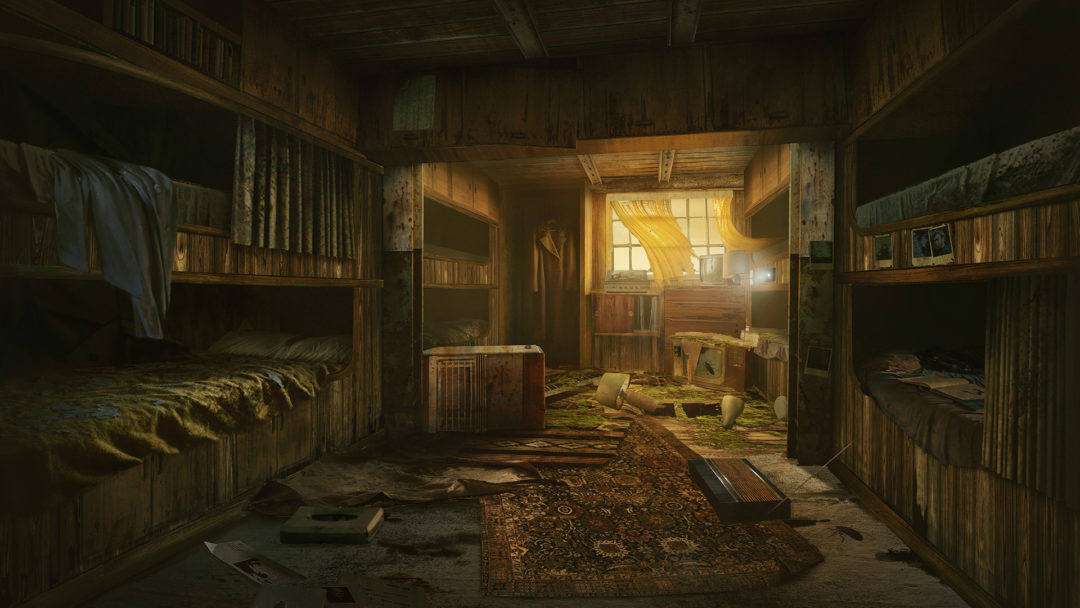 “Each monster will behave and play differently, just like in Monstrum, but we want each monster to have a locate ability to help them find players in the fort easier,” Bazeley said.

Junkfish’s Scotland office is located near the coast, and the vastness of the ocean continues to scare the team members in a way that other common horror settings like a forest, haunted house, or asylum never could.

“If you’re on a boat and you’re surrounded by open water, it’s either survive in the vast nothingness where you don’t know what’s below you and it’s freezing cold, or survive where a monster is,” Bazeley said. “The sea is terrifying. We just think it’s the perfect location for a horror game.”