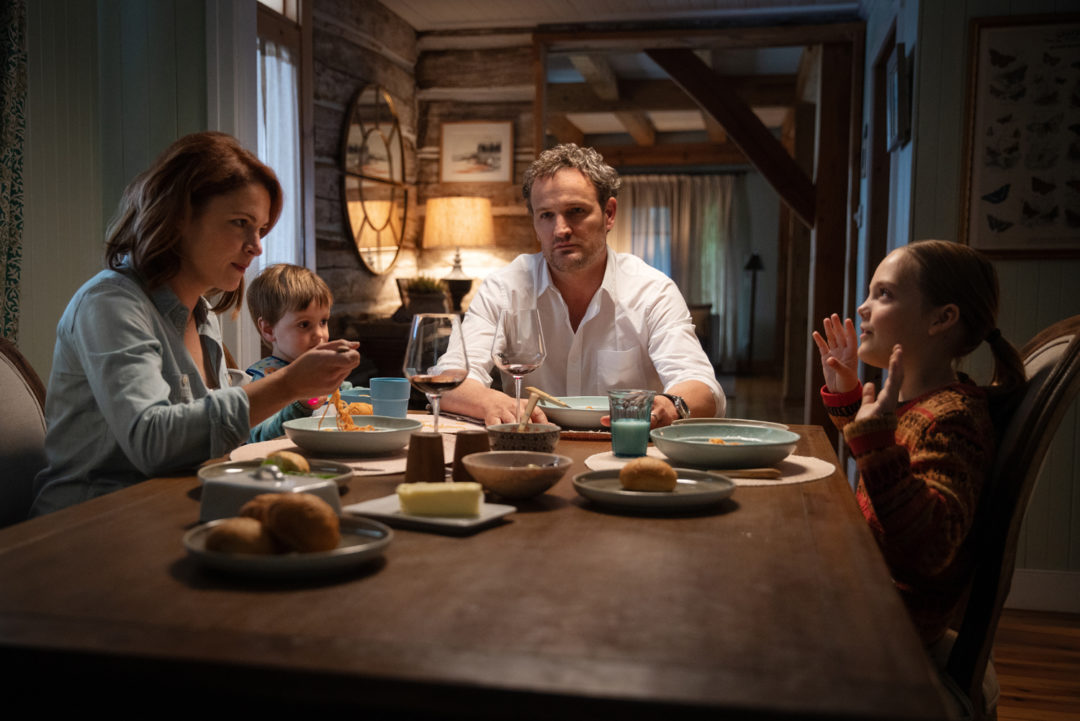 Left to right: Amy Seimetz as Rachel, Hugo Lavoie as Gage, Jason Clarke as Louis and Jeté Laurence as Ellie in PET SEMATARY, from Paramount Pictures.

Stephen King called Pet Sematary “the most frightening book I’ve ever written.” The new movie version doesn’t live up to that hype. It’s not much more than a minor zombie film with some clever plot twists.

Pet Sematary the novel, though, is a uniquely disturbing entry in King’s oeuvre because it deals most directly with one of his obsessive fears — the fear of being a bad parent. King’s work explores fear of the supernatural, death, femininity (in Carrie), and even spiders (in It). But a running, visceral theme in his novels is the horror of failing to protect your children or of actually being the monster your children have to run from.

It’s not hard to figure out where King’s fear comes from. The author was addicted to alcohol and cocaine through the ‘70s and ‘80s. While drinking, he often fantasized about hitting or harming his children. He wrote about those violent impulses most directly in The Shining, where good father Jack Torrance is possessed and comes after his family with an ax.

Jack isn’t alone, though. Evil fathers and failed parents menace many of King’s books. There’s an abusive father in It and an abusive mom in Carrie. Annie Wilkes in Misery, who nurses and torments the helpless Paul Sheldon, is a kind of twisted mother figure. While not evil, the mom in Cujo fails to save her child. You can’t trust parents in Stephen King stories. When they aren’t monsters themselves, they’re a poor line of defense against them.

Nowhere is this more true than in Pet Sematary. The 1983 novel, King says in his introduction, is based specifically on an incident where his own son almost died. The boy was running towards a highway, and King barely caught him before he got into the road. “[A] part of my mind has never escaped from the gruesome what if: Suppose I hadn’t caught him?”

The book is partially about that “what if.” But it’s also about the disturbing question, “What if I really wanted my son to die?” Pet Sematary opens with good dad Louis Creed indulging in a daydream about abandoning his family on the side of the road and driving alone to Disney World to start a new, carefree life as a bachelor. Louis is driving from Chicago to Maine to take a position as a doctor in a school infirmary, and his wife and two kids are driving him crazy with their nervousness and complaints. Shortly after they arrive at their new house, his daughter is stung by a bee and starts wailing. Rather than feeling sympathetic, Louis “itched to slap her and he grabbed his leg hard.”

In the novel, Louis’ natural exasperation with his kids becomes something a lot more ominous — a foreshadowing of violence and harm. Louis’ toddler, Gage, runs towards the road by their property just as King’s son did, but Louis doesn’t catch him. Gage is hit by a truck and dies. Louis, numb and crazed with grief, takes his son’s body to an old burial ground his neighbor showed him far back on his property. The ground there brings the dead back to life. Gage returns, but changed and not for the better.

The story is obviously about grief, and the new movie version more or less gets that right. Louis and his family are destroyed by his inability to accept the death of his child. The ghosts of his loved ones haunt him. When he will not allow them to rest, they destroy him. The Louis in the film, though, is a healthy, cheerful fellow, who never, as far as we can see, fantasizes about abandoning his family or hitting his children. The horrible things that happen to him are the result of bad luck. They’re not his fault.

The book, in contrast, isn’t so sure that Louis is blameless. When he is tracking his murderous zombie son and half mad himself, Louis calls out “Gage, want to go to Florida with me?” It’s as if we he was trying to apologize for his impulse to abandon his family at the beginning of the novel. When he finally kills Gage for a second time, the boy “looked up at him and for a moment Louis saw his son — his real son‚ his face unhappy and filled with pain.”

In the movie, there is a moment like this, but it’s treated as a trick. The zombies are demons inhabiting human bodies. “Don’t call me Mommy,” Louis’ wife hisses at one abomination; the thing is not her kin. But in the novel, it really is Gage who cries “Daddy!” one last time before he dies. That slap Louis restrained at the beginning is multiplied. In murdering the zombie, he murders his son.

The novel is about the horror of parental violence and how it shapes and twists children. Gage, back from the dead, sneaks through the house to steal his father’s scalpel. The evil Louis keeps inside himself opens like a closed black bag, and what comes crawling out of that darkness is his own poisoned child. Pet Sematary is a nightmare about what parents want to do to children. But it’s also an anxiety dream about what those children might become. Louis takes a bright, loving child turns him into a stinking zombie who feasts on his mother’s heart. He’s not the first father to do that to his kid.

“A man grows what he can, and he tends it,” Louis’ friend Jud tells him. If the soil is stony and sour, what you plant will grow misshapen. You’re responsible for what you raise. Every parent knows that, and sometimes fears it.

The Difficulty of Talking About Soulsborne Games