PAX Aus 2014 may be behind us, but we can still enjoy these pictures from the show floor.

It is with a heavy heart that I bode farewell to the sights and sounds of PAX Australia 2014 – the second one, earlier this week. I had an absolutely blast with my coverage of the event, from the amazing cosplay, to the fascinating interviews with people passionate about their craft. And hey, I even got to play some video games. Now, all that’s left is this one final gallery of my favorite sights from the show floor during the three-day event. Enjoy! 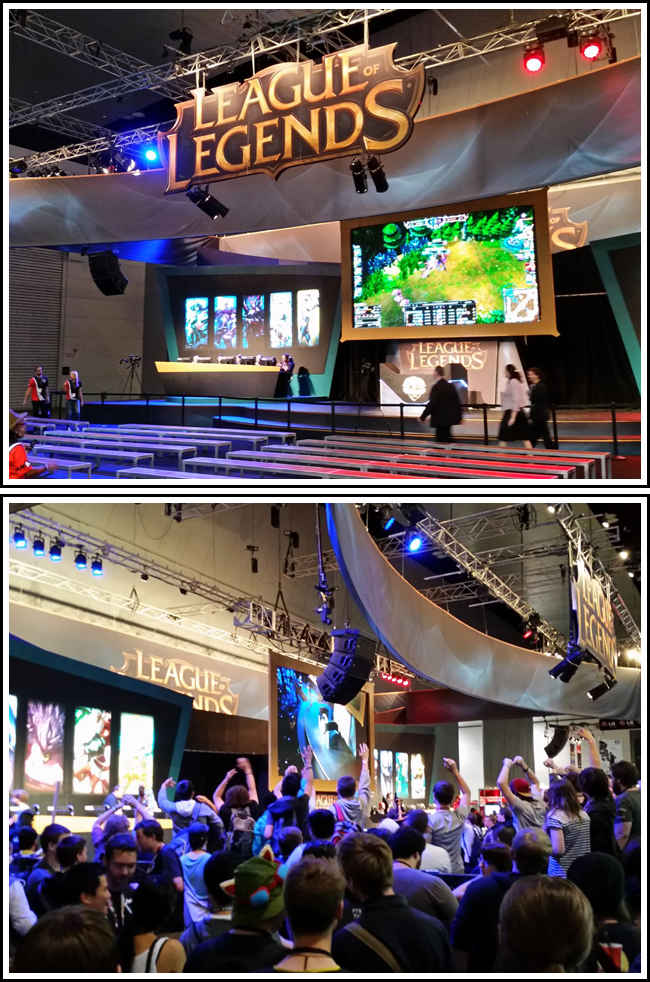 League of Legends – before and after.

As press, I was able to sneak in a little early to get a look at the show. One of the biggest polarizations was the League of Legends booth. Completely empty on Friday morning, packed with hundreds of screaming fans the rest of the weekend. 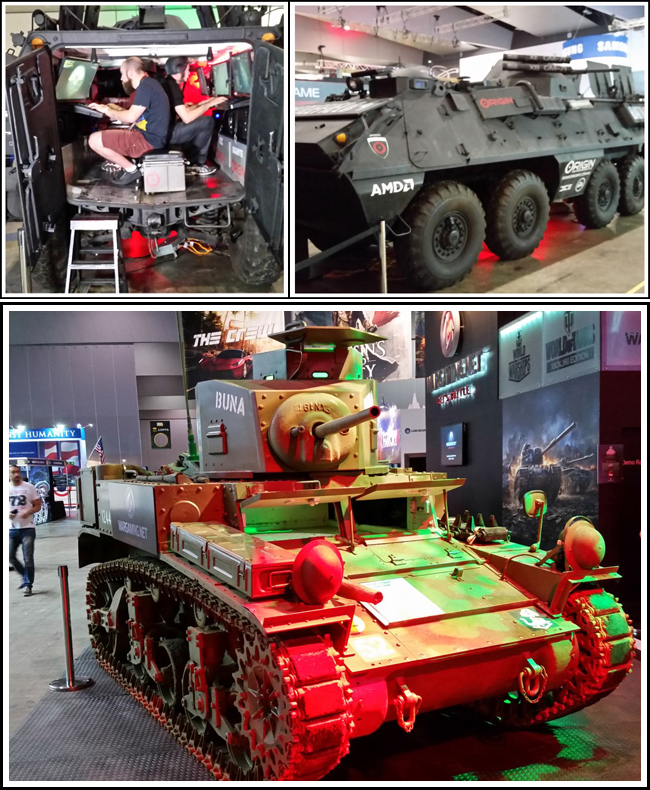 Wargaming and World of Tanks, predictably, had a full-sized WW2 era tank on display, but the Origin computers booth had a more modern APC – which you could actually play a round of Battlefield 4 inside of! 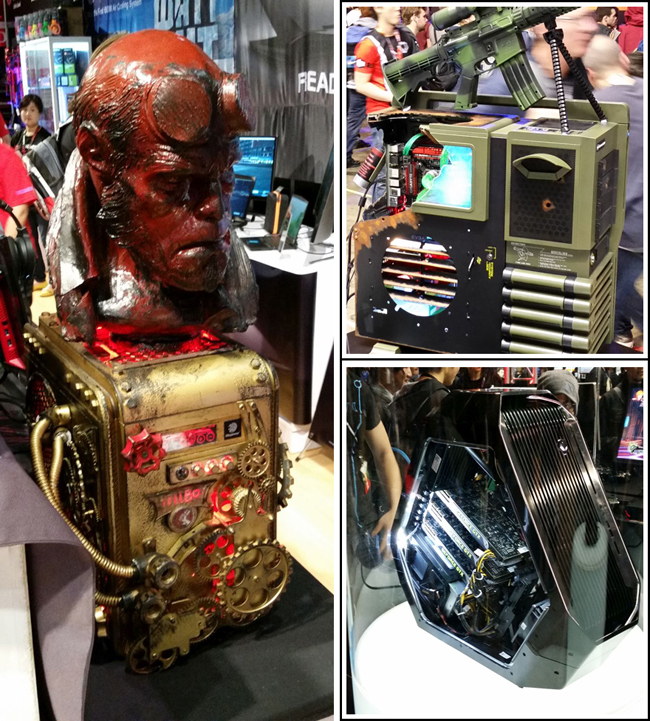 Some epic casemods on display from MSY and Sennheiser, and of course, Alienware’s ridiculously powerful triple SLI Area 51 monster… 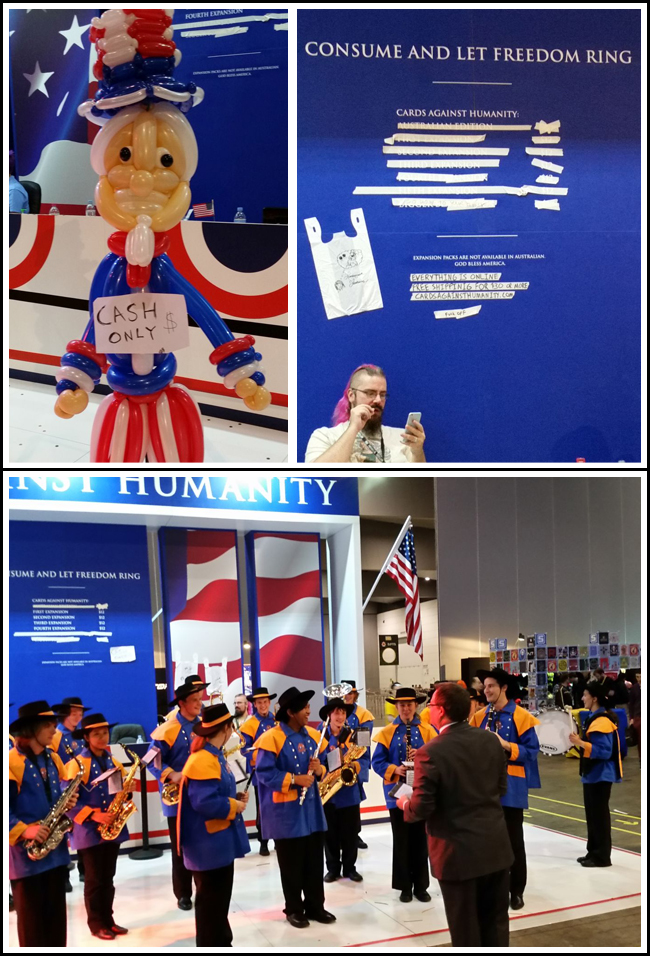 The Cards Against Humanity team was here to remind us Aussies that the good old United States of A are the greatest country in the world, and we were all just living in their shadows. At one point, a full brass band came out to play the American national anthem, and all the CAH staff joined in to sing. Pity they were drowned out by the shouts of “AUSSIE AUSSIE AUSSIE! OI OI OI!” 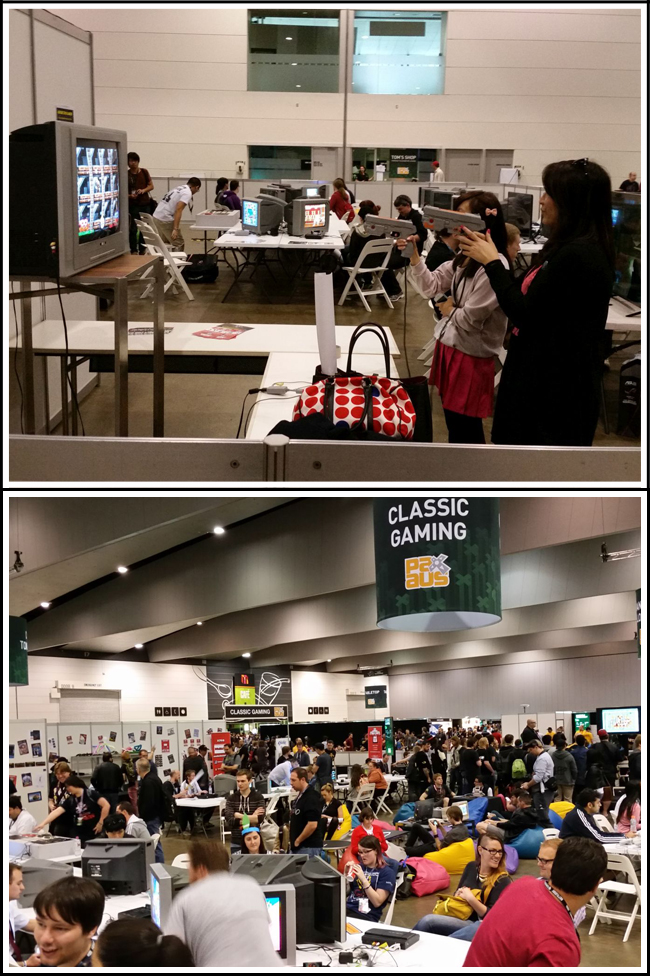 If you’re one of those grandpa’s who are sick of all these kids with their resolutions and their framerates ruining good ol fashion VIDYAGAMES, you will appreciate out PAX Aus’s “Classic Gaming” section, complete with CRTs, cartridges, and light guns. 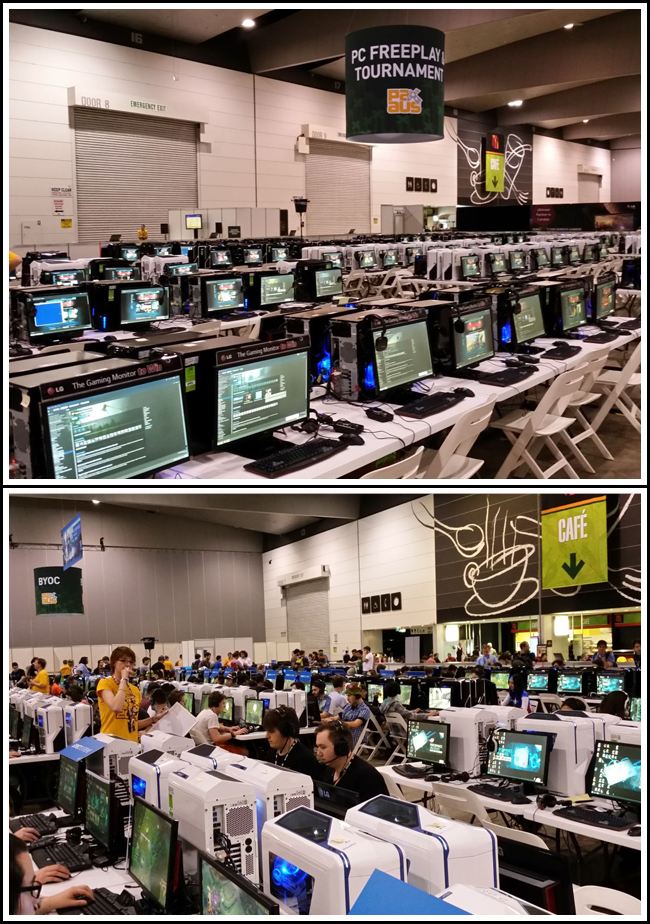 If you felt like lugging your own PC down to the show, you could take part in PAX Aus’s BYOPC LAN. But what if you didn’t bring your PC and were itching to get some League of Legends in? Never fear, for Intel had provided a whole bunch of PCs for the PC Freeplay area. 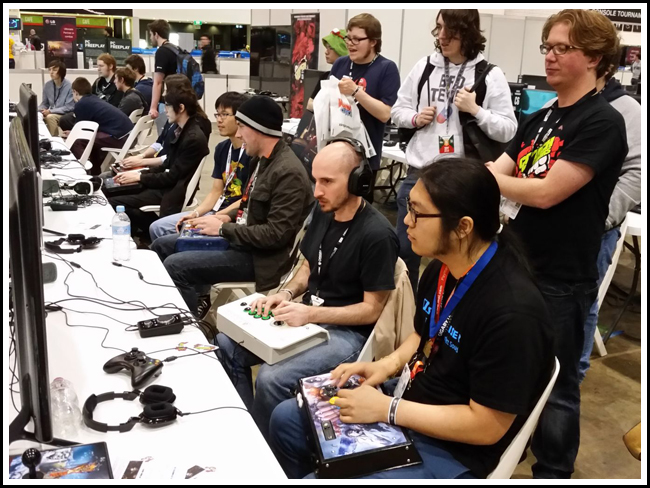 But if Street Fighter and Tekken are more your scene, the Console Freeplay and Console Tournament areas were for you. This Street Fighter IV tournament, among others, was organized by the blokes over at Couch Warriors, who have a long history in Australia’s fighting game scene. 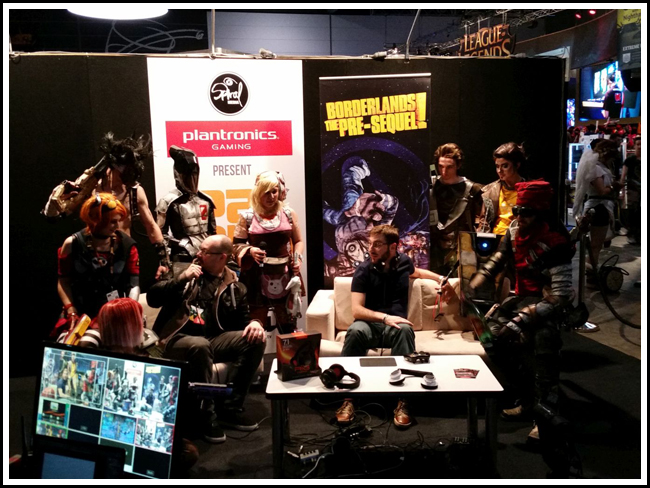 An impromptu Borderlands Q & A session from Gearbox big boss Randy Pitchford was swarmed by a gang of Borderlands cosplayers. 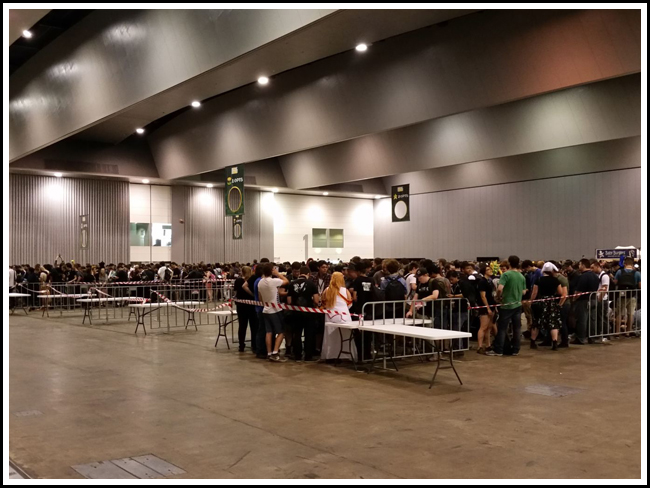 Eager fans, frothing at the mouth as they waited to get into the show on Friday morning. 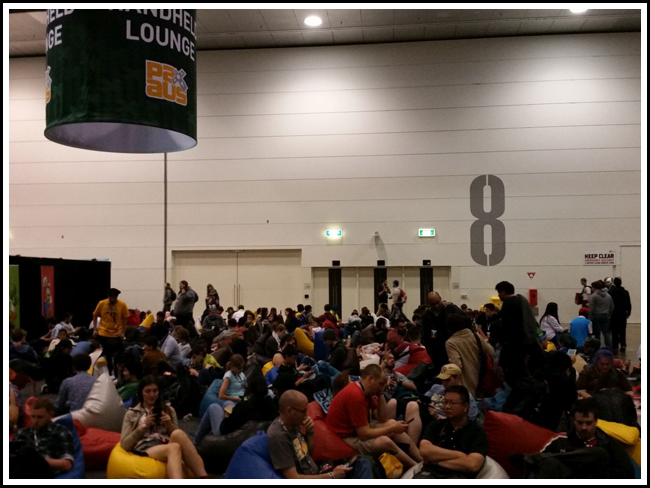 If you wanted to relax with your smartphone or handheld, Nintendo had set up this sea of beanbag chairs and electrical outlets for attendees to use.

Of course, if video games weren’t your thing, there was an abundance of card and tabletop games for attendees to enjoy. The tabletop freeplay area had a selection of all the best tabletop games, that anyone could borrow and set up, either with friends or strangers. 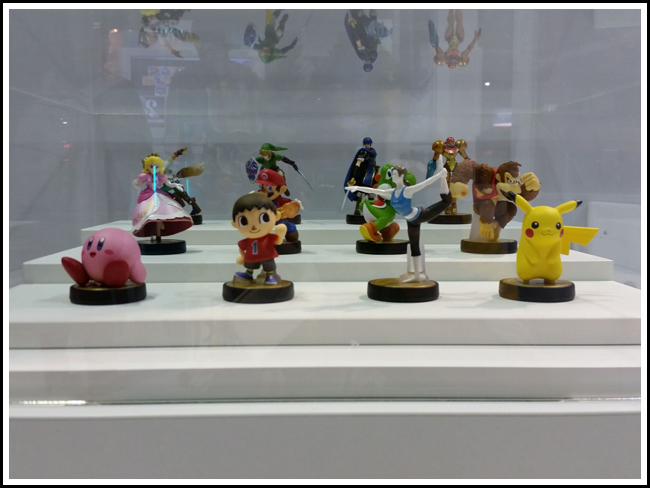 Nintendo was showing off the production run of its Amiibo figures at the show. 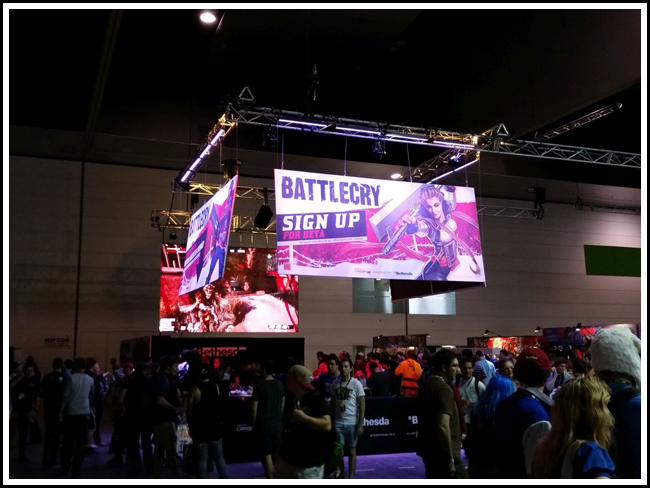 Last but not least, Bethesda’s Battlecry, which as you may have gathered from my hands on, is most definitely my “best-of-show”.

If you’re hungry for more pictures from PAX, check out Day 1, Day 2, and Day 3 of our cosplay galleries!

Assault on Fortress Moon Brings The Cold War To Space