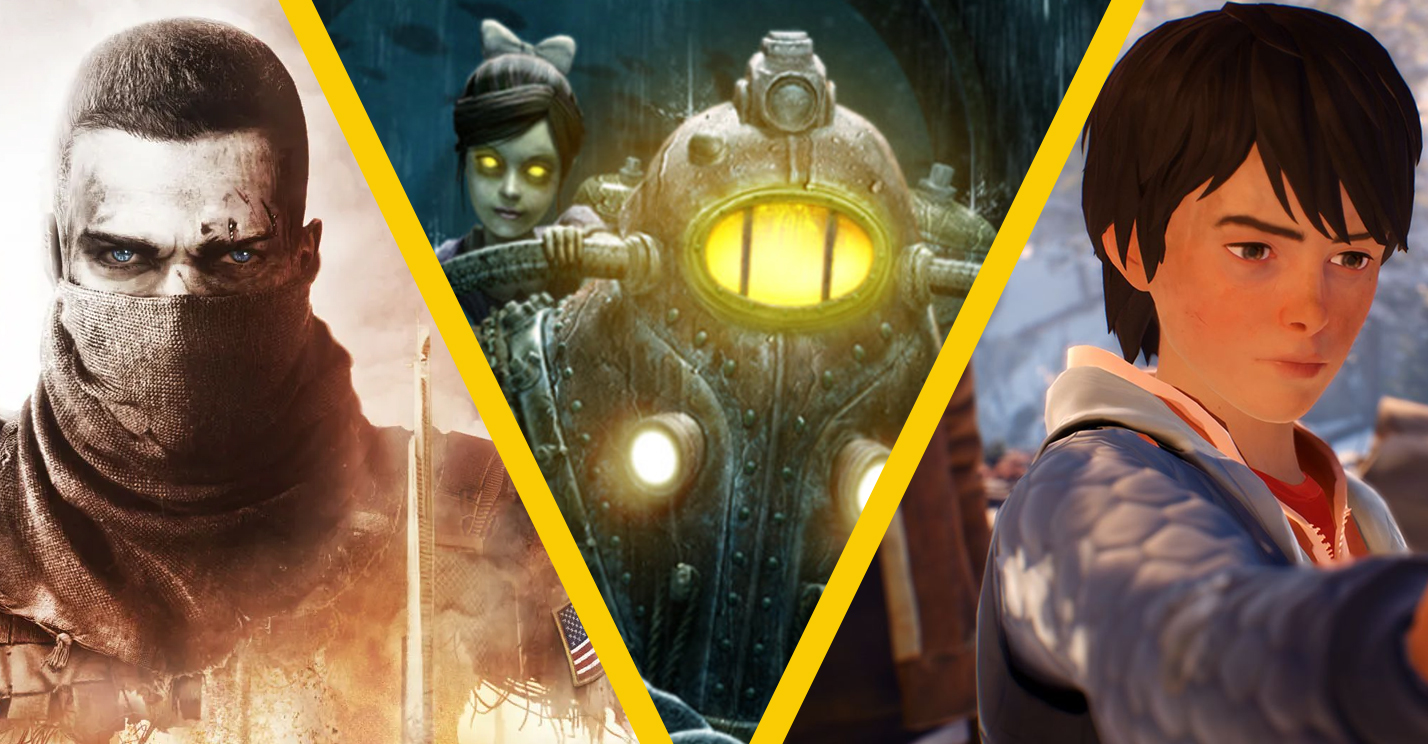 The NPD’s announcement of the best-selling games of the last decade largely confirmed what most people probably expected: Call of Duty, Rockstar Games, and Minecraft dominated the sales charts. Why these games in particular have done so well is easy to understand — they put play first. Their online or otherwise expansive playgrounds enable endless enjoyment, whether that comes from building, shooting, or exploring.

However, for all the fun to be found in these games, for the technical witchcraft of Red Dead Redemption 2, for the deceptive simplicity of Minecraft, none of them challenge their players to think critically about the real world. Call of Duty manifests the military-entertainment complex, and Rockstar-developed games typically follow well-worn tropes of crime drama without actively inviting players to consider structural issues that entrench violent behaviors, especially in the online playgrounds. (Grand Theft Auto IV is a notable exception and often remembered less fondly than its stablemates perhaps as a result.)

Having said that, of course not every game needs to be a BioShock, Spec Ops: The Line, or a Life is Strange 2, inspiring critical perspectives on society, war, or whatever other humanistic concern drives the developers. Such “socially aware” games may not grow involvement in the industry in the same way Skyrim or Mario Kart have, but they do move the industry forward by rethinking the ways stories can be told and the ways themes can be explored in this burgeoning, interactive medium.

One of the core ways such games achieve depth is by sidelining — if not outright abandoning — the play principles that make best-sellers so enjoyable. Dear Esther, Gone Home, That Dragon, Cancer, What Remains of Edith Finch, Where the Water Tastes Like Wine, as well as the works of Quantic Dream and Telltale Games have all been criticized to some extent as not being “games.” They reject the expectations of play — mechanical challenge, inherent replayability, practice for perfection — and for that, they perhaps deserve the disdain they receive from those who play to be entertained rather than engaged.

This apparent incompatibility between play and meaning is curious, yet hardly new. Postmodern theorist Jacques Derrida predicted this very contemporary problem as early as 1972: “either [play] can give place to no activity, to no discourse worthy of the name […] Or else play begins to be something and its very presence lays it open to some sort of dialectical confiscation. It takes on meaning and works in the service of seriousness, truth and ontology. […] As soon as it comes into being and into language, play erases itself as such.”

That is an overwrought way of arguing that play is a fundamentally unsuitable medium for any attempt to explore themes. The kids’ game Cops and Robbers might borrow an aesthetic from broader society, but it does not resemble the nuanced reality of justice systems.

The challenge for video game developers, then, is to prove Derrida wrong. To an extent, BioShock, Spec Ops: The Line, and Dishonored have already done so. Each of those acclaimed games has extended theme beyond the aesthetic. Traditional conflict-based gameplay of stealth and violence is combined with choice — the choice to engage with Big Daddies, to rain white phosphorus upon a group in Dubai, or to kill or spare assassination targets.

Choices often become Hobson’s choice because of unavoidable hostile enemies or for predetermined story beats. In those cases, the nature of the narrative changes to reflect the author-directed norms of film or literature rather than the cavalier, player-led exploration of theme that is unique to games. The rule-based play principles are restricted further to make a point — a trend also clear in walking simulators and visual novels, which attracts derision.

The answer may be to rethink video game stories. Changing the verbs we play is one path, but our mainstream games are entrenched in hegemonic ideas of storytelling. We are told that conflict is an essential feature of stories. In games, the most effective way to portray conflict is through repetitive actions thanks to their rule-based nature. Therefore, we shoot, stab, jump, or build. These actions can be redeployed in different situations, and so they are the baseline of the conflicts we play.

However, the accepted essentials are not intrinsically necessary for stories, at least according to playwright Corinne Donly, who writes that this “dominant Western plot model” has “sacrificed its ability to stimulate learning” and “deserves to be rethought.” A new model may decentralize character as carrier of plot (as will be the case in Watch Dogs: Legion) or push conflict into the background in favor of different motivating factors, such as survival or collaboration.

A recent example of this latter approach is found in Through the Darkest of Times, a World War II adventure that shows the struggles of civilians rather than combatants. Like This War of Mine before it, Through the Darkest of Times treats war not as a contest to be won through quick reflexes and orgiastic violence, as in first-person shooters, but as an ongoing event that destroys lives. Conflict remains, but it is conflict where survival, not success, is the end goal. Whether Paintbucket Games was successful in embedding its story within effective play is debatable, but any experiment requires refinement and iteration.

The important thing is that Through the Darkest of Times portrays an old story in a new way thanks to the inclusion of play and a foregoing of traditional narrative principles. Such experiments are vital for the future health of the industry. They provide new options for players and new avenues for storytelling, artistic ambition, and experimentation. Most importantly, Call of Duty will enjoy its annual cycle of incredible sales, but it will be remembered as popular culture. Games that challenge the norm will be remembered as cultural artifacts, as is already evident by the respect enjoyed by Ico, Journey, Myst, Okami, and others of their ethereal, powerful ilk.

Not For Broadcast Is Fun and Creative Madness – UnderDeveloped

A Playable Build of Canceled StarCraft: Ghost Has Leaked Online

Project xCloud with Xbox Game Pass Ultimate to Launch Sept. 15 with Over 100 Games