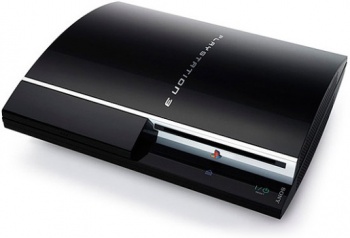 Researchers at the University of Alabama and University of Massachusetts have answered a question about the nature of black holes – not with the use of a supercomputer, but with the processing power of a cluster of 16 PS3s.

When the two research teams (in Huntsville, AL and Dartmouth, MA respectively) set out to run simulations testing theories about the speed at which black holes stopped vibrating after creation, they could have rented processor time from a supercomputer specifically designed for that sort of scientific calculations.

Instead, they used the Sony PlayStation 3 – 16 of them, to be precise.

The primary force behind the decision was financial, explained members of the teams – with research budgets tightening before the financial crash, scientists are frequently being asked to do more with less money. Dr. Lior Burko, a physicist and professor at UA Huntsville, said that the cost to rent a supercomputer for the time needed to run these simulations would have been about $5,000 – and that would just be a one-time use. While the PS3 cluster cost the team around $6,000 to put together, it can be reused for future research on this project and others to come.

Not every job would work well on the PS3 cluster, said Burko; these particular calculations were very processor-heavy but relatively light on RAM usage, which happened to suit the PS3 hardware nicely.

This comes as a bright spot in an otherwise gloomy sea of news for Sony amidst flagging hardware sales and lower-than-expected numbers for the holiday season: at least it’ll have scientific research to fall back on if the gaming division ever goes under.

Bands Are Making A Killing In Videogames