Scientists researching cures for cancer have discovered that the active ingredient in Mountain Dew Game Fuel, Betahippozanzamine, has properties that help fight cancer, even in the late stages of the disease.

Doctors administering the treatment say the chemical infuses white blood cells with a power-armor like shell; this gives the cells the ability to crush cancer as if they were a Spartan space marine. The treatment has been dubbed an ‘Extreme cure for an extreme disease’ by advertising executives at Pepsi who are eager to market Mountain Dew as an alternative to chemotherapy.

One relative of a patient in the clinical trials of the cure said, “In grandpa’s case it seems to be working great. He’s got a lot more energy and is generally more active, but the downside is that he keeps calling me a fag and tea-bagging me in my sleep.” 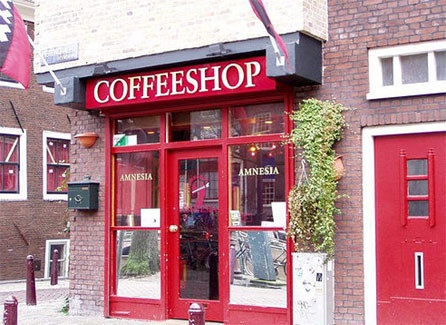 Twenty-Something Speaks About the Good Ol’ Days of Gaming

After dropping hints for a week, someone finally asked Jerry Wright a question about his opinion on gaming, to which he delivered a two hour dissertation on the subject in the coffee shop where he works as a barista.

Mistaking Wright for an industry insider, a professor at Breveet College in Southern Saskatchewan asked the young man to give a lecture about the history of games and gaming to his class. Jerry’s personal tales of blowing out NES carts and funny anecdotes about how long it took him to download pornography on his 300 baud modem seemed to be a hit with the students. Things were going well until a student asked him how old he was and why he was quoting Wikipedia articles verbatim.

Mr. Wright, out of answers, then argued that ‘back in the day’ it didn’t matter how old people were and that borrowing stories from your older brother or Wikipedia was just as valid as white people rapping about growing up in the streets of Compton, or learning another language so they could read dirty Japanese comics. 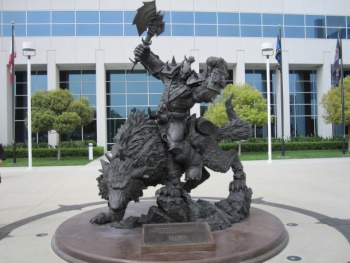 Reliable Source reporters weren’t invited to BlizzCon this year leaving us just one option – follow an intern to their house and ‘persuade’ them to do an interview. A broken window, a bottle of chloroform and a pair of barbecue tongs later, we had our interview.

RS: Out of all of the musicians out there why did you hire Ozzy Osbourne to close out BlizzCon? Also, that’s a nice hat.

Blizz: Thanks man, I’ve been waiting for someone to notice.

RS: Seriously, no one likes the hat; I was just trying to be nice. Answer the question.

Blizz: I guess it made sense to the big-wigs to include him. Ozzy and Blizzard have a lot in common; we’re both aging relics trying to remain pertinent to today’s youth demographic.

RS: That makes sense, I guess. Tell us more about the new racial mounts.

Blizz: The normal Worgen mount is bought the same as any other mount and kind of looks like a boar. The Epic mount quest will require capturing a horse from Stormwind City, sacrificing it on the altar of Je’thakthenan then beating it relentlessly with the Staff of Immeratil.

RS: I don’t get it, what about the Goblins? What can you tell us about their mount?

Blizz: They don’t have a mount exactly; they have /piggyback.

RS: That’s, um… okay, why don’t you tell us why StarCraft 2 was delayed?

Blizz: It was an executive decision to give our team time to design some sort of unnecessary plastic controller which will be included in the super special elite edition for 149.99.

RS: You do know U.S. is suffering one of the worst recessions since the great depression, right?

[At this point the Blizzard representative plugged his ears and said “La la la la I can’t hear you!” until we left.] 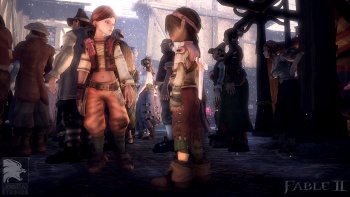 Fans wrote to Peter Molyneux to let him know just how unhappy they were with the decision they had to make at the end of Fable II. The sheer amount of hate mail directed at the veteran game designer led to a concession allowing you to resurrect your dog as a part of the first DLC expansion for the game.

Gamers seemed to have sensed the balance of power shifting and have gone to work writing Peter Molyneux hate mail describing many things they see wrong with Fable, Microsoft, and the world in general. As a result, we project that Fable III will be given away for free, while Scarlett Johansson and Zooey Deschanel make out in a yet unannounced game slated for release with the Natal. 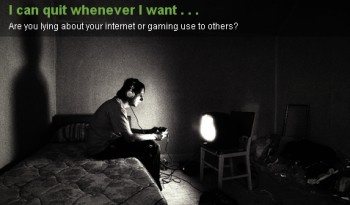 “Our initial problems with opening the clinic were that no legitimate psychologists recognized game addiction as a psychological condition. They were too busy treating people with ailments like dementia and bipolar disorder to see how people having fun in their spare time is destroying lives. Because of those prejudices against the disease we had a hard time legitimizing it until one day I stumbled upon an online dictionary that described addiction as ‘The condition of being habitually occupied or involved with something.’ It’s a little ironic that the very thing we treat here freed us from traditional psychotherapist mumbo-jumbo. Under that definition, we can pretty much classify anything people do for fun as a disease. This allows us to get government subsidies, and funding from private charities.
But the best news isn’t for us, it’s for gamers who have $14,500 ($322/day) and want to be cured of their debilitating dependence on games for entertainment.”

After doing some research, Reliable Source has discovered that for significantly less you can sign up for Robert Munch’s addiction group: Break Free or Die. Specialists come to your house around midnight, knock you unconscious and leave you tied up in a barn outside Salt Lake City for a mere $50 a day.