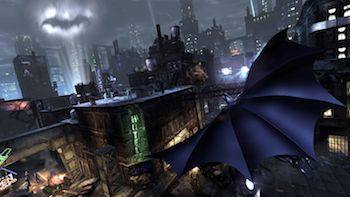 It sounds like Rocksteady will have a new game ready to ship next year that may or may not be about Batman.

It’s been less than a month since two Batman: Arkham games hit stores, but apparently there’s no time to sit back and enjoy them before news about a new Batman game swoops in to steal their thunder. The next game from Arkham Asylum and Arkham City developer Rocksteady, rumored to the next entry in the Arkham franchise, may be on track to launch in 2014.

A set of job listings looking for UK-based designers to help an unnamed studio work on a project that “has been tipped to be one of the most successful games of 2014.” The listings feature text striking similar to job listings posted on Rocksteady’s website.

Such circumstantial evidence wouldn’t mean much, except this isn’t the first news tying Rocksteady to an unannounced Batman title. A Report from Variety last year suggested the studio has been working on a new Batman: Arkham game that harkens back to the silver age of comics. The silver age, which ran roughly from 1950 to 1970, suggests the game may feature a decidedly retro style.

While one might guess that such a drastic tonal shift might prompt Rocksteady to drop the Arkham title, there is evidence that Rocksteady’s presumed Batman title is, in fact, Arkham 4. Voice actor Kevin Conroy, who voiced the Dark Knight in Asylum and City, but not Arkham Origins, told fans at Dallas Comic-Con earlier this year that he’s done voice work for “the next Arkham game.” Though technically inaccurate, you get the idea: Conroy’s statement suggests that someone is working on another Arkham game.

The bottom line is Rocksteady is working on a new game, and there’s a pretty good chance Batman will be in it. We won’t get the full story on what’s been happening at Rocksteady until they’re ready to share. Until then, it’s never too early to start adding games to your E3 wish list.