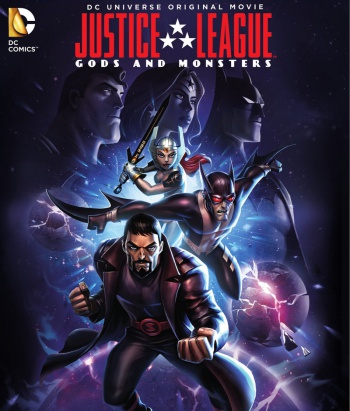 Justice League: Gods and Monsters was released earlier this week, and for once it managed to get grim and gritty superheroes right. Set in a parallel universe where DC’s “Trinity” never existed, the Justice League is founded by brutal vigilantes who aren’t accountable to any Earth government. Superman is Zod’s son, who crash-landed on Earth to be raised by Mexican migrant farmers. Wonder Woman is Bekka, a rogue New God who fled after finding sympathy for Apokolips. And Batman is Kirk Langstrom, whose altered Man-Bat formula turned him into a freaking vampire who started draining Gotham’s criminal elements.

But what made Gods and Monsters great, where DC’s latest animated films keep stumbling? It could be the new characters, or simply the writing expertise of the DCAU veterans Bruce Timm and Alan Burnett. But the simplest reason was simply setting Gods and Monsters in an alternate timeline. Doing so freed creators from relying on canon and established history, and let them explore new directions that wouldn’t otherwise be possible.

Gods and Monsters isn’t alone on that score. In the world of superhero comics, parallel universes are among the biggest critical hits on the stands. The Dark Knight Returns, Red Son, and Kingdom Come were all alternate timelines that received mainstream attention. And it’s not just DC Comics either, Marvel will periodically dabble in non-canon books. Spider-Girl introduced an entire future around Peter Parker’s daughter. Marvel 1602 reimagined classic heroes during Elizabethan England. The long-running Ultimate Universe was basically a playground where new readers could forget about backstories, and the current Secret Wars event is packed full of strange new universes. 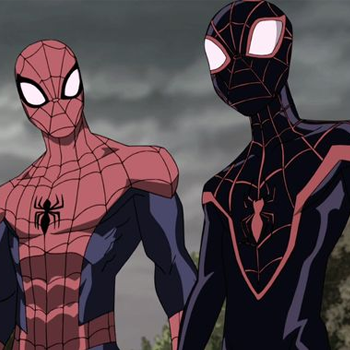 In fact, it’s usually parallel universe books that new readers are likely to pick up and enjoy – not the ongoing canon which comic readers are used to. From Watchmen in the 80s to Miles Morales: Ultimate Spider-Man today, these comics are the most accessible, get the most focus in the mainstream press, and usually get the best reviews. Everybody can recognize a popular superhero, but history shows the longer you stick with a “default” canon, the harder it is to appeal to new readers who weren’t there from the beginning. (Perhaps that’s another reason the Marvel Cinematic Universe films are so successful: Fans have either watched them from the start, or could catch up on the interesting parts over a handful of movie nights.)

It’s easy to understand why this is. Fans think they want massive continuities and shared universes, but once that established history gets too big, we start to hate it. Maybe it’s simply too hard to keep up. Maybe it’s annoying to see the same storylines repeat without consequence. Maybe the creators themselves botch it up, releasing a One More Day or Final Crisis that makes no damn sense.

Alternate timelines don’t have that problem. They don’t need to rely on canonical history or established character behaviors. All they do is take popular characters, and tweak our preconceived notions to keep them interesting. Everyone knows Superman is the selfless hero, so it’s shocking when he goes mad during Injustice. Everyone knows Magneto is the villain, so it’s much more interesting that he founded the X-Men during Age of Apocalypse.

That’s not to say parallel universes can’t go wrong – they absolutely can. Just look at how Superman at Earth’s End made Clark Kent a gritty action hero who guns down mutants and Hitler clones. The difference is when an alternate timeline messes up, you can ignore it. The story is non-canon after all – it’s only in official universes that creators actually have to deal with the consequences. 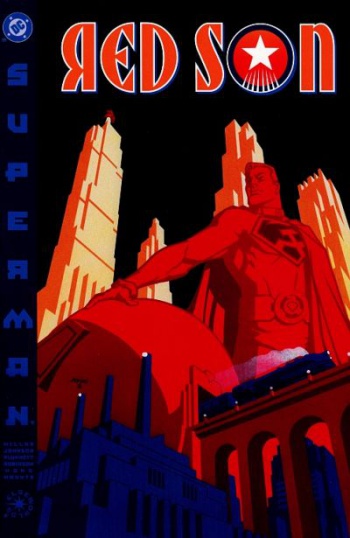 As should be clear by now, there’s absolutely no shortage of parallel superhero worlds to explore. But if you want a few popular recommendations, consider the following:

The Dark Knight Returns
This book is already well-known, but it inspired so many later Batman works that it’s hard to remember as a parallel DCU. Years after retiring in the wake of Robin’s death, Bruce Wayne resurrects the Batman identity to stop Gotham’s continued slide into chaos. Written by Frank Miller at the height of this career, this book gave us a compelling version of Batman, final conflicts with Two-Face and Joker, and the iconic Superman battle that’s being adapted for Dawn of Justice. The “Goddamn Batman” trope hasn’t fared well under later writers – including Miller himself – but this is still a worthwhile classic.

Old Man Logan
Speaking of aging superheroes making a comeback, Old Man Logan takes the same concept while borrowing heavily from Unforgiven, Marvel lore, and post-apocalyptic films. Long after the supervillains rose up and defeated Earth’s heroes, the mutant known as Wolverine has sworn to never unleash his claws again. But when Hawkeye tracks him down for one last mission, they end up traveling across an America devastated by Marvel monsters and ruled by their former enemies.

Superman: Red Son
What if Superman’s rocket landed in Communist Russia instead of Kansas? That’s the premise of Red Son, brilliantly putting a Soviet twist on Kal-El’s adventures. Red Son follows Superman from his introduction to the world in the 60s, through the unending Cold War, to a modern-day American invasion that involves the entire DC universe. But what makes Red Son great is its moral complexity – Superman technically isn’t a villain but a misguided hero, trying to save the world without realizing he’s damaging it the most.

Plus Batman looks freaking amazing in his ushanka. 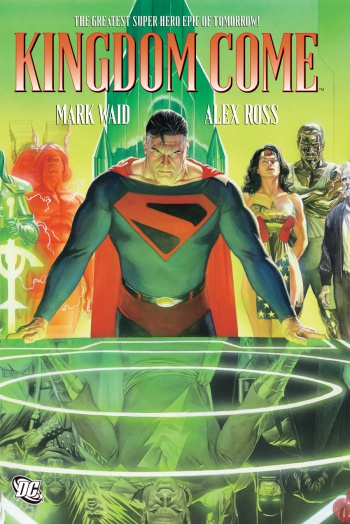 Kingdom Come
In this DC Universe future, the Justice League reforms after a new generation of violent, amoral superheroes cause the complete destruction of Kansas. There’s a lot to praise about this book, from solid writing to gorgeous painted art from Alex Ross – but the amazing attention to character detail is the real standout. Ross and co-writer Mark Waid crafted an entire future generation of superheroes to populate this universe, but kept their origins in firmly in the background – including Batman’s son with Talia Al Ghul, and the daughter of teammates Nightwing and Starfire.

Marvel 1602
Parallel universes aren’t just alternate futures – when Neil Gaiman wrote for Marvel Comics, he looked to our historical past. Marvel 1602 takes classic Silver Age heroes and reframes them in the context of Elizabethan Europe. The Fantastic Four are sailors transformed by a strange vortex at sea. The X-Men are “witchbreed” hunted by the Inquisition. Nick Fury and Doctor Strange are Queen Elizabeth’s spymaster and court magician, respectively. Marvel has occasionally revisited this world with sequels, and a current Secret Wars tie-in, but Gaiman’s original eight issues remain an impressively well-crafted read.

Superman/Batman: Generations
What would the DC Universe look like if everyone aged normally? Starting with the 1930s versions of Superman and Batman, Generations progressed through an entire century without any reboots or retcons, until each superhero had an extended family protecting the Earth from evil. Even better, the tone of each Comics Age is reflected – from the pulpy 30s, to the “Gee Whiz” 50s, to the Dark Age 70s and 80s. DC released a couple of sequels, but otherwise hasn’t revisited these characters for years – until Grant Morrison’s The Multiversity revealed Generations as an official universe of the New 52. Hopefully that means we’ll see more of them soon.

This is only a sample of the many parallel universe storylines out there – you’ll probably have recommendations of your own to share in the comments. Regardless, it’s clear that superheroes will be forever tied to alternate timelines – so don’t be surprised when Avengers 6 or 7 starts bringing all-new realities into the mix.

PlayStation Plus to let Subscribers Vote for Free Games