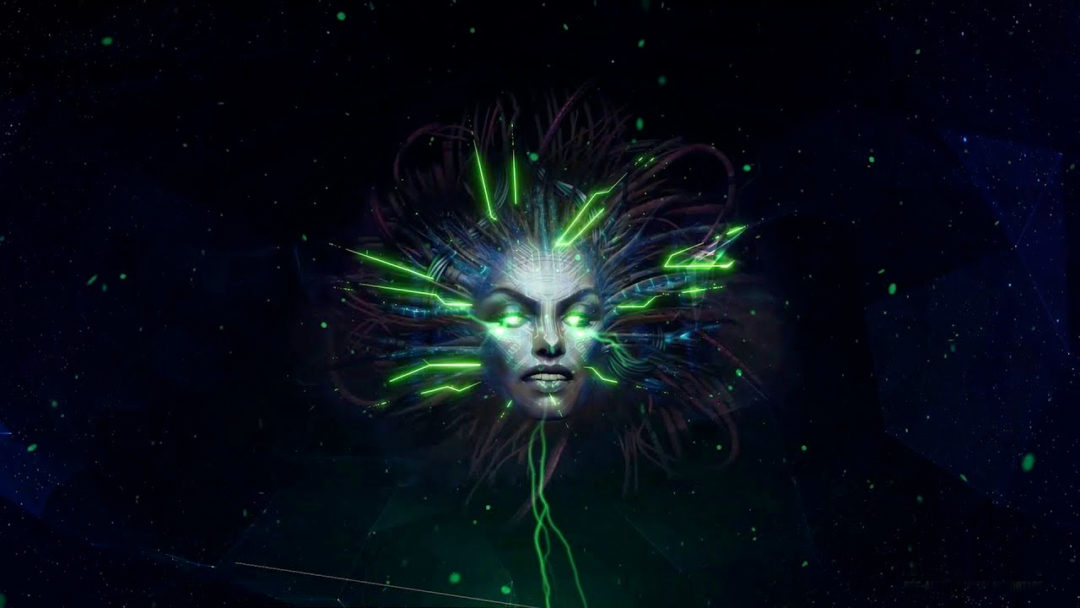 At the end of the ’90s, Y2K panic gripped the world. Fearmongers and tech-illiterates convinced people that computer networks were going to freak out, crash and end civilization when the calendar flipped from ’99 to ’00. The most enduring pop culture of that era reflected this paranoid technophobia. Office Space satirized it, The Matrix rode it to total cultural dominance, and System Shock 2 gave it a face with SHODAN. Reappearing after her apparent destruction in 1994’s System Shock, SHODAN was the ultimate 1999 villain: a faulty computer program that turned on and slaughtered its creators.

Y2K fever was a long time ago, but today online disinformation campaigns are tipping the scales of elections, extremist groups are turning YouTube into a radicalization pipeline, and mass murders are being livestreamed on social media. Tech anxiety is at an all-time high. Not coincidentally, SHODAN is back.

Paul Neurath, the co-founder of System Shock and System Shock 2 studio Looking Glass, and System Shock producer Warren Spector think the current media landscape makes it the perfect time for another story about the malevolent artificial intelligence they first unleashed 25 years ago. They’re working together at Neurath’s new studio, OtherSide Entertainment, to bring their technophobic nightmare to a new generation.

“I’ve always said trying to convince people to be interested in something is a losing proposition, so I always look for things that people are already interested in,” said Spector, who is serving as creative director on the upcoming System Shock 3. “AI is very much on people’s minds. What role is it going to play in our future? Is it a boon to mankind or a danger? People are asking those questions now, and I think it’s important that games deal with those issues.”

“Today AI is much more present in all of our lives,” agreed Neurath. “It’s on our smart phones, figuring out what we’re thinking, trying to predict our behavior, and doing an astonishingly good job at it in a lot of cases. So maybe the fact that we took a two decade hiatus for System Shock 3 is… yeah, the timing worked.”

In my talons, I shape clay

There may not have been an official System Shock title in 20 years, but the series sent shockwaves through the games industry that are still being felt today. Ken Levine’s BioShock and the 2017 reboot of Prey were both direct homages to the series, and EA’s sci-fi horror game Dead Space began production as a System Shock sequel. The series’ John Carpenter-in-space aesthetic has informed everything from Doom 3 to Alien: Isolation, and the immersive sim genre it helped codify has been explored by games as disparate as Dishonored and Gone Home.

Coming back to a series that was so formative for the entire medium has the usually unflappable Spector feeling a little nervous.

“My usual answer when I’m asked about pressure is, ‘No, I’m not really feeling a lot of pressure.’ Even working with Mickey Mouse a few years ago (on Epic Mickey), I didn’t feel much pressure. But this time I really do,” he said. “We’re making a game that has to live up to people’s memories of these games, not the reality. They were great games — there’s no question. But people have embellished them in their minds to the point where it’s a little scary.”

OtherSide wants to retain the original games’ core identities but filter them through modern conveniences and sensibilities. Spector concedes that the series needs to be updated to appeal to modern audiences, but he’s still taking inspiration primarily from the incredibly dense original System Shock.

“The most important thing to me is the pacing,” he said. “It’s not just a straightforward shooter pacing where you run and gun, and move forward like a shark, and inevitably succeed if you keep saving all the time. What System Shock had was pacing more along the lines of stop, see a challenge, or hear a challenge, make a plan, and then execute that plan.”

Neurath remembers the original System Shock‘s impenetrable control scheme with some fondness. “The team would brag that we used every key on the keyboard,” he reminisced. But he thinks the series can be made less convoluted without sacrificing any of its complexity.

“There’s a difference between making the user interface more accessible and lowering the learning curve,” he said. “We never want to dumb down our games. We want to make them challenging. We want to make you really have to think about what you’re doing.”

Your flesh is an insult to the perfection of the digital

The simulation-level difficulty of the original titles may be getting scaled back, but the team is balancing that out by bringing in more survival horror elements.

“One of our litmus tests for success, which we learned from System Shock 2, is we would get fans telling us they could not play the game at night, or in the dark,” Neurath said. “It was too scary. We’re hoping for the same on System Shock 3.”

The game’s pre-alpha gameplay teaser certainly backs up their claims. The footage features the return of several classic System Shock nasties and prominently features a human body being dissolved in acid. Cortex Reavers, the half-machine, half-screaming dismembered corpse enemies from the original System Shock are back and they’ve grown much more grotesque after two decades of advances in rendering technology.

Spector said System Shock concept artist Robb Waters was disappointed that the Cortex Reavers’ design had to be compromised to work within the original game’s primitive graphics engine. Now Waters is returning for both System Shock 3 and Nightdive Studios’ System Shock remake, and his original vision is finally being achieved. He’s not the only key member of the System Shock family to be back in action.

Spector and Neurath promise that several familiar names are either working on the new title directly or have been consulted about the return of the series, including designers Tim Stellmach and Austin Grossman and director Doug Church. Voice actor Terri Brosius will return as SHODAN with the help of Greg LoPiccolo and Eric Brosius, who did her voice modulation and modifications. Ryan Lesser, who gave SHODAN her iconic gray-and-green sequel makeover, is also serving as an art director on the project. 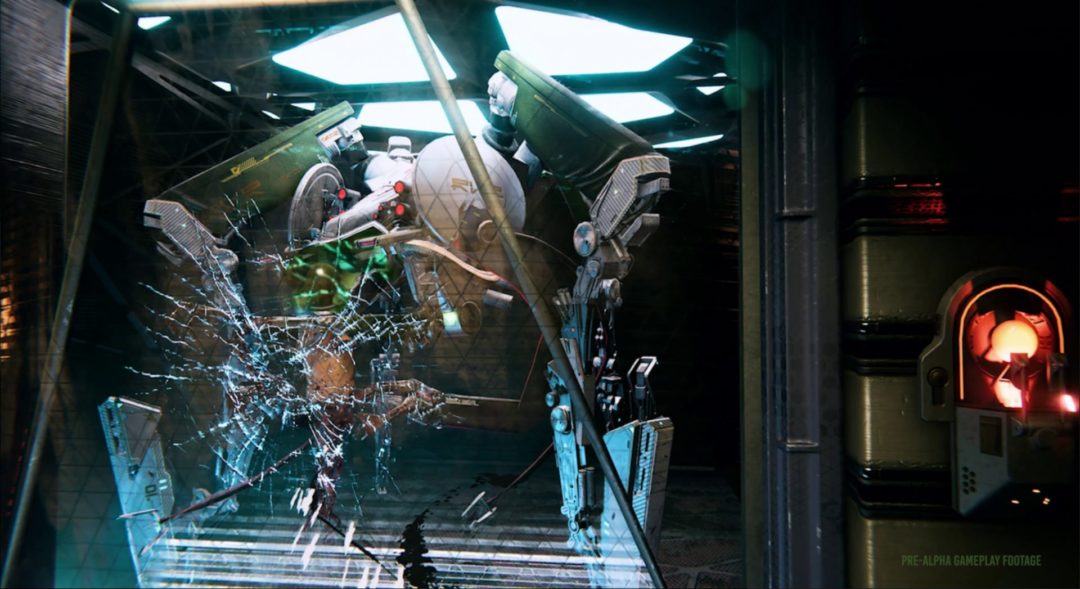 Not bad… for a pathetic insect

The return of so many original team members will certainly help Spector and Neurath keep their promise to stay in touch with their old school bona fides. System Shock 3 will be Neurath’s second project in a row drawn from his ’90s roots, the first being last year’s troubled Underworld Ascendant. An attempted return to the world of 1992’s Ultima Underworld: The Stygian Abyss, Ascendant was riddled with bugs, lacked polish, and struck several reviewers as blatantly unfinished. Neurath described the project as one of the most challenging of his 30-year career.

“We all make mistakes, and one hopes you learn from those mistakes,” Neurath said. One lesson he said the team learned was that fans expect a certain amount of reverence when beloved IPs are restored to life. The team is actively listening to fan desires and expectations, while being careful not to let the project descend into design by committee. “There are people who want this element of the first game, or they want that element of the second game,” Spector said. “We have to be careful not to let the audience design the game, but to be aware of what they expect, and hopefully live up to those expectations.”

You travel within the glory of my memories, insect

Honoring System Shock 3 doesn’t just mean creating a respectful mechanical followup to the ’90s originals. For Spector especially, it means insightfully revisiting the themes he’s spent his entire career fixating on. “People who create things tend to tell the same stories over and over again, because they’re embedded in our brains,” he explained. “It’s hard for me to imagine making a game that isn’t about what it means to be human. It’s just the theme I enjoy coming back to.”

“In a game like this you can test boundaries by having creatures and characters that are hybrids between machines and humans, or AIs and human intelligence,” Neurath continued. “You can play those what-ifs and see the outcomes. And players directly participate in that. They’re not reading about it or watching a movie — they’re experiencing it. To me that’s fascinating.”

As for the moment-to-moment gameplay, Spector promised that he and Neurath fully intend to return to the genre they helped pioneer with titles like Ultima Underworld, Thief, and Deus Ex. “Of course it’s going to be an immersive sim,” he said. The team intends for System Shock 3 to inherit many of the features of the first two games including a voiceless protagonist and the possibility of dealing with enemy encounters in numerous violent and non-violent ways. “I can’t speak for anybody else, but I personally have no interest in making any other kind of game,” Spector said. “I guess actually that’s not true. I would love to make a basketball game some day.”

“What about an immersive sim basketball game?” Neurath suggested.

“Yeah, let me think about that! That might work!”

System Shock 3 does not have an announced release date or platforms yet.

The Bureau: XCOM Declassified Is Video Game Storytelling at Its Best