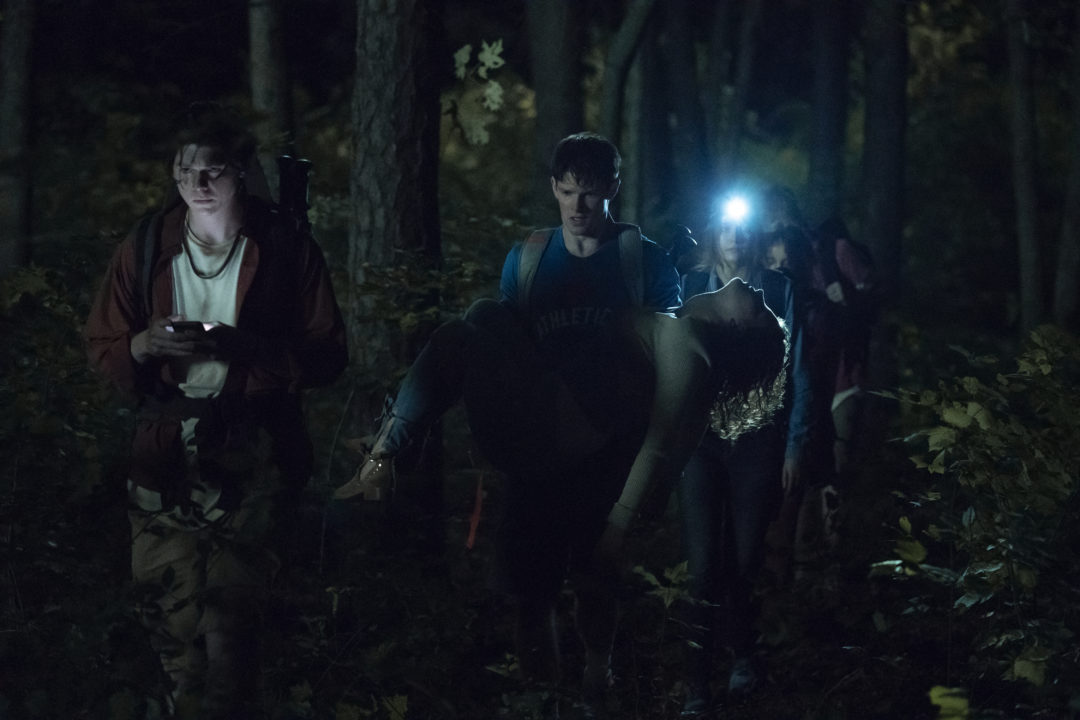 Adults often talk about young people as if they’re a different, distasteful species. College students are overly sheltered, afraid of new ideas, and anti-education, one pundit insists. Young people are mired in a culture of casual sex, another declares. The next generation doesn’t work hard enough; they’re not ambitious; they don’t buy cheese. Adults cast an anthropological eye upon kids, and find them wanting — just as their parents cast an anthropological eye on them and recoiled in horror. The last generation always finds the next generation repulsive and terrifying. One of the most iconic products of intergenerational paranoia is all the way back to William Golding’s 1954 novel Lord of the Flies, where children left on their own devolve into a nightmare of war, murder, paganism, and savagery. If Golding’s book were a headline today, it would read, “Why are Millenials red in tooth and claw?”

Netflix’s new teen science fiction drama The Society riffs on Lord of the Flies without treating children as some sort of mysterious alien brood. The scary thing about kids in The Society is that they’re much like adults, possessing the same capacity for courage and love along with all the less pleasant characteristics. Children might know a little less, but like all humans, they learn quickly — for better and worse.

The Society is set in a small New England community and follows a group of high schoolers who leave for an end of the school year camping sleepover and return home to discover that all the adults have disappeared. Worse, while their town is exactly as they left it, the entire rest of civilization appears to have disappeared. Surrounded by wilderness in an empty town on an emptier world, the kids have to figure out how to survive without starving to death or killing each other.

In Lord of the Flies, kids separated from civilization quickly go feral. Golding’s story is about how tenuous socialization is; animalistic terrors are crouching just beneath the skin of our children, waiting to tear off the flesh mask and feed. But that’s not what happens in The Society. The teens do engage in some partying and vandalism when they’re released from all supervision. They organize car chases, have sex, and smoke as much weed as they want.  But they don’t start sacrificing each other to nameless idols.

Instead, they engage in that act of quintessential adult horror — politics. The kids quickly realize that they need to organize if they’re going to survive. Food and electricity need to be rationed; they need to organize expeditions to try to find farmland. After some jockeying, student council president Cassandra (Rachel Keller) and her sister Allie (Kathryn Newton) take charge with the help of the “Guard” — a bunch of football players who act as a kind of police force/military.

Some of the challenges the kids face are compounded by the fact that they’re kids. No one has gone to medical school, so when people get ill or pregnant, someone has to read up on how to put in an IV or deliver a baby. Some adults would have wilderness survival training or know how to farm. The teens have to improvise everything.

But most of the conflicts aren’t teen specific. Instead, they’re the sorts of problems anyone would confront when building or maintaining a functional society. One of the most wrenching issues the community faces is how to deal with breaches of the law. They don’t have the resources to imprison a murderer forever, but do they want to execute some kid they had homeroom with? How should they deal with domestic violence? Everyone knows that Campbell Eliot (Toby Wallace) is a sociopath, and it’s not hard to figure out that his girlfriend Elle Tomkins (Olivia DeJonge) is in a precarious position. But there are other problems to worry about, and Elle does seem to keep Campbell quiet. So her plight is ignored until it eventually threatens to destroy the entire community.

Even more insidious is the corrupting allure of power. Allie is pressured into becoming a leader, but soon she’s holding onto her position with both hands and all her teeth, convinced she’s the only one who can keep the budding society safe and on track. Members of the Guard, like many a police officer before them, discover a taste for small-bore sadism and cruelty. A scene in which guard members force a girl to strip in front of them as a way to get her to confess to a crime she didn’t commit is one of the most honest depictions of torture I’ve seen on television — pointless, mean-spirited, and petty. Unlike in Daredevil or 24, it doesn’t yield important information, or exciting moral dilemmas. It just diminishes everyone involved.

Beyond the Guard’s misogynistic treatment of their prisoner the teens’ new world is pockmarked by many other established forms of bigotry. Even with the economy mostly eliminated, rich kids look down on poor ones, and have enough of their old resources to get out of scut work.  Despite the disappearance of the entirety of civilization, some white kids still find time to toss racial slurs at Will LeClair (Jacques Colimon), the one African-American teen in the mostly white town. Everything has changed, but at the same time nothing has changed. The new world is the same as the old world.

That’s depressing in some respects; you’d like to think that the next generation wouldn’t screw things up quite as badly as the last. But it’s also respectful. The Society doesn’t treat teens as paragons, monsters, or aliens. The kids are just people, trying to do the best with the planet they’ve been given, the same way we all do. They clean up their messes. They comfort each other. They organize search parties to find a better world. Their parents could easily have done worse.

No Man’s Sky Was Never a Con

Dreams is a Creative Triumph and Legal Nightmare