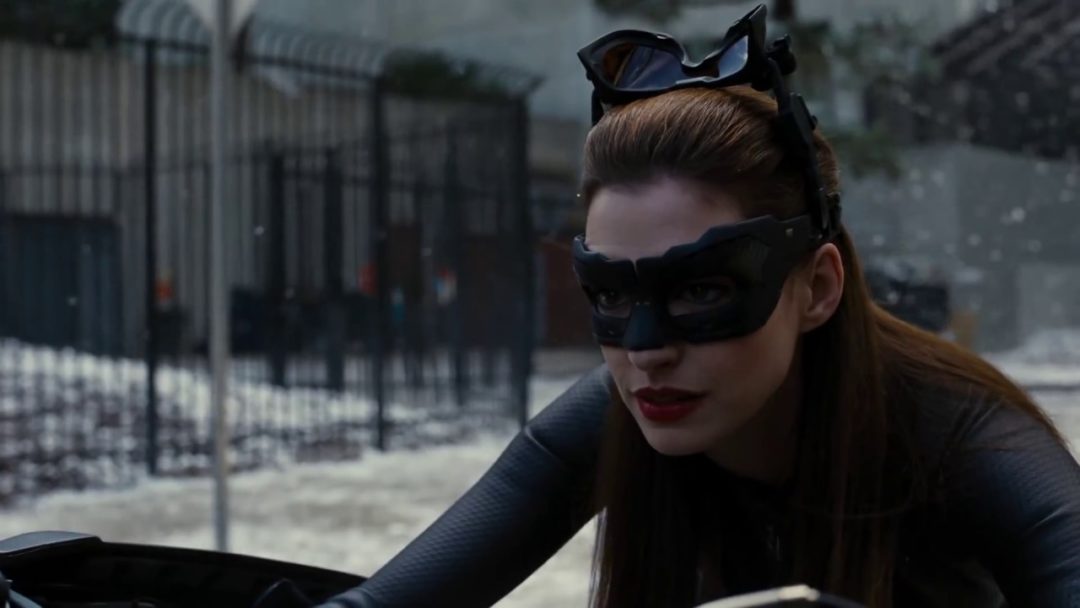 One of the silliest plot devices in recent memory is The Dark Knight Rise’ “clean slate.” Described as “the ultimate tool for a master thief with a record — the clean slate is a computer program that can delete someone from “every database on Earth.” Setting aside the fact that a true master thief wouldn’t have a record, and that information can be stored in satellites or other off-planet locations, the prospect of a tool that can eliminate criminal histories is enticing. Obviously, there is no real world equivalent of the clean slate. Surprisingly, though, there are some pretty good approximations.

While The Dark Knight Rises implies that Catwoman was interested in the clean slate as a way to escape her criminal record, the tool itself applies to every database. That would include data stored by private companies like Google and Facebook, and all financial institutions. Last year, the European Union passed the General Data Protection Regulation (GDPR) which recognizes a “right to be forgotten.” Under the GDPR, individuals can require companies to delete all of their personal data. While the GDPR only binds companies that operate in Europe, the regulation inspired several states to adopt similar regulations, many of which also include a right to be forgotten. This is why you probably received dozens of emails last May about updated privacy policies. The GDPR required companies to notify consumers about their new rights.

The right to be forgotten is a big step towards a true clean slate program, but there are still a few shortcomings. Unlike with the clean slate, there is no one-stop shop. Individuals seeking to reclaim their privacy have to submit separate requests to each company that possesses their data. The data-erasure requirement is also not absolute and does not take precedence over a company’s other legal obligations, including the need to comply with law enforcement personnel and financial regulations, or to retain data for tax purposes. Most importantly, there is no guarantee that companies will actually honor users’ deletion requests. The GDPR imposes steep fines on violators, but that doesn’t mean there will be perfect compliance.

The prospect of a clean slate is more promising when it comes to criminal records. Most states have procedures that allow criminals who have served their sentences to have their records expunged.The specifics vary from state to state. In some states, like Montana, Pennsylvania, and North Carolina, expunging really is a clean slate that requires the government to physically destroy the records of conviction. In other states, expunged records remain available to the public. States also vary in the kinds of crimes that are eligible for expungement — some states do not allow any records to be expunged while others allow expungement for most misdemeanors and a variety of felonies. Finally, the effect of an expungement varies from state to state. In some states, expungement leads to a full restoration of civil rights (like the right to vote) and authorities are prohibited from using the expunged conviction in future criminal proceedings. In other states, expunged convictions appear on background checks and do not lead to the restoration of civil rights.

A commutation is simply a reduction in sentence. While anyone in prison would love to have their sentence commuted, commutations don’t even resemble a clean slate as the underlying conviction remains in effect. Pardons eliminate the direct consequences of a conviction, but do not affect the record of conviction itself. This means the conviction is still part of the public record and, under most state sentencing guidelines, could be used to impose more severe penalties in future criminal proceedings.

As far as Catwoman is concerned, expungements, pardons, and commutations are nonstarters since she is on the run and has not yet served time for all (any?) of her crimes. Those remedies are even less likely given that her crimes are serious felonies and were committed across several states.

Catwoman’s best option for a fresh start is the federal witness protection program, which allows individuals to obtain completely new identities including a new name, a new social security card, a new backstory and, perhaps most importantly, a spotless criminal record. Some program participants have even received a new physical appearance through government-sponsored breast implants, facelifts, or dental work.

Witness protection participants are not immediately confronted with their past when they commit new crimes because their old identity has essentially been discarded. This plays out differently in state and federal prosecutions.

While state and federal prosecutors sometimes work together, witness protection officials do not notify local authorities about incoming witness relocations. This is true even when the relocated witnesses are criminals. This means that criminal history is a nonissue in state prosecutions. Federal prosecutions are more complicated. Individuals in witness protection often work very closely with federal prosecutors. They are, after all, witnesses to crimes committed by dangerous people and often possess information that is needed to convict those people. While there is no official policy of immunity, there have been instances in which the government has declined to prosecute crimes committed by relocated witnesses. Unfortunately, the exact details of the witness protection program — including the policies regarding prosecutions of program participants — are not publically available. As a result, it’s difficult to reach any conclusions regarding the precise contours of witness protection’s clean slate. Even so, it seems safe to say that a witness seeking to turn over a new leaf would not encounter any problems from the government.

As a narrative device, the concept of a “clean slate” is absurd. Equally absurd is the fact that there really is a clean slate protocol, and that the entity that helps criminals escape their past is the government. Even so, the witness protection program serves a valuable role and requires individuals to earn their fresh start by helping to convict the Jokers, Two-faces, and Kingpins of the world. For Catwoman, witness protection seems like the best bet for a fresh start. Given her less-than-legal history, she is virtually guaranteed to have valuable information about a variety of criminals in Gotham City and around the world. Of course, if witness protection doesn’t work, she can delete her Facebook and run away to Paris.

Why Nintendo Is Still Bad At Online

Wheel of Time Wants to Avoid the Game of Thrones Backlash