Despite Furi sneaking into the middle of the eighth generation of consoles with little fanfare, it still managed to put the hell in bullet-hell in a unique manner. Developer The Game Bakers put everything they had into Furi‘s art and unforgiving gameplay, and the end result was a game that saw more than 3 million players in just its first 15 months of availability.

So, with fans across the world eager for more of Furi‘s unique style and play, The Game Bakers decided to go in the opposite direction with a new IP and fresh start. Haven, the project the team has next in line, trades out the nail-biting action for a charming love story on an alien planet.

The Escapist recently got a chance to talk with Emeric Thoa, creative director at The Game Bakers, about the direction the team is taking with Haven and what it has been like to focus on a project that is a bit more reserved than Furi.

What does Haven mean to you and the rest of The Game Bakers?

Emeric Thoa: Haven is a big bet for the studio. It’s our first game “after Furi.” It’s a big game in scope for a studio like us. And it’s self-funded, thanks to Furi’s success. But it’s also very different from Furi, almost making it a statement: Our studio can deliver surprising game experiences of great quality, whatever the genre. We are not tied to one type of game.

Haven is important because it’s another game about freedom, probably the theme that matters the most to me, and because I wanted to explore this kind of gameplay (love story RPG) for a very long time. And personally, it’s my most difficult project to date… Therefore, I want it to be a success more than ever.


Takashi Okazaki was involved with some of Furi’s artwork, which helped lead to the game’s standout style. Does the team have any other guests helping out with Haven? If not, is there anyone you would love to work with in the future?

Thoa: Koyorin is helping out as a guest artist; their ability to draw very expressive faces impressed us. Danger is making the original soundtrack, and it will definitely play a big part in making Haven stand out. However, the core team of The Game Bakers might not be as famous as Takashi Okazaki, but we shouldn’t forget them. The writer of the game’s dialogs is doing wonders. Our artists, animators, programmers… the team: They are making the game. 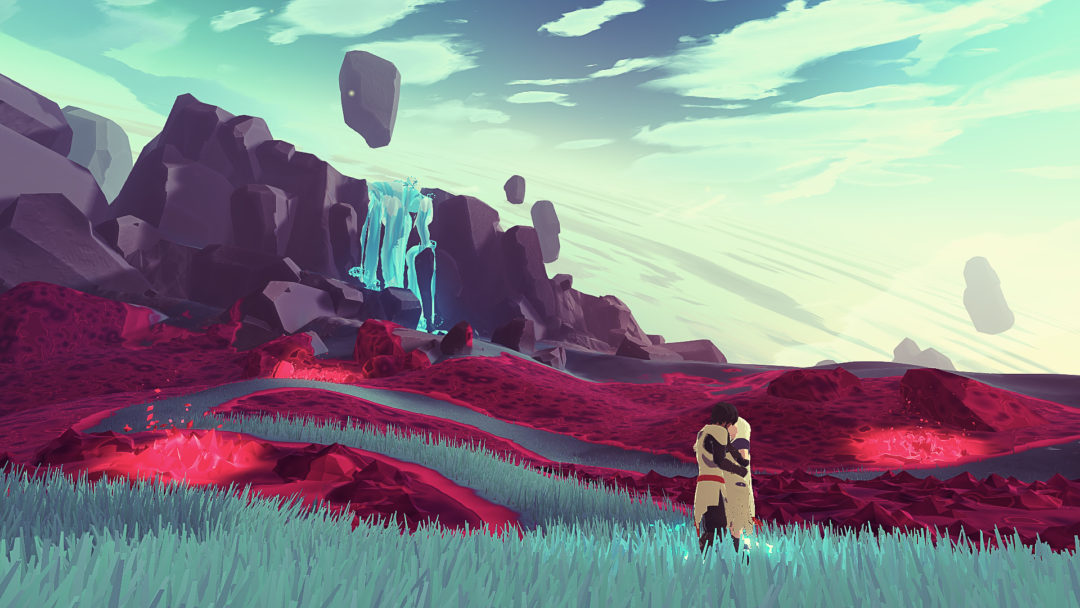 Thoa: Exactly. Haven and Furi have a lot in common actually, but only under the surface. Haven does take a lot of risks like Furi’s paths sections, maybe even more.

Here is a little story: When we pitched Furi to publishers during conception, a lot of them said, “You should add minions to beat up on the paths, and weapon upgrades to collect.”

When we pitched Haven as a love story about a couple in an established relationship, as opposed to a boy-meets-girl story, some said, “You should rather make them fall in love during the game.” There’s no right or wrong, but in both cases, I think they completely missed the point of what would make the game unique.

In Haven, I think the two biggest risks are the “established couple” storyline, and an overall design philosophy of simplicity. It really goes the opposite way of modern game design in terms of economy and RPG systems.

In order to stand out from big-budget modern video games, indie titles often need to find ways to stay unique. What lengths has the team gone to in order to ensure Haven is an experience unlike any other?

Thoa: Well said, we have to be unique. We have to be Davids in a world of Goliaths. I think the first extremely strong decision was… not to make Furi 2. Had we made Furi 2, we would have made a better game, with more content, more polish… but probably less memorable overall.

Like I said above, Haven is built on some unique design choices (established relationship, simplicity), but it also stands out by the quality of its production values. I think especially the writing, the acting, the music, and the art will feel unique. 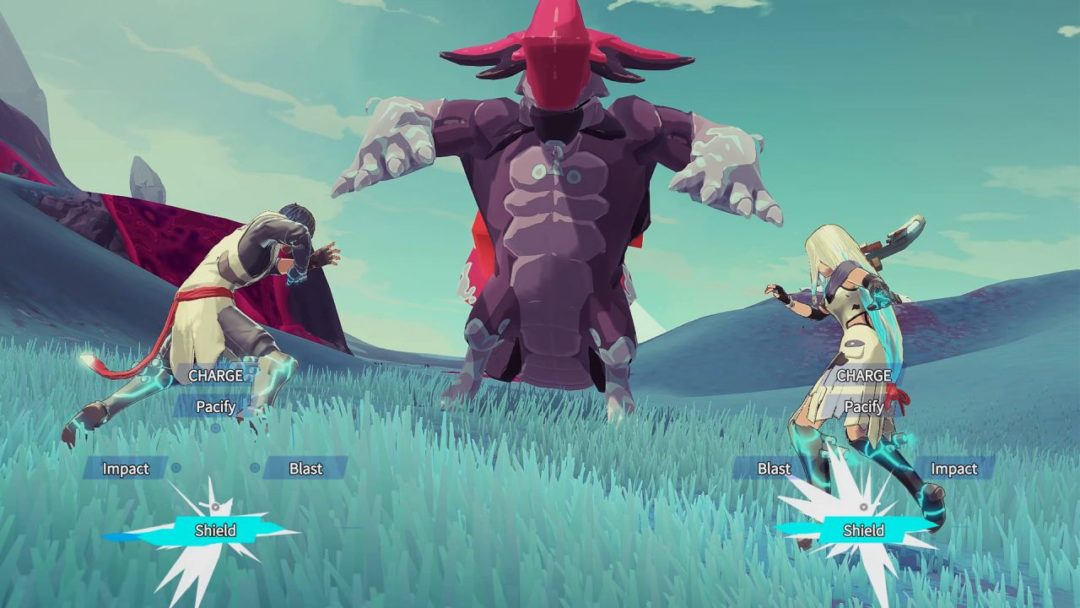 I saw the team was not always sure the gliding mechanic would make it into Haven’s final cut. What brought the team back to this mechanic, and are there any other interesting features that did not make it in?

Thoa: When we started the project, there was some sort of gliding. We had a prototype, it was starting to look good but was also very — very — ambitious. We thought we would not have the budget to spend the required time prototyping it… and we cut it. We worked on a pretty bad version of Haven for quite a long time. The game was simply not there; it was too complex and not fun enough. Also, it was impossible to write for, because the game experience was not good.

Months passed, and Furi kept selling well. We had more time than expected. We decided to bring back the gliding, a little bit differently, and we reshaped the gameplay and story. Then everything became clearer. It’s such a classic game development story, but it’s also one that I’m always amazed with: the moment when a game that doesn’t work finally comes together, everything changes, from nightmare to dream, and it’s fascinating.

What do The Game Bakers want Haven’s big takeaway to be? It sounds like the team is definitely focusing on a story-driven experience, but can you talk about any theming or how gameplay has been integrated with the story?

Thoa: I can’t tell the takeaway officially because if the players are aware of it, it won’t work. But the theme of the game is once more freedom. It’s the story of a couple who is not allowed to stay together, and who’s fighting for it. It asks questions like how far you would go to stay with the person you love. Would you be ready to quit everything else? Your world? All the other people?

Gameplay-wise, it’s definitely story-driven, but the gliding is important because it makes exploration satisfying. In a classic JRPG, walking and running is not particularly fun. It’s a means to reach a new area, a combat, a treasure, a story event. In Haven, gliding and cleaning the rust is satisfying in itself. It’s a very important part of the game experience.

How long will it take players to beat Haven on their first playthrough? Are there distractions to explore along the way or is the experience mostly linear?

Thoa: It’s hard for me to commit to a precise length, but I guess it’s going to take between 6 to 10 hours depending how you play and how much you explore. I’m actively trying to keep the game short.

It’s definitely not linear, but I wouldn’t say it’s completely open-world either. The game structure opens up progressively, and there’s a lot of optional content along the way. 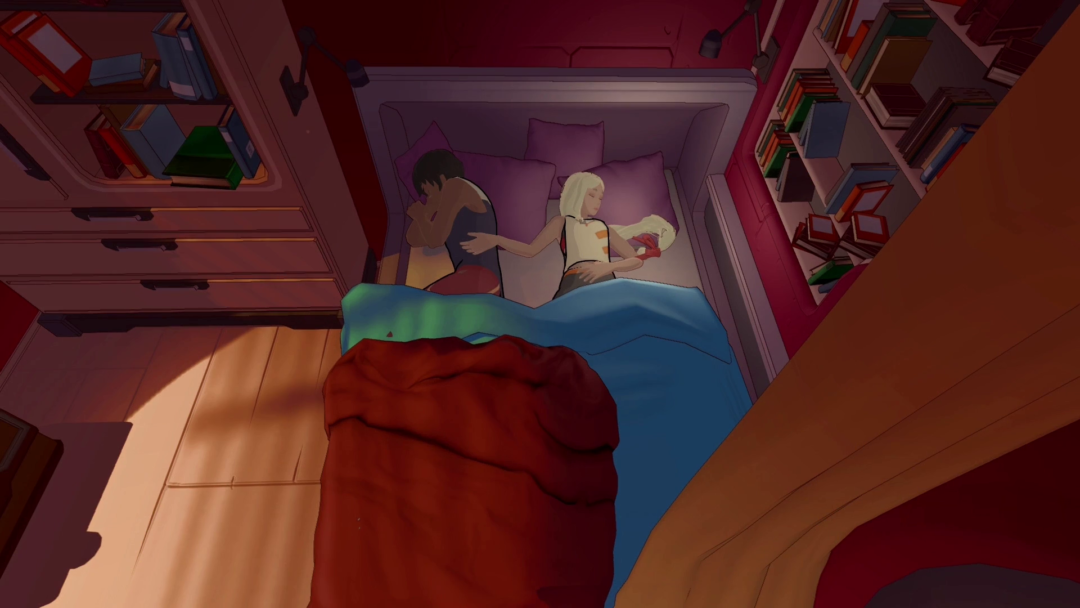 Haven’s stellar new trailer just dropped not long ago, but we still don’t know everything about Haven quite yet. What is something you can tell us about the game that you find particularly exciting or cool?

Thoa: The character level up is very light. They do evolve, but it’s very simple in comparison to modern games. Our fun little “new take” on leveling up is that “experience” is mainly gained by spending good times together. Meaning: eating and drinking. Sharing a good meal after a day of adventure, chatting, cuddling, sleeping — living, essentially — is what makes them evolve, rather than beating up a creature. It ties the gameplay and the story together. It’s also a very French way to consider what matters the most in a relationship: sharing good meals.

What games, movies, TV, music, etc. inspired Haven’s look and feel? Are there any examples you can think of specifically?

Thoa: Ha! I have this covered. Here is a blog post I wrote about that exact subject. And a pretty picture too. But even though we have inspirations, a new game is a new game; it’s much more than the sums of its influences.

I noticed the game does not seem to have an Xbox release locked down just yet. Can you talk about why that is?

Thoa: We’d love to bring the game on Xbox, but each platform is an additional challenge and we have to prioritize. So we are starting with PC, PS4, and Switch already. If we can have those three platforms shipping at launch, it will be a nice achievement for a small indie team. We will add more platforms that make sense for the game as soon as we can.

Is there anything else you’d like to add about Furi, Haven, The Game Bakers, or gaming as a whole?

Thoa: A couple of things about Haven:

Thanks a lot for the inspiring questions!


Haven launches on PC, PlayStation 4, and Nintendo Switch some time in 2020.

Journey Gets Surprise Release on iPad and iPhone