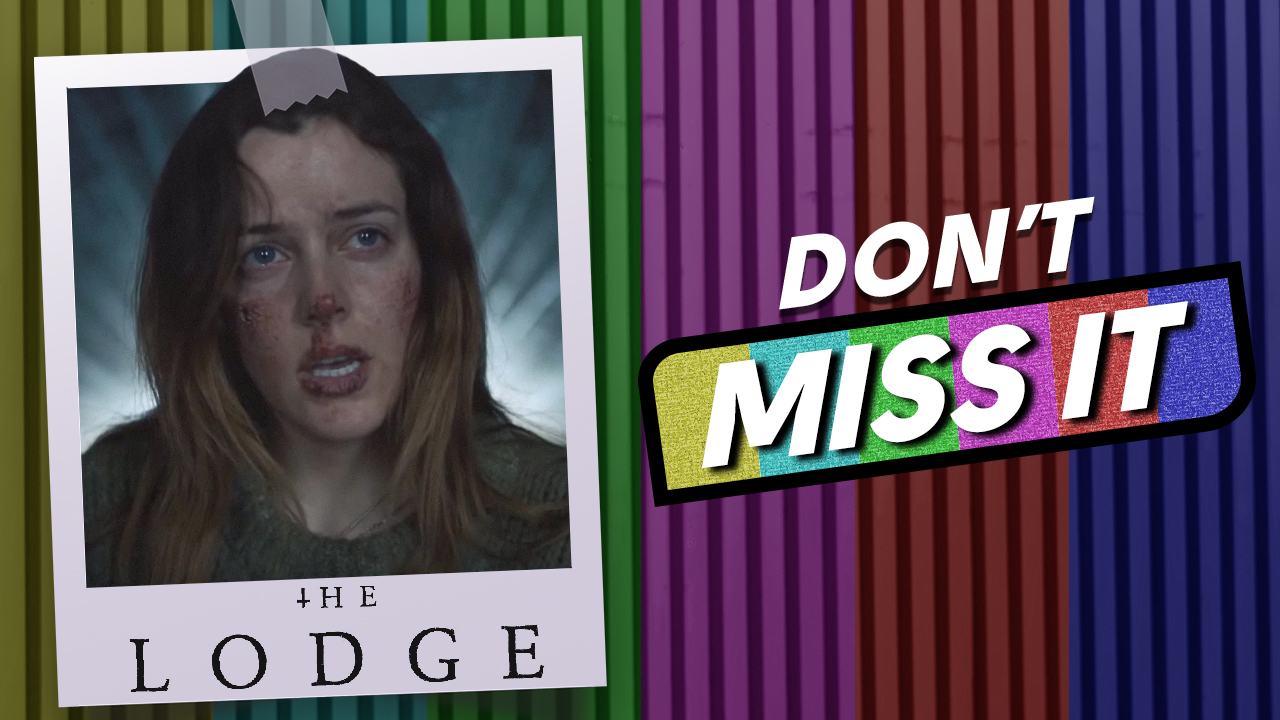 The Lodge offers an atmospheric and claustrophobic horror.

The Lodge is notable as a Hammer Horror co-production, representing another effort by the studio to modernize their brand. Hammer is best known for its wave of British monster movies from the late ’50s into the mid-’70s, films like Horror of Dracula or The Curse of Frankenstein, starring British icons like Christopher Lee and Peter Cushing. However, the studio faded in the late ’70s.

The studio has undergone something of a revival over the past 13 years. What is interesting about this revival has been a refusal to ground it in nostalgia. Hammer’s productions since 2008 have – for better or worse – attempted to engage with contemporary trends. The first film in the new cycle was Beyond the Rave, which was so “of its moment” that it was initially released on MySpace.

When Hammer wanted to produce a new vampire film, they did not return to Dracula. Instead, they produced Let Me In as an English-language remake of Tomas Alfredson’s modern Swedish classic, Let the Right One In. Although the Woman in Black films did offer old-fashioned Gothic horror, movies like The Resident and Wake Wood leaned heavily into low-budget psychological terrors.

The Lodge is very much a modern horror film. The basic plot of the movie finds two children, Aidan (Jaeden Martell) and Mia (Lia McHugh), spending Christmas with their new stepmother Grace (Riley Keough) in the eponymous remote retreat. When their father Richard (Richard Armitage) has to leave, the trio find themselves alone in the isolated rural house.

Inevitably, strange things begin to happen. Locked away from the world, simmering tensions boil over. Aidan and Mia resent Grace for presuming that she might replace their mother. Grace’s own insecurities eat away at her and push her towards confrontation. However, neither adult nor children can be entirely prepared for what will follow as events rapidly and dramatically escalate.

Familial anxieties are nothing new within horror genre, but co-writers and directors Veronika Franz and Severin Fiala are heavily indebted to contemporary genre films. The Lodge adopts an anxious slow-burn approach that eschews easy scares for a mounting sense of dread and uncertainty. With its use of negative space and its comfort in silence, The Lodge wears its influences on its sleeves.

Mia’s creepily immaculate dollhouse cannot help but evoke Ari Aster’s Hereditary, particularly in the way that Franz and Fiala employ it for scene transitions. Alicia Silverstone’s small supporting role as an emotionally vulnerable mother echoes her casting in Yorgos Lanthimos’ The Killing of a Sacred Deer. Even Grace’s back story as a cult survivor recalls Sean Durkin’s Martha Marcy May Marlene.

The Lodge is part of a genre movement that is occasionally and derisively described as “elevated horror.” There are criticisms to be made. The Lodge is perhaps too deliberately paced at times. Certain plot developments are delayed, arriving at around the halfway mark and again at the three-quarter mark, which has the effect of making a lot of the first half seem like an extended preamble.

However, The Lodge also demonstrates the strength of this approach. The pacing affords the cast room to breathe. Keough has long been an actor to watch, as demonstrated by work on projects like The Girlfriend Experience and It Comes at Night. Keough affords Grace a layered interiority, a lot of the film’s tension radiating from her performance. Martell is similarly impressive and inscrutable.

In its best moments, The Lodge is a horror film that exists in the space between the belief that people are truly alone in this world and the understanding that hell is other people.

The Lodge opened in New York and Los Angeles on Feb. 7. It will expand to other markets on Feb. 14. You can search for theater screenings.