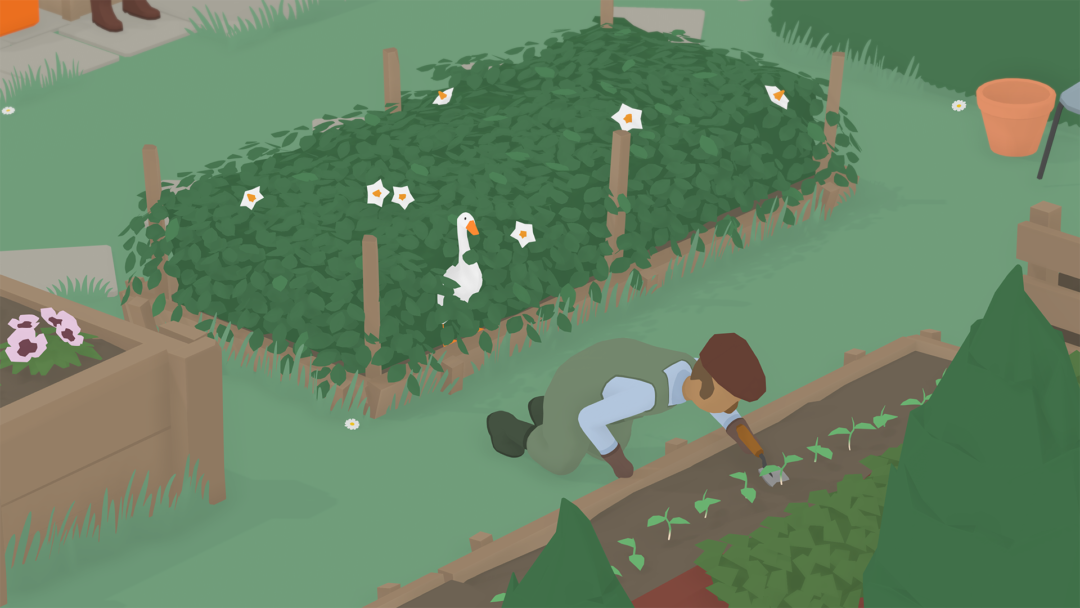 Untitled Goose Game seems to have taken over social media in the past few weeks, inspiring fan art and memes based on the goose causing havoc. The game has been dubbed “Metal Gear Goose,” since you spend time sneaking behind the backs of simple townsfolk, causing mischief and mayhem wherever you waddle.

A more adept comparison would be to the recently rebooted Hitman games. Untitled Goose Game consists of several small sandboxes with a variety of activities to complete on your to-do list. The villagers go about their days gardening, painting, and doing other quaint British activities, and much like in Hitman, you poke (often quite literally) at the sandbox and see how it will react to your actions.

Both the Hitman series and Untitled Goose Game are at their best when there are several ways to complete a given task, allowing you to experiment. As you explore the village and learn how it ticks, you’ll discover the many intricate ways you can mess with its pieces to complete your devilish checklist, or just for the hell of it.

Unlike Hitman, Untitled Goose Game steers away from violence, following the examples of other recent popular indie titles such as Journey, Firewatch, and Undertale. Despite how much I enjoy battling gods and slaying zombies, causing grief to a small town as a shrewd goose is rather refreshing because of the incredibly low stakes. Whether you’re trying to steal a gardener’s lunch, throw clothes into a pond, or scare an anxious kid and steal his glasses, (The boy really takes a beating!) there are no real consequences or a fail screen.

Being a goose also lets us do something that would ordinarily be frowned upon: being mean just for the fun of it. I normally struggle to indulge in being evil in video games. If I even hurt a character’s feelings, I’ll quickly restart so I can ensure everyone thinks the best of me. But Untitled Goose Game revels in the thrill that comes from being a jerk and getting away with it.

You’d think being a constant nuisance would tick off the villagers more than it does, but at the end of the day, you’re just an annoying goose. No matter how many times you scare someone or steal an item from a shop, the world doesn’t collapse around you. You’re not punished because you’re a goose and your pranks are just that — pranks. The game is playful rather than truly mean. The well-constructed slapstick comedy and the sheer ridiculousness of the game’s concept remove any chance of your actions being taken seriously. 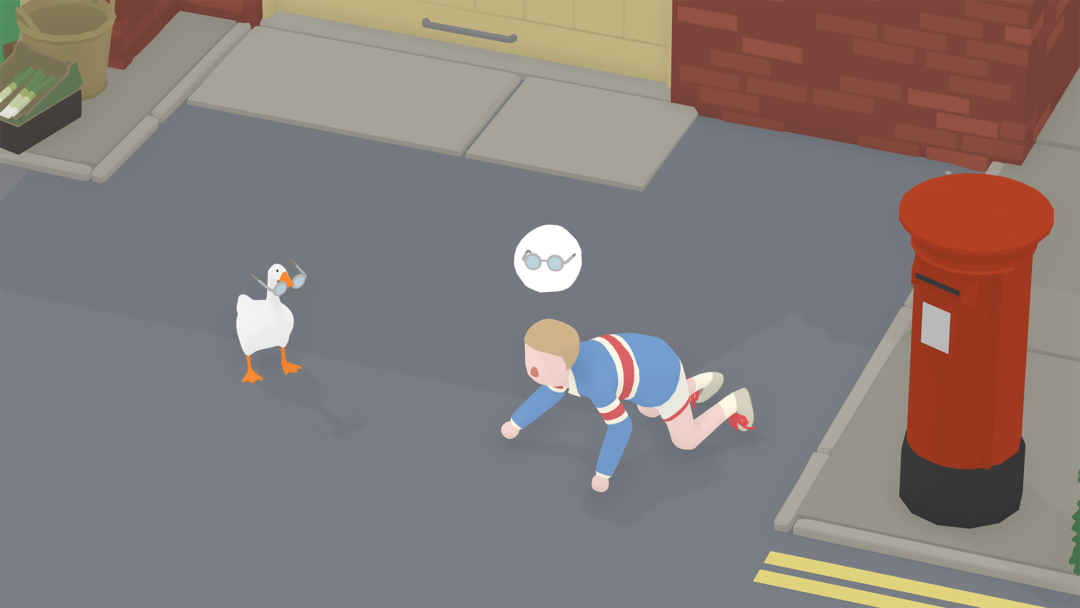 Even though Untitled Goose Game is about being a jerk, every moment is filled with joy and humor. Little details like how the goose waddles along, perks its head up when it finds a new target, and maintains eye contact while being chased makes every moment more fun. The soundtrack dynamically reacts to your actions, and there’s even a button dedicated to honking.

Untitled Goose Game can be just as fun to watch as it is to play. One friend who recently visited hadn’t heard of the game before but quickly started giggling and then went into a full laughing fit within minutes of watching my antics. Having a friend by your side to help you solve puzzles and take turns playing the goose is a joy in itself. Untitled Goose Game is the perfect example of how a title doesn’t need to have multiplayer to be a great party game.

The game does still have its flaws. The weird logic involved with some puzzles requires mindless messing around with the tools at your disposal until a solution pops up. While the game doesn’t overstay its welcome, some of the tasks feel like they’ve been repeated to pad its length. It is really at its best when playing with others since honking at people isn’t nearly as fun by yourself.

But overall, Untitled Goose Game is a well-crafted and hilarious romp with delightfully simple mechanics that lets almost anyone spend a few hours playing as a rude goose. It should be celebrated for several of its smart design decisions and for creating one of the most talked about games in 2019 while avoiding violence. It’s also managed to let players explore the joy of being a jerk without judgement. Now I’ve got to get back to the village. My checklist isn’t completed yet, and that kid won’t trip himself.

Seamus Mullins
Seamus is an Australian writer who loves nothing more than sitting by the fire on a cold Winter’s day, playing games on his Nintendo Switch. He’s worked in games journalism, communications and publishing, and will often be found talking about indie games to anyone who will listen.

Stranger Things Season 4 Confirmed, and We’re Not in Hawkins Anymore

Is Joker Facing Outrage for All the Wrong Reasons? – The Big Picture