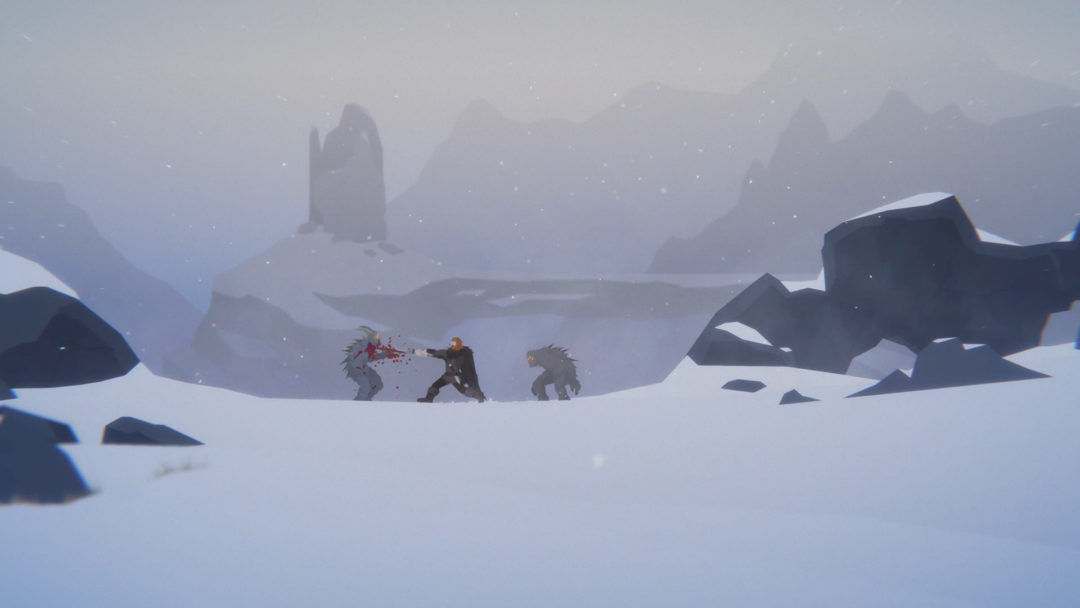 Unto the End is an upcoming 2D combat adventure title currently being developed by 2 Ton Studios for PC. I recently had a chance to play through a one-level preview build of the game and came away impressed, largely due to its tense, rewarding combat system and beautiful visual storytelling.

The game’s story is about a father (think Tormund Giantsbane from Game of Thrones) fighting his way home to his wife and daughter. The build I played began in an underground cave, with the implied task of making my way to the surface. Levels in the full game will have branching paths and areas to explore, but these are self-contained – this isn’t a Metroidvania situation.

Visually and atmospherically, many aspects of Unto the End immediately reminded me of the 1991 classic Out of This World (Another World outside North America). Though Unto the End is fantasy, and Out of This World is science fiction, they both effectively use stylized, artistic minimalism to bring important details and atmosphere to the forefront. For example, the human characters don’t have facial features, but you can tell how injured your hero is by the amount of blood soaking through his clothing.

Mystery, atmosphere, and a true sense of danger create a palpable moment-to-moment tension, where missteps are often fatal. Unto the End’s approach to combat is another thing that makes it special, with a confidence in its encounters that ends up paying off quite well. Instead of unlocking more powerful combat maneuvers as you progress through the story, you’ll begin with your entire arsenal of moves. This means that the only thing standing between you and victory is mastery of these maneuvers and learning how to best use them in the game’s handcrafted encounters. 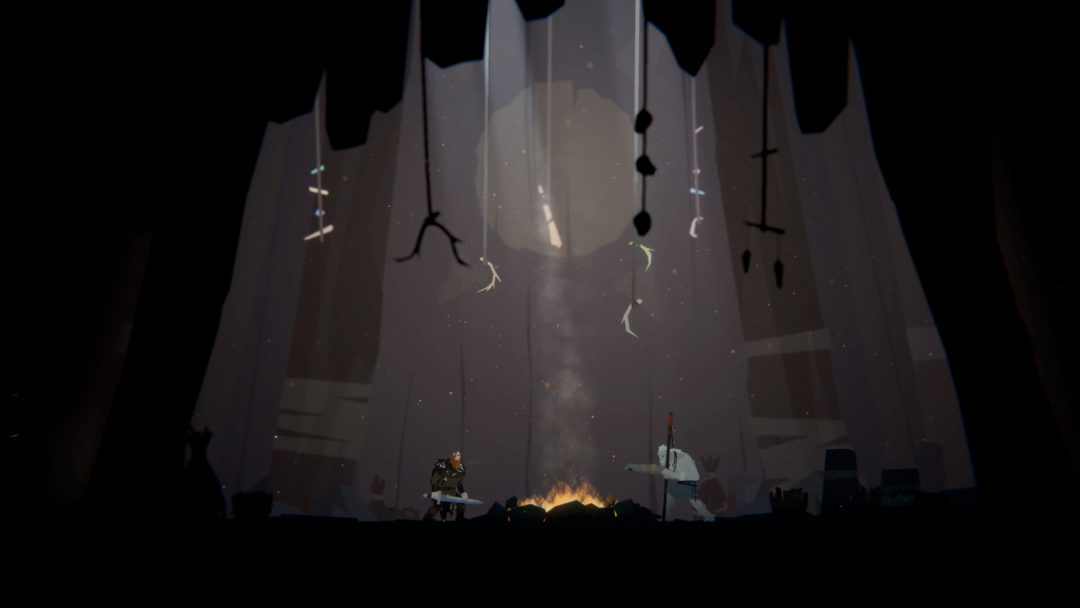 It should be no surprise then that button mashing is a surefire death wish, leading to all but the most basic rivals dancing on your grave. High and low attacks and blocks are accompanied by the ability to shoulder charge, duck, dodge-roll, parry, and riposte. You can also feign high and attack low (and vice versa) and use an additional thrown weapon such as a dagger or spear. There’s a lot to absorb right out of the gate — and even more to master. The feral and tribal beasts I encountered made each battle feel like a unique challenge, often with its own attack cues and considerations that were very satisfying to surmount. I died a lot as I learned the ropes, but each death further informed how to improve my next attempt.

At campfires, you can also craft new items like healing tonics, new armor, or a replacement torch or dagger if they’ve been lost. A number of different crafting materials can be found throughout the world – and it appears as though the full game will include even more than the half-dozen that were represented in the sample I played. Sleeping at a campfire triggers a flashback dream sequence that allows you to practice your combat skills in a vignette of simpler times when you were still at home with your family. 2 Ton Studios has said these types of dream flashbacks will be used throughout the game to add extra resonance and backstory.

My time with Unto the End culminated shortly after I emerged from the subterranean cave system into a snowy forest, clearly the site of a recent battle. After fighting off two tribal creatures (seemingly more sophisticated versions of the cave beasts I’d faced) I came across the final encounter: another creature kneeling over a fallen comrade. Running toward the beast with sword drawn instigated my toughest battle so far. However, I also discovered that if I sheathed my weapon before approaching, it was possible to befriend the creature and continue peacefully. Such a peaceful resolution in a combat-focused game was a most pleasant surprise and uncommon to this type of game. Both outcomes yielded a different reward item, and according to the developer, the way you choose to resolve certain encounters like these will impact how later portions of the story unfold. Very cool.

Unto the End doesn’t yet have a release date, but is available to wishlist on Steam. It’s incredibly promising, and fans of challenging, skill-based combat and visual storytelling should keep it on their radar.

For more about the game, be sure to check out our interview with 2 Ton Games.

What Does A Superman Reboot Even Mean At This Point? – The Big Picture

Justice League Was a Mess, but Its Failure Helped Usher Better DC Films