I descended the steps into the basement bar in central Glasgow, Scotland. Tucked away down a cobbled lane near the train station, it’s a well-hidden place, the kind of bar with antique leather couches and a stack of board games near the door. I looked around, trying to figure out how I’d recognize people I’d only spoken to over messenger apps. Through a slatted wall, I caught a glimpse of red cardboard and figured that must be it. What are the odds of there being two Dungeons & Dragons groups meeting in this same bar on the same day?

As it turns out, surprisingly high. I was faced with two sets of strangers, gathered around two separate DM screens.

My first foray into regularly playing D&D started out a little awkwardly, and I suspect a lot of people shared that experience. I moved to Glasgow a few years ago, acting on the offer of an old Navy buddy who had a spare room to fill and knew I was interested in moving cities, as a way to forcibly dig myself out of a personal and professional rut. It worked out well for my career, but after three years, I hadn’t really established a new friend group. I had the odd board game night with my roommates, and my girlfriend’s friend group had welcomed me, but they still weren’t really my friends. I had work friends, but anyone who’s tried to get their work friends to come out for a drink probably knows how hard it is to shake off the confines of the office. 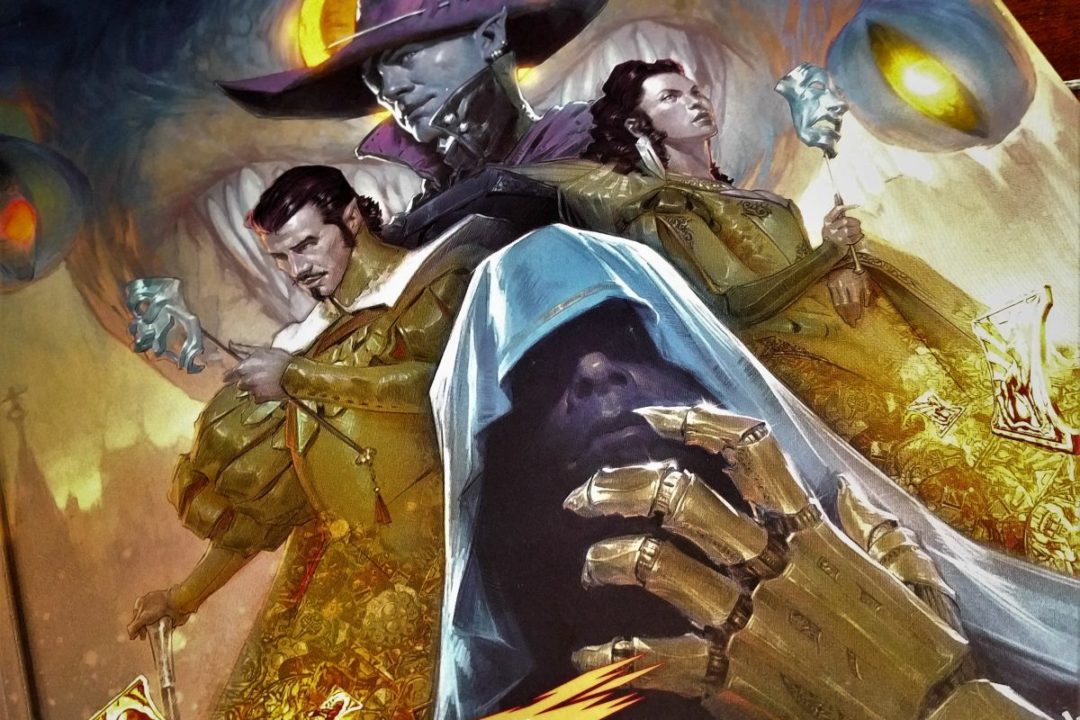 Here’s where D&D came in. I’d always been keen on tabletop RPGs but struggled to find a regular game in my hometown, a small town near Manchester, England where I had lived my whole life (barring my stint in the Merchant Navy). The bug was still there. One day while browsing Reddit, I happened across r/glasgowdnd and discovered that there was a very active TTRPG scene right under my nose. I spent another weekend working up courage, and then I reached out to a DM putting together a brand new group to run the recently released Waterdeep: Dragon Heist module.

After comparing notes, I found my group at the bar. By wild coincidence, two new groups had chosen to start running the same module on the same day in the same bar. We made some small talk to break the ice, taking advantage of the availability of social lubricant. It occurred to me that we have, quite literally, met in a tavern.

We made our introductions out of character, which was a relief since I felt a bit weird about talking in character around people I’d just met. I introduced my character, Moegar Hammerthief, dwarf fighter and retired tavern keeper. I took notes on names and classes of the rest of the party: Big D, a dragonborn barbarian raised by humans; Felix, a half-elf wizard and street urchin; Arvon, a halfling ranger who’s coincidentally a fellow street urchin; and Eldor, a half-elf cleric with a distinctly un-clericy attitude.

It’s a good bunch, and everyone takes the game seriously but not too seriously. Even so, it was a little rigid with a lot of third-person descriptions as people struggled to get into their new characters’ shoes, and I tried to get over the hesitation to roleplay in front of strangers. It didn’t help that I had to make up a new character voice on the fly. I’d played variations of Moegar before with a classic exaggerated Scottish dwarf accent, which was not something I was comfortable doing in front of actual Scottish people. 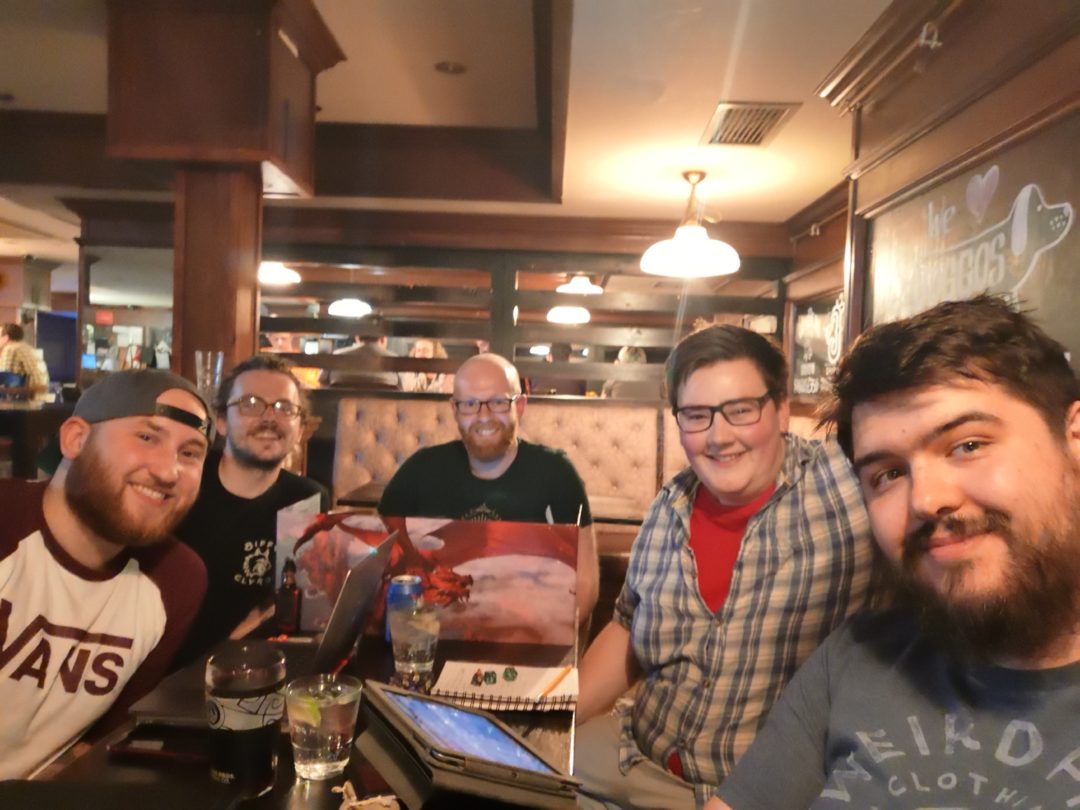 Left to right it’s Eldor (Neil), Big D (Scott), our DM (Callum), Arvon (Calum), and Moegar (Tom). Not pictured is Felix (Ronnie) who is currently out of the country.

What we lacked in party chemistry, we made up for in good old-fashioned d20-based violence. In the Yawning Portal tavern, we tackled a troll, with a little help from the tavern keeper. Felix used the distraction to rob every last bystander he could reach. That day I learned that rogue isn’t just a class; it’s a state of mind.

As the weeks rolled on, we achieved that unicorn of TTRPGs: a regularly scheduled game. We got to know the bar staff, who pushed tables together when we arrived. The bartender let me try his homemade hot sauce, and I badly failed the subsequent Con save. The roleplaying started coming more easily and our characters forming dynamics within the party. Big D and Felix became an unlikely odd couple. Moegar, the oldest character, became an adoptive grandfather to Felix and Arvon, who were the youngest characters. Egged on by the rest of the party, Arvon started returning a suspicious number of dead bodies to his temple like a divine mace-wielding cat.

So what happens when you meet a group of people, share an interest, and convene on a regular basis? It was probably inevitable that our group chat started to span topics beyond D&D. It started with the odd tangentially related meme. A couple of Freudian slips from the game (mostly mine, if I’m honest) turned into inside jokes. Felix’s player was an actor, and he started telling us about his new show he was working on. I even got permission to do my Scottish dwarf. I never felt comfortable enough to do it, but the permission was touching.

It’s hard to pin down when the dial flicked from “club” to “friends,” because by the time I realized it had, I understood it had been that way for weeks. If I had to pick a moment though, it would be our first player character death. Felix, always a reckless youngster, went rogue chasing down an assassin and broke Rule #1: Never Split the Party. We went to legendary lengths to reach him before he failed his last death save. Big D ran ahead while I, unable to keep up on my Dwarven legs, hurled my health potion to him. Big D was at Felix’s side, just one action away from saving his life, when Felix failed his last death save and was lost to us forever. 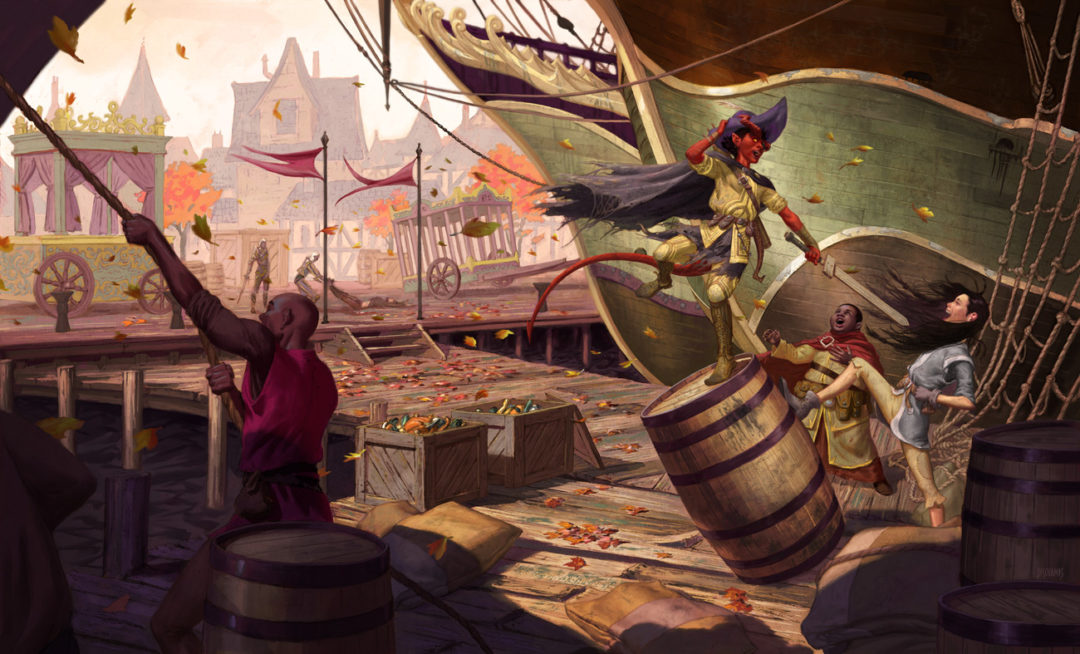 It hurt like hearing an old friend was moving away. I don’t think it’s an exaggeration to say we went through the stages of grief together in that moment. We spent the rest of the session in Denial, with a side-order of Bargaining by trying to find a way to resurrect him. After the session ended, you could scroll through our group chat for the next week and track the other stages. Anger was quite gentle, with a little blame thrown at Felix’s player for running off like that. Acceptance came when he announced his new character concept, and we all came together to offer ideas or just gossip and speculate. Looking back, I think the process of mourning Felix, both in and out of character, is what pushed the dial. After three years in a new city, I had a friend group again.

We’re on a bit of a hiatus at the moment. Felix is back in his home country for a visit, so we’ve put the main campaign on hold and are doing some side campaigns with throwaway characters over the summer. We all agreed we couldn’t finish Dragon Heist without him. What kind of friends would we be if we did?

Tom Artingstall
Tom Artingstall narrowly escaped a career at sea to turn computers off and on for a living. In a pinch, he's also been known to write things. You can watch him slowly unravel on Twitter @ChesterRamoray

Civilization VI Coming to PlayStation 4 & Xbox One in November