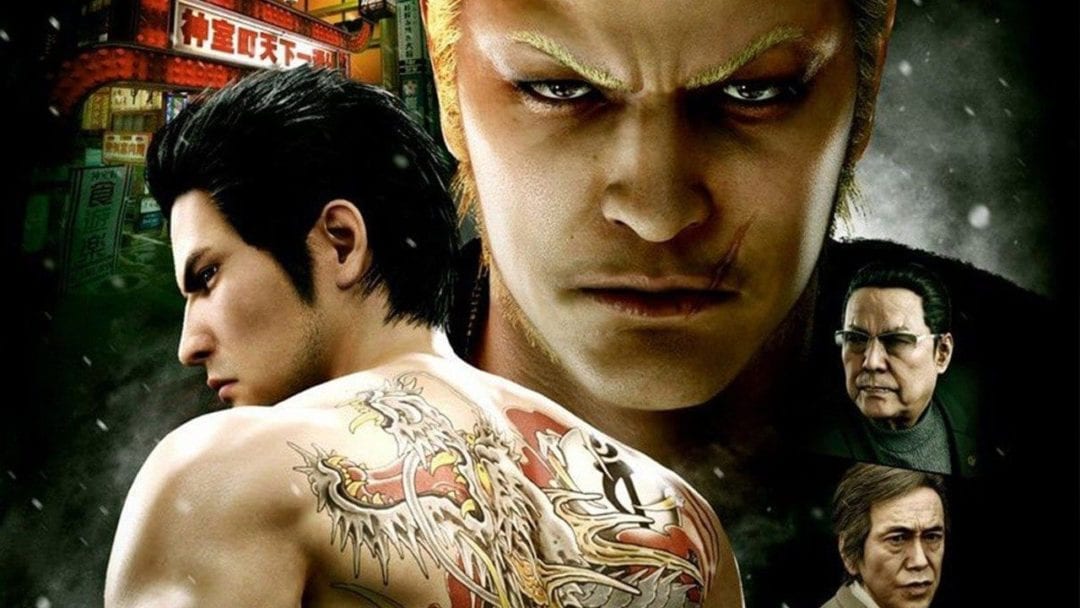 Yakuza is first and foremost a homecoming story. It’s a gangster story too, as well as a weird comedy, and a manga-infused action epic. The series is filled with posturing, lantern-jawed dudes that pick street fights with random pedestrians. These dudes can also deftly remove a suit jacket and shirt in a single swipe without tearing a thing. These shenanigans, though, are framed around Kazuma Kiryu, the “Dragon of Dojima,” and his complicated relationship with Kamurocho, a lovingly rendered fictional mirror of Tokyo’s Kabukicho red-light district.

An orphan raised by the hitman that killed his birth parents, Kazuma is constantly drawn back to the city of his youth. The first game opens when he’s framed for the death of Sohei Dojima, chairman of the Dojima Family of the Tojo yakuza clan. He then returns to Kamurocho after ten years in prison, a hardened man who, like many hobos, is befuddled by how his home and loved ones have changed. (Hobo, by the way, is an abbreviation of “homeward bound,” not just a shabby train rider with a penchant for beans.) By the end of the first game and the beginning of the second, Kazuma has established himself as a legend amongst his fellow yakuza and as an honorable protector of Kamurocho’s citizens. Cleared of his sins, Kazuma’s relationship with Kamurocho is scarred, but healed. As with so many homecomings as well, Kazuma makes peace with his family.

Even as the Dojima clan calls for Kazuma to return as permanent chairman, the hero wishes to retire and create a new home for himself, but first he needs to make sure the clan and city are secure under new leadership. With his legacy safe, he’s free to build a new life and by the beginning of Yakuza 3, he has. Kazuma moves to Okinawa and opens an orphanage, where he enjoys a peaceful respite before he’s drawn back to Kamurocho again, this time to unravel a conspiracy involving the CIA and to protect his orphanage from closure. In the fourth game, Kazuma is drawn back to Kamurocho once more, this time to help three other men with complicated histories in the city. (Namely, a once-homeless loan shark who made his fortune thanks to Kazuma in the first game, a half-Thai cop treated as an outsider in the city he grew up in, and a long-imprisoned yakuza hitman.)

Just when I thought I was out, etc.

Homecomings aren’t uncommon in games. Gears of War 3 actually broke the series’ streak of torpid melodrama with a sequence of real power that involved, of all characters, Augustus “Coletrain” Cole returning to what’s left of his ravaged home city. Coming home is a big, useful story tool that can instantly pull a player into both the characters and the play. It’s reliable emotional artillery, but it’s not one used best by Yakuza. The series’ strength is more subtle. It allows Kazuma Kiryu the space to quietly reflect on his history in the city without recapping that history with dry dialogue and exposition. Every game in the series has Kazuma walking through the bright red arch at the mouth of Tenkaichi Street in Kamurocho, and it always lets that moment breathe. In the original Yakuza, it’s a moment of tension and sadness-the free man reflects on the bondage of lost youth, sets his mouth, and then moves on to break up a nasty fight in front of a posh new club he doesn’t recognize. By the time he walks through that arch in Yakuza 4, he’s an older, wiser man embracing the fact that he cannot, no matter how hard he tries, escape his roots.

These are familiar beats, but Yakuza also creates new history for Kazuma at home, something fairly unusual even for games even with persistent stories. Mass Effect may let you return to notable sidequests and characters in its sequels, but there are few examples like those in Yakuza that make the game feel lived in. There are broad building relationships in the games central to the narrative, like Kazuma’s friendship and rivalry with the one-eyed goofball Goro Majima, but there are more understated elements tying Kazuma to his community. In Yakuza 2, you can randomly stop a group of thugs from hassling a transvestite in a small area of Kamurocho called the Champion District. You don’t have to intervene at all, but if you do she invites you to visit her at the bar she runs nearby, Earth Angel. The bar is still there in Yakuza 3 and 4, and Ako will greet you warmly when you arrive. That’s it though. No grand reunion, no mad sidequest each new game; just a bartender and old friend.

What Yakuza does for its characters though, it does for its players as well. Critics and fans alike tend to dogpile on each new Yakuza game for reusing the exact same environment. Of four core games, two spin-offs, and two PSP games, all but one use Kamurocho as their setting (the lone outlier is a period piece set in medieval Japan). Each new game adds new towns for Kazuma and company to visit-Osaka in Yakuza 2, Okinawa in Yakuza 3-but they always end up back in Kamurocho. The city district only changes slightly between entries, though. Sometimes the derelict building Ryugujo, home to Kamurocho’s intrepid bums, is open and sometimes it isn’t. Sometimes the secluded parking lot near the Champion District is unoccupied; sometimes a crazed Doc Emmett Brown-type named Minamida who wants you to test his virtual reality machine is there. The buildings never change, the streets are always left the same. When you fire up each new game, there’s Millennium Tower, right where you left it, just a few steps away from the coin lockers downtown. The Poppo on Nakamichi Street is still open all day, selling cans of coffee.

In a medium as iterative as video games, where successful ideas are visited many times over for both commercial gain and creative refinement, the new is fetishized to an absurd degree. Yakuza’s recycling of its environment is, as a result, seen as lazy at best and creatively bankrupt at worst. In practice, though, the stability of Kamurocho is affecting in a way that few games ever are. That moment that Kazuma walks through the arches on Tenkachi Street is every bit the returning player’s moment as well. Here I am, back again. Simple changes to the city hit harder than the reveal of something as mechanically base as “new levels.” When you’re all of a sudden granted access to Chinatown in Yakuza 4, not to mention the city’s rooftops, it isn’t a superficial expansion of what the city offers. It’s a revelation, like finding out at forty years old that the house you grew up in was just miles away from Yosemite National Park.

Games are full of houses. Some are even, for the purposes of story, homes. The medium’s obsession with hero quests makes sure there’s no end of characters marching away from some homey looking building, smoke rising from the chimney. Ness, the Pokemon trader, Fable‘s hero, etc. Even games built around the idea of creating home don’t necessarily evoke home. You certainly furnish that place in The Sims and Animal Crossing‘s neighbors may be adorable, but look at what happens when you walk away: The house fills with roaches, the town gets thick with weeds. The player keeps those places alive.

Kamurocho, for the people that have lived there for however many hours, is home. The games insist Kazuma Kiryu return again and again, drawn by family, friends and crisis. When he ends up back there, standing outside the bar Serena, the inevitable confrontation with old faces can be tedious, but also fun. It can be a burden, but also a relief. He’s called there and so are you. There is, after all, no place else like it.

Not That There’s Anything Wrong With That