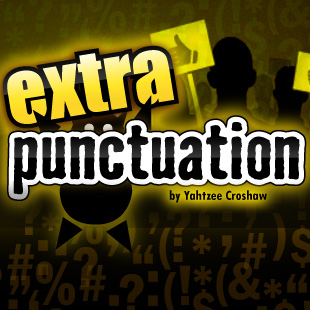 I think it’s fair to say that it’s possible to have too much of a good thing. One could almost argue that it was proverbial. While it is vitally important that there be platforms by which the non-triple A developer who isn’t cleaning wads of C-notes out of their shower drains can release indie games, created for the love of creation as opposed to the love of fat stacks of cash, I worry that the current avenues are overdoing it. It’s like how a shopping plaza will usually be much more crowded than, say, the interior of a quiet cocktail bar, but counter-intuitively it’s actually a far worse place to actually meet people.

You see, as I mentioned in the FTL review, my usual attitude when there’s been no major triple-A release to review (and I can’t think of any retro titles that stir the flinty pieces of what remains of my cold, fragmented heart) is to pop over to the new releases on Steam and try out whatever’s new and not in a genre that doesn’t immediately make the corner of my upper lip rocket up my nostril. Or rather, that’s what it WAS. Because now when I trot over to Steam I see constant streams of indie games I’ve never heard of, mostly from Steam Greenlight. And I did make the effort to download a bunch and see if anything fired the imagination, but it soon became clear that I couldn’t spare all of them the time to give them a fair go. And besides, it’s only fun to harshly critique the rich and powerful. Burn down a McDonalds, fine, fuck the man, but don’t kick the surviving cashiers in the stomach as they lie choking for air in the car park.

Now, I like Steam Greenlight. But here come two very important clarifying words: In Theory. I like that there exists a means for struggling indie games, created by people working to realize an auteur dream rather than maximize profit, to have a chance to get their game out there without having to swim with the sharks. It’s just a shame that so much garbage gets put up there that it becomes harder and harder to isolate titles of actual interest.

And I’m faintly ashamed of feeling that way, because to my mind, the ideal situation for game releases would be something like YouTube. Some generous-spirited person willing to pay massive server costs for the benefit of an utterly thankless audience establishes a system that allows anyone in the world to upload content and have anyone else in the world view it. It’s supposed to be the great equalizer, reducing the means by which something gets around to word of mouth alone, ensuring that the only factor that leads to success is the actual quality of the work, not how much money can be pumped into marketing.

Maybe that’s less the case nowadays with YouTube ‘Recommendations’, a system rather insidiously designed to ensure that the videos with the most views continue to get the most views, but generally speaking it’s a level playing-field. Imagine some kind of version of Steam where you put up your game project, set up a one-click pay system where buyers drop you a buck or two for the download, and then whether people see it or not is up to word-of-mouth recommendation and whatever publicity you can swing. The essence of encouraging artistry and auteur development in games is to place fewer and fewer technical obstacles in the way of someone who just wants to create for art’s sake. Development tools are intuitive enough that the actual creation is straightforward enough at this point, it’s just publication and monetization forming the major stumbling blocks for the artist at this point. 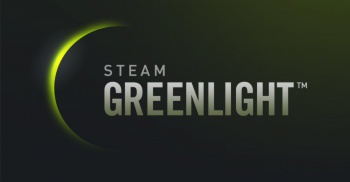 So I appreciate Steam Greenlight for being the closest thing to a completely democratic process. Unfortunately, just like real democracy, it loses something in practice owing to the fact that people are idiots. You only have to look at YouTube and see what gets massively popular – screaming dolts and rip-offs. It’s the inherent problem with opening up a system for everyone on the assumption that they might possibly be a struggling artist, when they could just as easily be a scammer, or a lunatic, or just a really bad artist who works solely in imitation 8-bit graphics.

In theory, this shouldn’t be a problem, because the stuff that’s truly good should be naturally rising to the top by word of mouth. But in practice, nobody has the time to play every single indie game that comes out on Steam to find the hidden gems. Maybe you can give every single game five minutes of your time, but there are a lot of games that need a bit more than that to get good. FTL, for example.

Maybe this is where the gaming media takes responsibility. Instead of going straight to the outlet, the audience can get recommendations from the critics whose opinions have generally been proved to gel with theirs. That would be me, hopefully, if you’re reading this. I believe Gabe Newell once stated in an interview that he felt the future of Steam may lie in ‘curated stores’, wherein a media outlet or critic puts together a little page with links to all the games they actually want you to play, and take an itty bitty cut from the sales. Sort of like how fashion boutiques work. The audience uses their favorite shop owner as a filter for the specks of gold in the bewildering ocean of new releases.

But the problem with this is that I still consider it fruitless to attempt to play every single indie game that’s ever released anywhere, so I would in turn need to have titles recommended to me before I can recommend them on. Somewhere at the start of the chain there has to be someone playing every single game that comes out, and I just don’t think that’s a reasonable thing to ask of anyone. Well. Maybe it would make a good form of prison labor? Just throwing that out there.

I dunno. There’s something to be said for TV channels, and a scheduled stream of content over which the audience has little control. There’s a lot of piffle you won’t have any interest in, but every now and again you’ll be exposed to something you wouldn’t have thought to look for, and be converted. But I think, crucially, you watch television comfortable in the knowledge that every program has had to jump through hoops like you wouldn’t believe to get onto the schedule, and therefore you can be certain that the creators are taking things seriously. Maybe that’s all Steam Greenlight needs: a few more hoops. Like you can only apply if you write a 23-stanza poem on why your game deserves to be played. Or perhaps just jam a corkscrew through the back of your hand.

Khaleesi, Your Mother Was A Hamster: Game of Thrones Goes Python