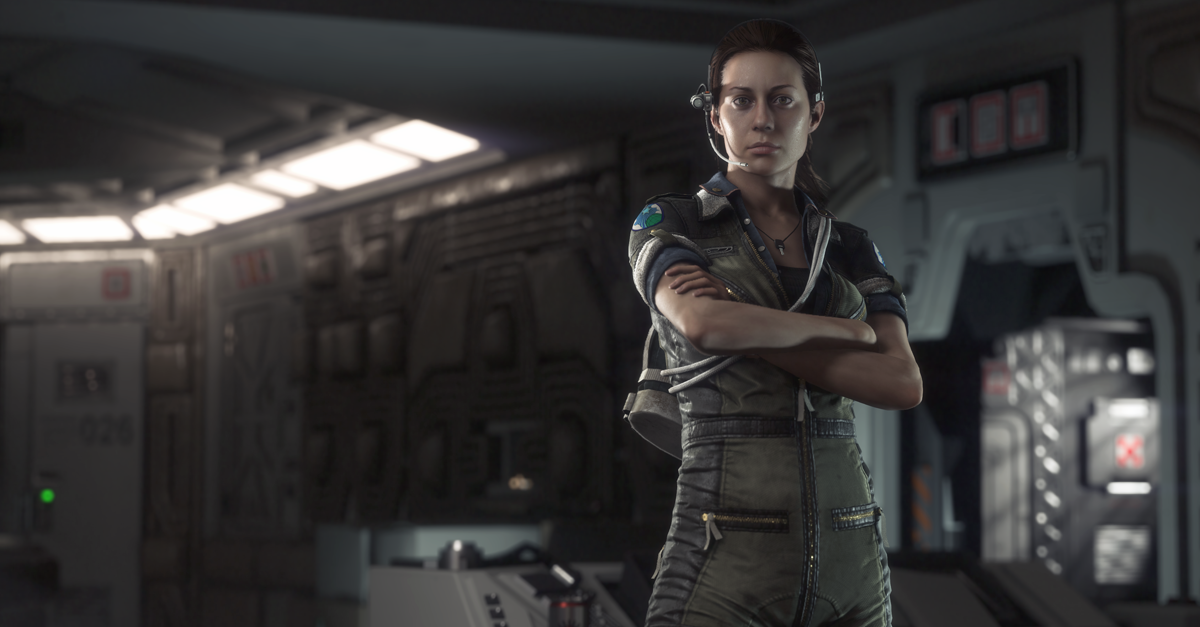 First Shadow of Mordor and then Alien Isolation. Where are we at when movie tie-ins start turning out to be good games? We’re at the thin end of a dangerous wedge, my friend. If the purse-string-holders start getting it into their heads that movie tie-ins result in success, then they might, with the usual sterling logic of the big-money entertainment producer, decide that they were successful because they were movie tie-ins, and not because they were, you know, decent games with good ideas that managed to innovate a bit in spite of the shackling to existing franchises.

And if they latch onto that idea, and the big money starts favoring tie-ins over original IP, then the video games industry spirals into a circle jerk between ridiculously rich people and the world’s most overexposed franchises. In other words, it becomes like the film industry. Maybe that’s how the film industry reproduces: it seeds itself inside another industry and its offspring burst forth from within, like parasitic wasp larvae from a caterpillar.

I’d rather that not happen. The film industry seems to exist in some whole other world of its own, that’s about as easy to get into as a quarantined leper colony. Movies seem to be created in such a hideously bloated fashion with so much divided responsibility and interference that the eventual quality of a major Hollywood blockbuster tends to be a complete crapshoot, although the interminable self-congratulation of the big personalities involved carries on regardless. Almost every major Hollywood film made is a remake or an adaptation because name recognition is about the only thing in the chaos consistently worth banking on.

Video games, meanwhile, seem to be a lot friendlier to the concept of new IP — especially new IP with zombies in it — even in the highest bracket of development. Lately we’ve had Watch_Dogs, Titanfall, Destiny, Evil Within, Sunset Overdrive coming up soon, and yeah, some or most or all of these are tedious garbage, but they’re still new IP. At least they try. Perhaps the recent start of the new console generation is partly what we have to thank for it, but I still say that for all its corporate bullshit and publisher nonsense, the video games industry is a breezy barefoot pixie compared to the creaking old monster that is the film industry.

Movies have been around long enough to get utterly set in their ways. The one thing I still can’t understand is why they keep insisting on this totally unnecessary process of releasing films to cinema first, and delaying its availability on DVD or streaming services because the cinemas have to make their precious money before anyone else can. Fuck cinemas. I’m an entitled Generation Y prick and my willingness to partake in any form of mass market entertainment decreases significantly the further away I am expected to move from my couch. If you’re also asking me to share space with a roomful of noisy strangers, and earn my way to the entertainment I want through several trailers and advertisements for local Indian restaurants, then enjoy being completely ignored.

Comedian Doug Stanhope has a great line: “If marriage didn’t exist, would you invent it?” And I find it’s a useful question to apply to a great many other things. If the cinema system didn’t exist, would you invent it? If films had been invented yesterday, do you think anyone would be saying “Hey, I think no one should be allowed to see this brave new concept of non-interactive entertainment until it’s been blasted at full volume to roomfuls of simps for about a month.” Surely, if the films were truly good, we’d let them stand up for themselves, and not give a toss whether people wanted to see them streamed or bought from a DVD shop first.

But since Hollywood is a squatting ground for very very old, very very large wallets, the films must serve them, not the other way around. What would be the equivalent, I wonder, if films and games truly had swapped places and games were the old, crusty, established medium. Would greasers in the 1950’s roll up to drive-ins, feed speakers and controllers into their cars and play 16-player Bomberman on the giant screen? And today, would every new game have to do its time in the arcades for a period before the home release, so that the rich arcade owners can keep their archaic fucking places of business open?

In case it isn’t already obvious, I don’t like going to the cinema. I think there’s something very insecure about a system that insists on only giving you your entertainment if they can blast it at your face and be sure your attention is completely undivided. It makes me wonder what they’re trying to make me not notice by overwhelming my senses. And on top of that, the cinema system creates a hierarchy. Mainstream cinemas restrict themselves to the films that have the biggest financial backing, and independent films must fight tooth and nail for every bloodshot eyeball it gets. While a certain sector of video games is certainly pushed more violently, and the selections in video game stores tend to be fairly restricted, digital distribution has destroyed everything in its path, and in most of the avenues I get games from these days, indie and triple-A are as visible as each other.

And the by-product of cinema restricting itself to the films with the biggest pockets is independent cinema getting associated with pretentious nichey wank. Whereas one of the things I like most about independent video games is that they aren’t above indulging facetious populist concepts (I’m thinking about zombies again) with no obligation to be overly high-brow, and often seem to be picking up batons that the triple-A industry keeps dropping in its endless sprint to keep up with the cutting edge (now I’m thinking about Shovel Knight), and a wonderful spectrum of experience is laid bare for all.

So, in this time when video games and films are having a lovely time rubbing up against each other, I’d just like to remind video games that we love them just the way they are and I’d like them to try their best to avoid getting any kind of infection.