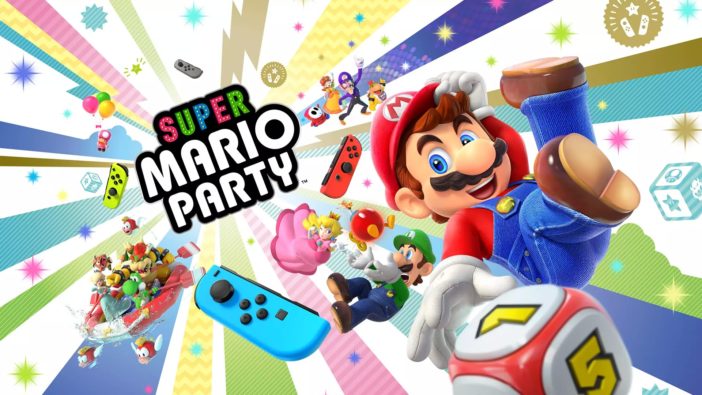 There’s plenty more video game news to discuss, like the recent Monster Hunter Digital Event. Along with that, Nintendo has updated Super Mario Party to include full online multiplayer support, a free Miitopia demo is available now, and more. Here’s the video game news you might’ve missed on April 27, 2021.

As promised, Capcom held a Monster Hunter Digital Event today, focusing on what to expect from Rise 2.0 and Monster Hunter Stories 2: Wings of Ruin. Rise 2.0 launches late today (April 28 in Japan) and will include new Elder Dragons, along with more quests and an increase to the Hunter’s Rank level cap. We also got a look at Wings of Ruin‘s new and returning characters and some of its gameplay in its third trailer.

Ubisoft announced that Watch Dogs Legion‘s upcoming 4.0 title update has been delayed. In a Twitter post, Ubisoft said it “encountered some issues that we need to address before deploying the update. We want the quality of this update to be in the best shape it can be.” It will now launch on May 4, 2021 and is expected to include a new playable character named Mina Sidhu, who can utilize mind control powers.

An update regarding TU 4.0 from the Watch Dogs: Legion team: pic.twitter.com/1eBhDZORFn

A Free Demo for Miitopia Is Available on the eShop Now

In anticipation of the full release, Nintendo has launched a demo for Miitopia on the Nintendo Switch eShop. It’s a free demo that takes place in the preliminary stages of the game. Miitopia first came to Nintendo 3DS in 2017 and utilizes Mii characters, along with RPG mechanics. The new version is an enhanced port made for Nintendo Switch and will launch on May 21, 2021.

A free demo for #Miitopia is available now on #NintendoSwitch #eShop! Download and begin your comedy-filled adventure to bring down the Dark Lord today! The demo even features save-data transfer with the full version!

Fans Think Re:Verse Was Delayed, but It Never Had a Release Date to Begin With

When Capcom first announced Resident Evil: Re:Verse, the spinoff competitive multiplayer game, the community had assumed it would launch alongside Resident Evil Village. It was sort of presented that way during the reveal, but Capcom has clarified this by telling VGC that Re:Verse does not have a definitive release date. Instead, it’s set to launch sometime in summer 2021, as shown in the tweet below.

The Resident Evil ambassadors have received an email mentioning that RE:Verse will be available in the summer, I also received that email, there are no further details. https://t.co/E103PFP7m7 pic.twitter.com/b5sbTT6mXF

Seemingly out of nowhere, Nintendo has updated Super Mario Party to include online play. It used to only feature online functionality as part of its Online Marathon mode, which only offered random mini-games, but now, thanks to the recent update, Mario Party mode and Partner Party mode are both playable via the internet. Fans were pleased with the news of the update but were wondering why it wasn’t implemented to begin with. Nonetheless, you can download the free online update right now.

Keep the party going! A free update to #SuperMarioParty adds online play to the board game mode, 70 minigames , and the 2 vs 2 Partner Party mode. Available now!