Origins featured some amazing craftsmanship on display in the miniatures hall. Here’s some of the best of what we saw. 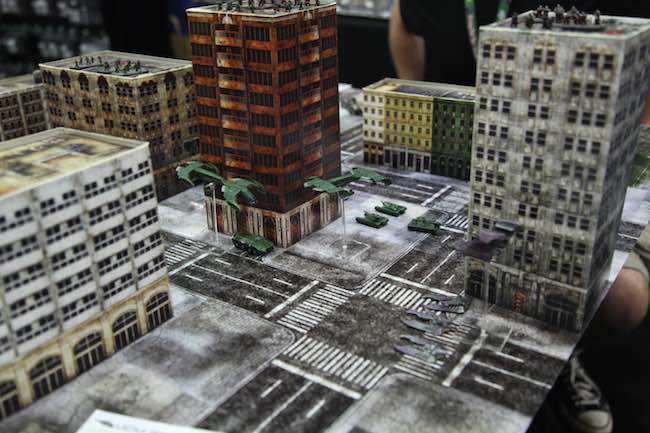 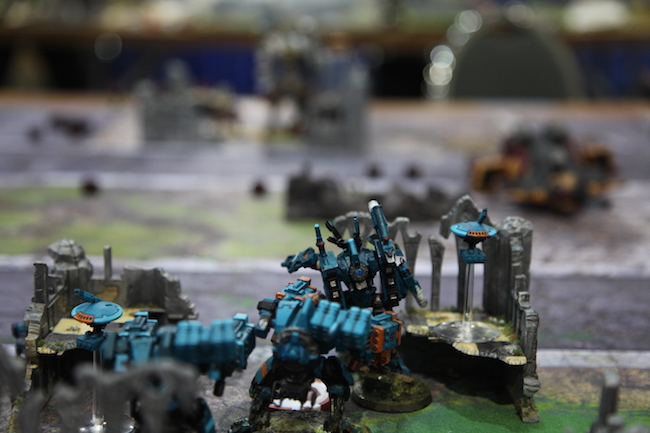 A squad of Warhammer 40k Tau await their fate as the enemy closes in. 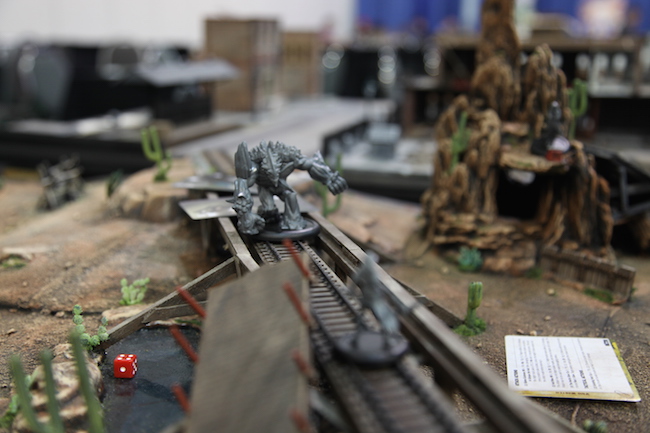 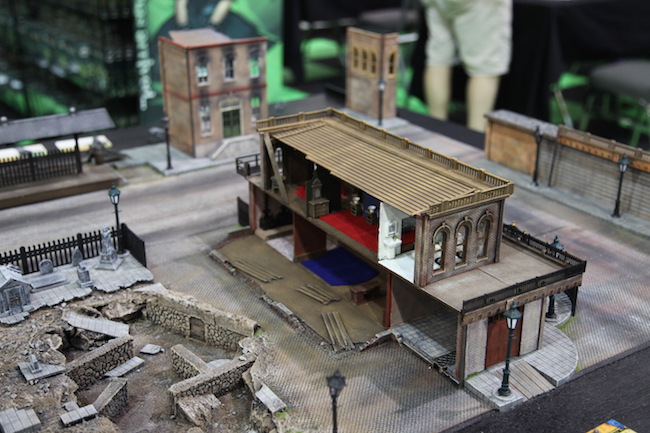 Wyrd Miniatures was showing off some amazing Malifaux terrain setups. 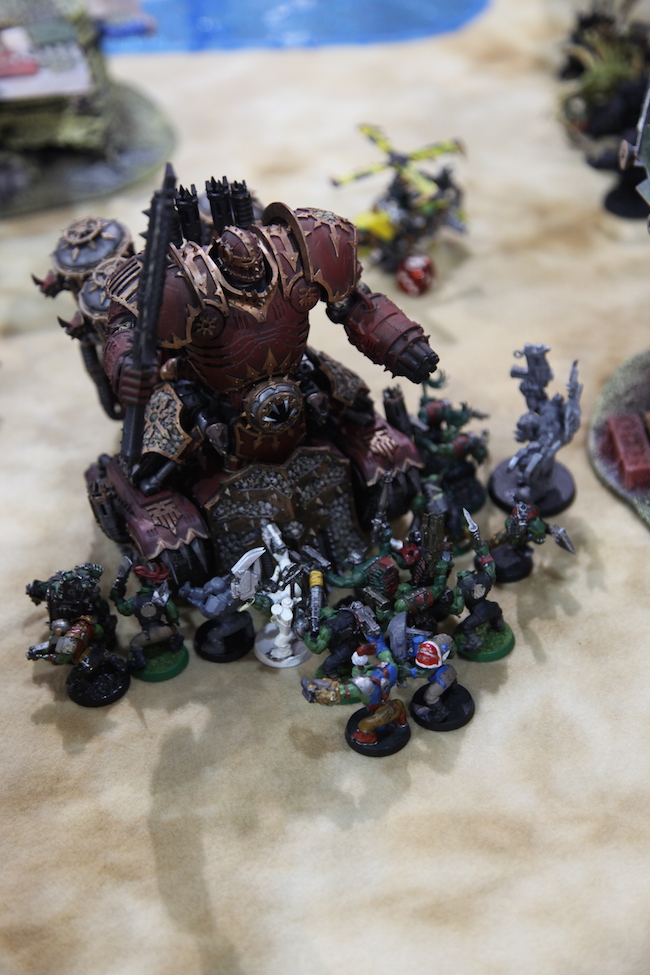 These Orks might have bitten off more than they can chew. 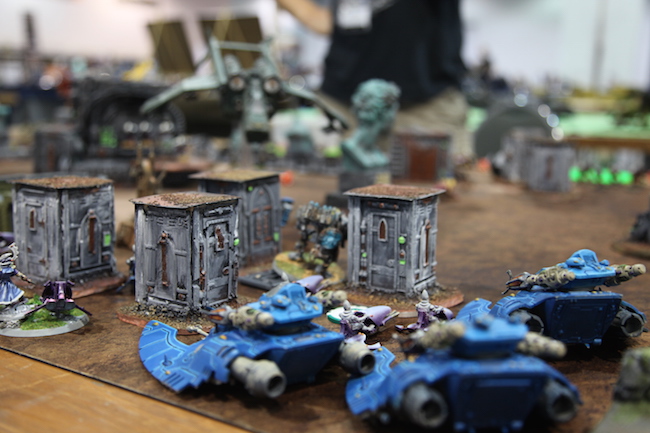 A convoy of Eldar come under attack from an Imperial Valkyrie on a strafing run. 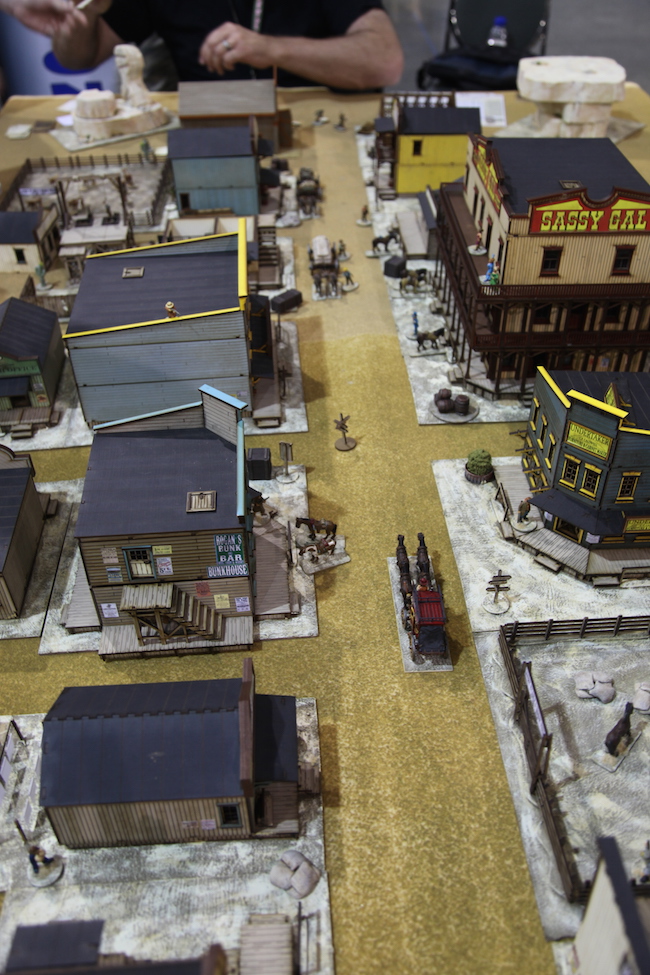 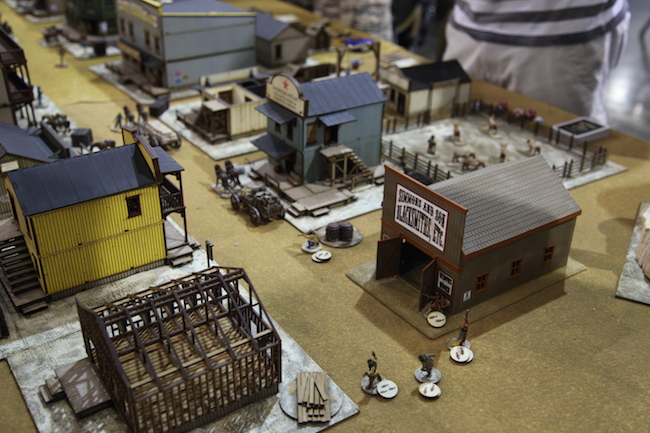 This Wild West town was home to a three-way shootout between bandits, the law, and bank robbers. 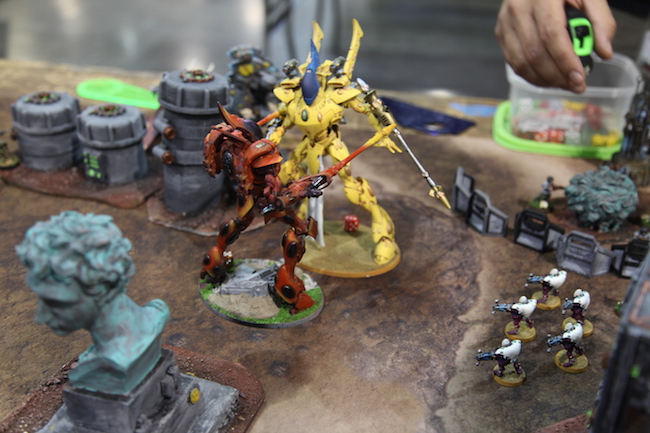 A rare sight indeed, as two Eldar titans go at it in close quarters. 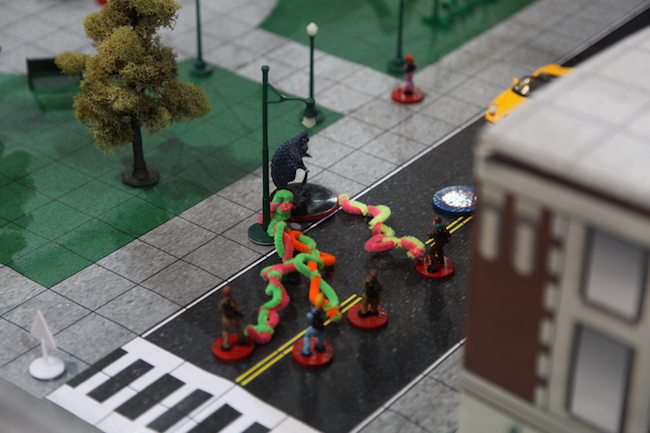 This custom scenario was Ghostbusters as a minis game! The fuzzy pipe cleaners were the plasma pack streams. 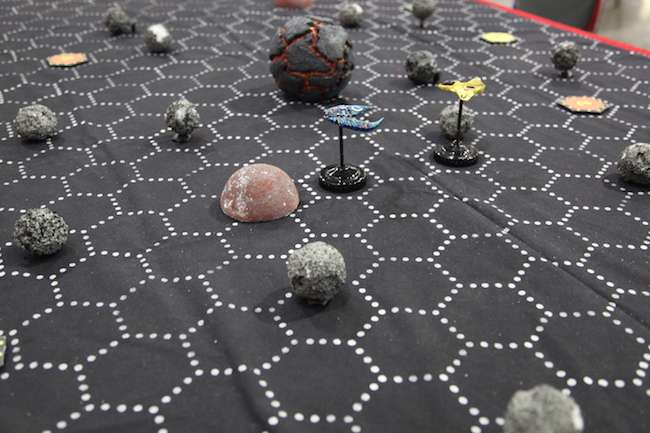 Two ships on silent running glide past each other, each waiting for the other to make the slightest hint of heat… 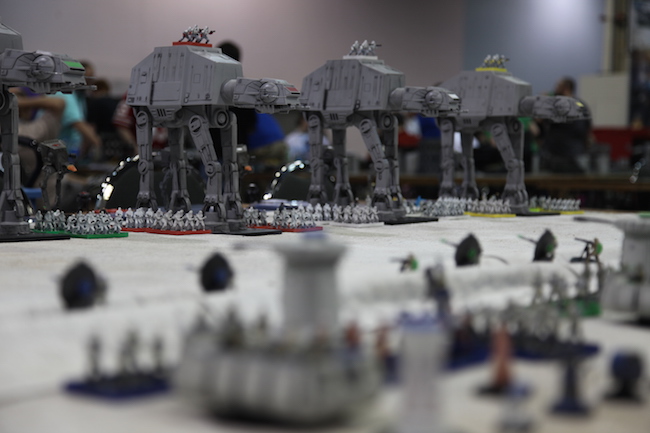 Desperate rebel forces fight a holding action in the battle of Hoth. 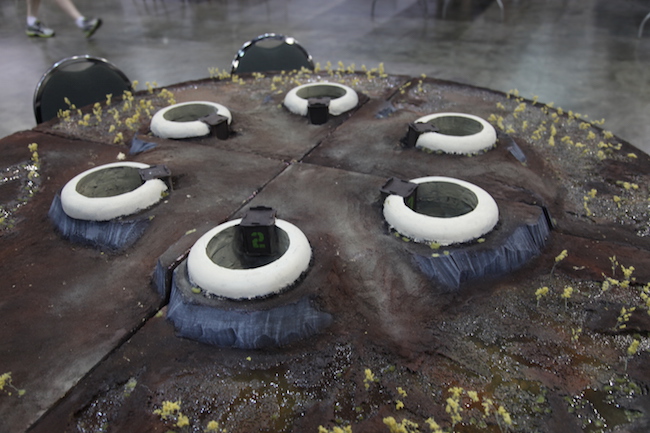 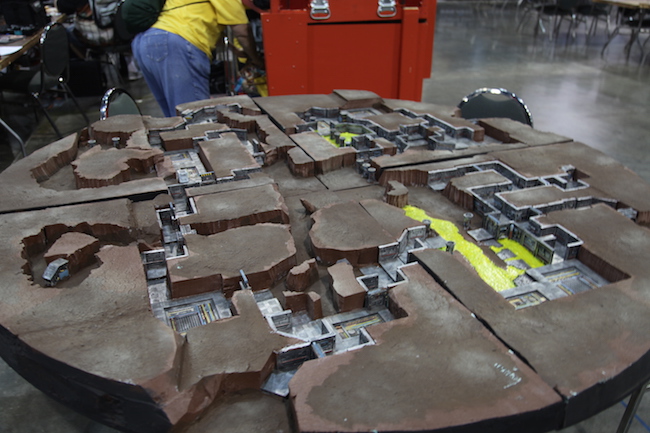 …and the base below. 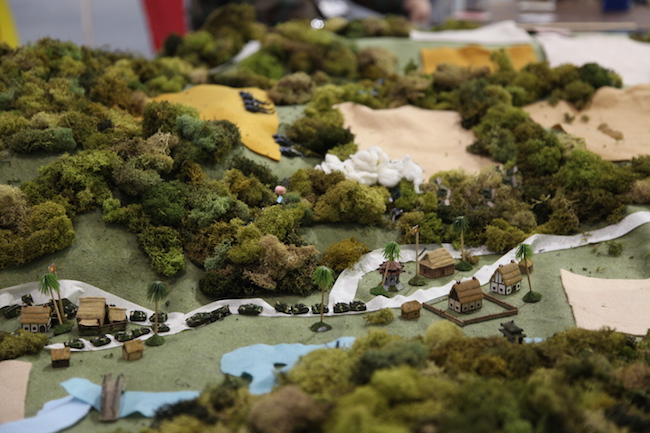 A convoy of American armored vehicles on patrol in the highlands of Vietnam. Guerrillas use smoke as a distraction before ambushing out of the trees. 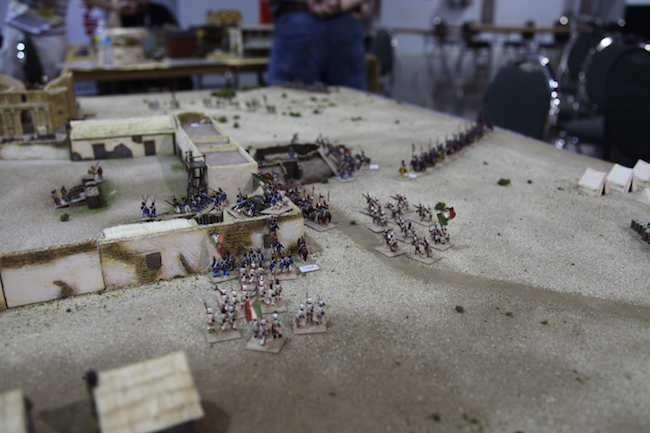 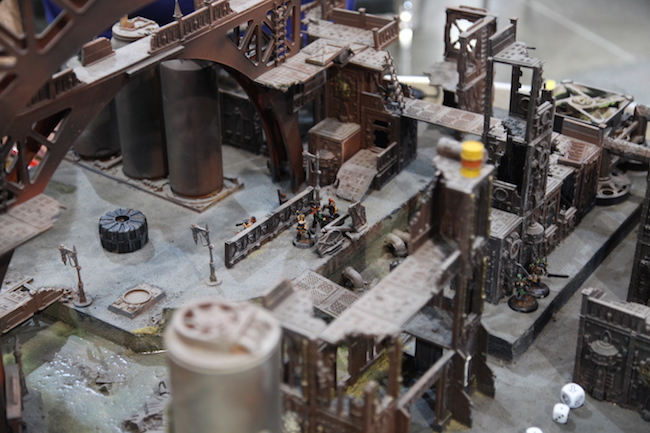 Gangs duke it out among the hive-spires of Necromunda. 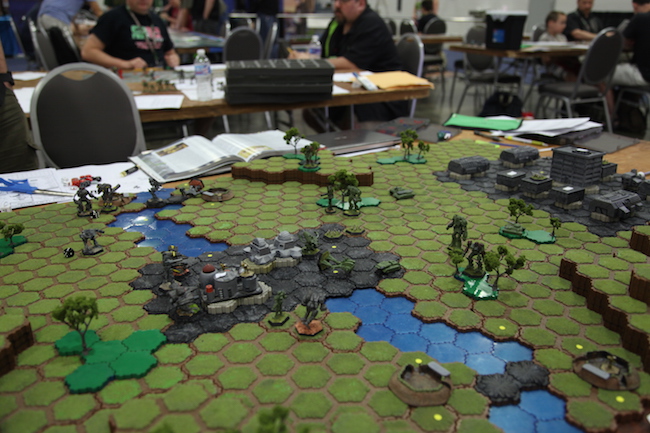 Catalyst Game Labs had quite a few Battletech scenarios running.

To top it all off, many “Monster Mash” style games saw parties of adventurers doing their best in a dungeon. 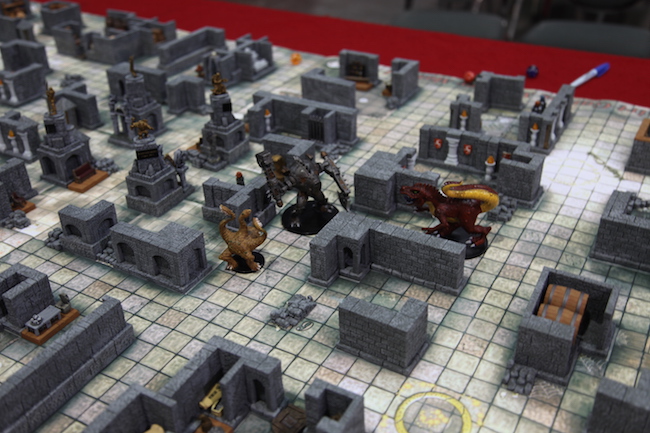 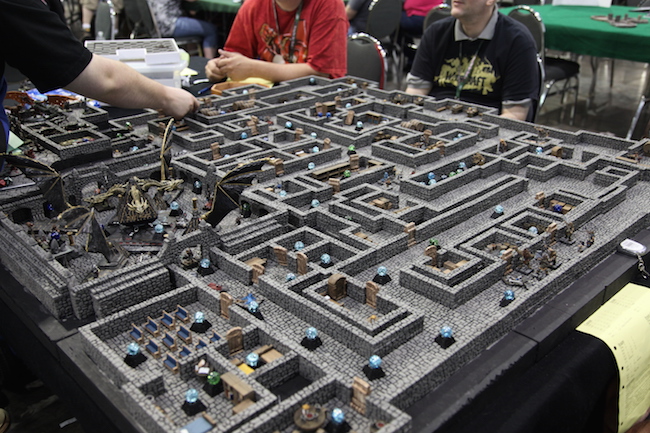 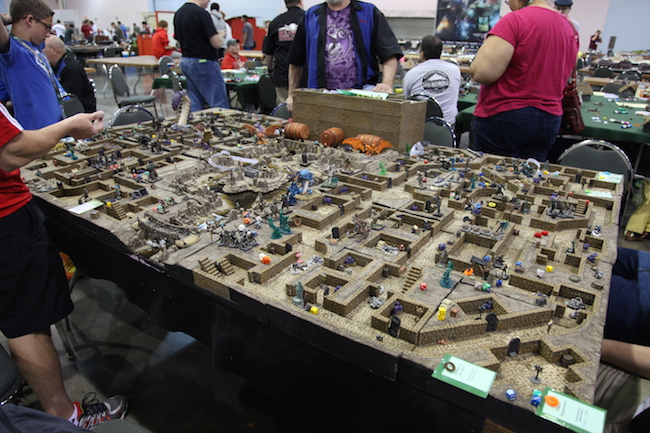 Check back in the next few days for more coverage from Origins, like wonderful cosplay and fantastic new games.