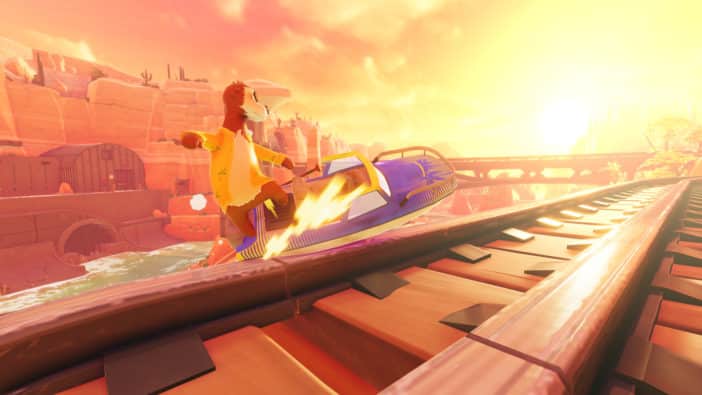 It was only a few weeks ago that the gaming world was still starved for the scraps of the skateboarding genre. Cut to now, and suddenly games like Skater XL and Session look to fill the Skate-filled hole, even as we now know EA will do that itself too. Tony Hawk is coming back too, with remakes of the first two classics, while Skate Bird puts a whimsical spin on the genre by strapping a helmet on an actual bird rather than a prolific athlete with a bird for a name. Yet amidst this renaissance, Funktronic Labs’ Wave Break, a skate-boating game infused with vibrant colors, crude animals, and a synthwave score, still stands out.

As a small indie studio, Funktronic Labs settled on making a Tony Hawk-style game after prototyping a boat on water between other projects. The fact that so many on the team were big fans of Tony Hawk’s Pro Skater “hadn’t really come up before,” said Kalin, the co-founder of Funktronic Labs. “It’s only when we started adding ramps and rails that we realized that we were all wanting more of that Tony Hawk gameplay, so pretty much from that point, we went all-in on that direction.” 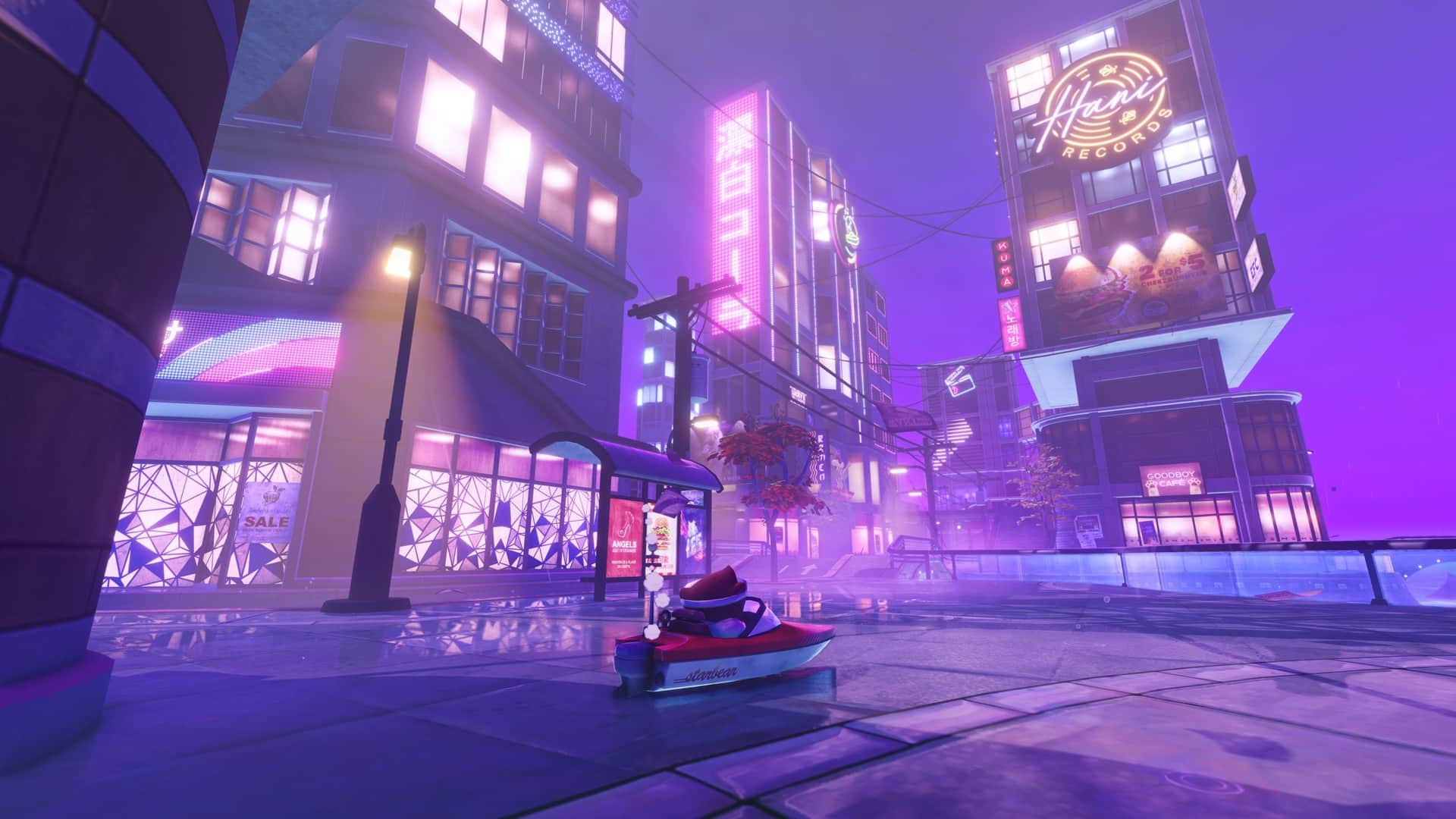 As arguments over which Tony Hawk is best continued (“THPS2 for me!” said Kalin), the team decided — brilliantly in hindsight — to revive the feel of the beloved series, but give it all a major makeover. For Wave Break, that means more than just swapping skateboards for arcadey boats. It means bright pinks and blues in the color palette, synthwave replacing the beloved punk soundtrack, and dimwitted animals delivering a story not out of place on Cartoon Network’s overnight lineup.

“Wave Break is inspired purely on a gameplay aspect, as we wanted to show that the classic arcade skating feel is still fun,” Kalin told me. And he’s right. Immediately when I jumped into the first level, I was greeted by floating letters and a secret tape to collect, high scores to chase, and plenty of freedom to decide how to make it all look stylish in my timed two-minute run. Wave Break is the closest we’ve come to a (good) Tony Hawk in years.

That was my first impression. My second impression was that I’m now quite bad at these games. It took some getting used to before I found my groove again, but I can’t really put it on the game. It felt familiar, even as it’s now a stubby speedboat I was operating instead of an Element deck, but I had lost my touch. I wonder how many other fans clamoring for the genre to return will find themselves stumbling through the early parts of Wave Break. 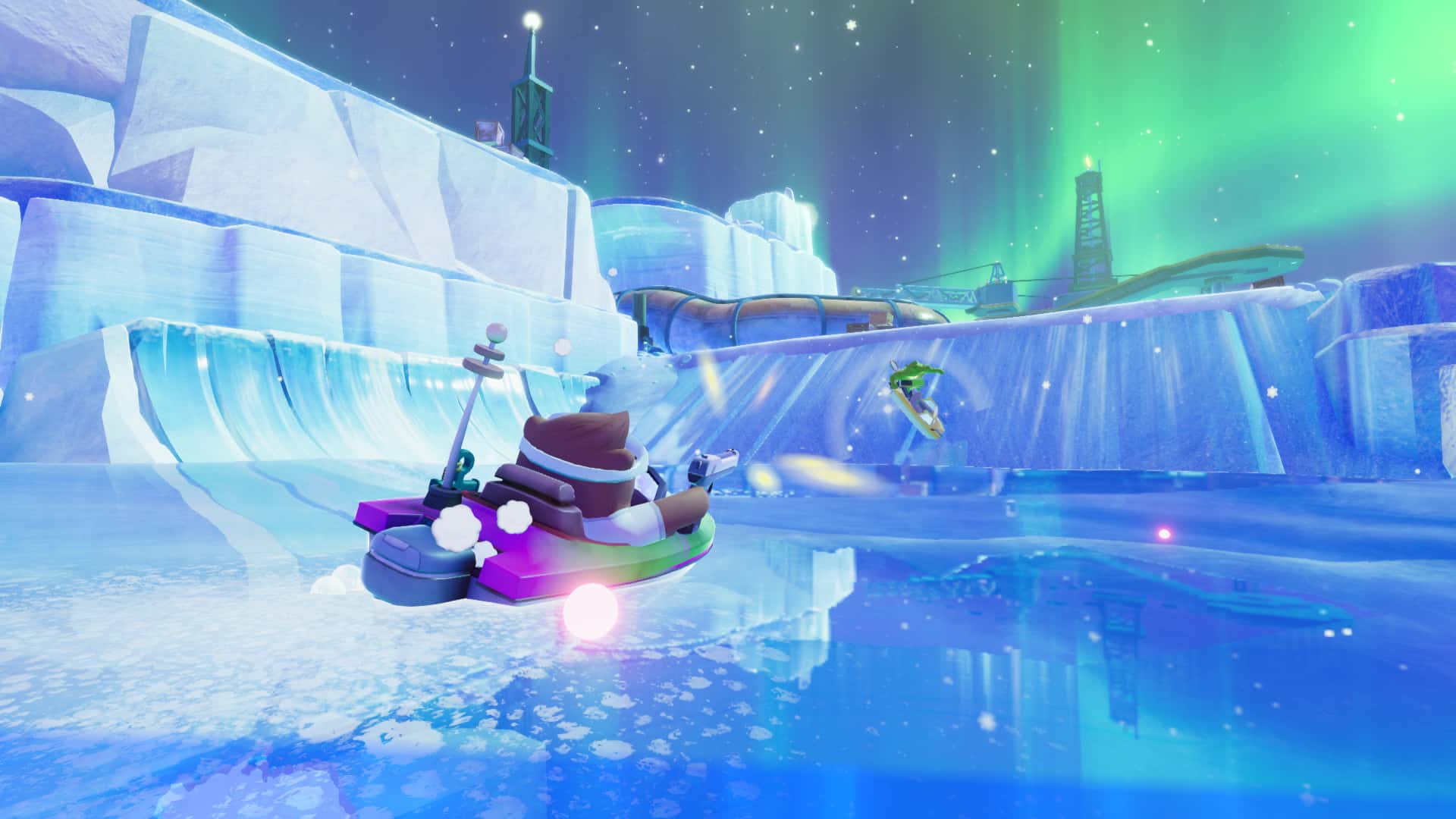 While the nuances of the gameplay are there to explore, it’s everything built around it that had me most curious. The ‘80s vibe, the criminal bears and alligators, and that lovely synthwave score are what pulled me into the game’s orbit to begin with, but it’s such a far cry from what inspired it. I had to know where the inspiration began, or at least where the boats came from.

“Honestly, at first (the boats) just seemed funny — so why not try it out?” Kalin said. “After some more prototyping it seemed like it actually worked pretty well, so we stuck with it. It’s something new and interesting and gives some new mechanics to play with for movement and tricking.

“During early art style experimentation, we just kind of landed on a synthwavy, ‘80s color scheme, as it was vibrant, high-energy, and fun to work with on the development side — lots of cool effects, fonts, and general tone.”

The story as I’ve seen it so far makes not-so-subtle references to “goods” the crime bosses are selling and overseeing, and there’s an unexpected gunplay mechanic to the game, letting players shoot down objects and opponents as they skate-boat around the beaches. So while the game may look kid-friendly at first glance, it’s soon evident this is a game built by and for the veteran fans of the genre. And they will play as familiar gruff film archetypes, albeit in animal form. 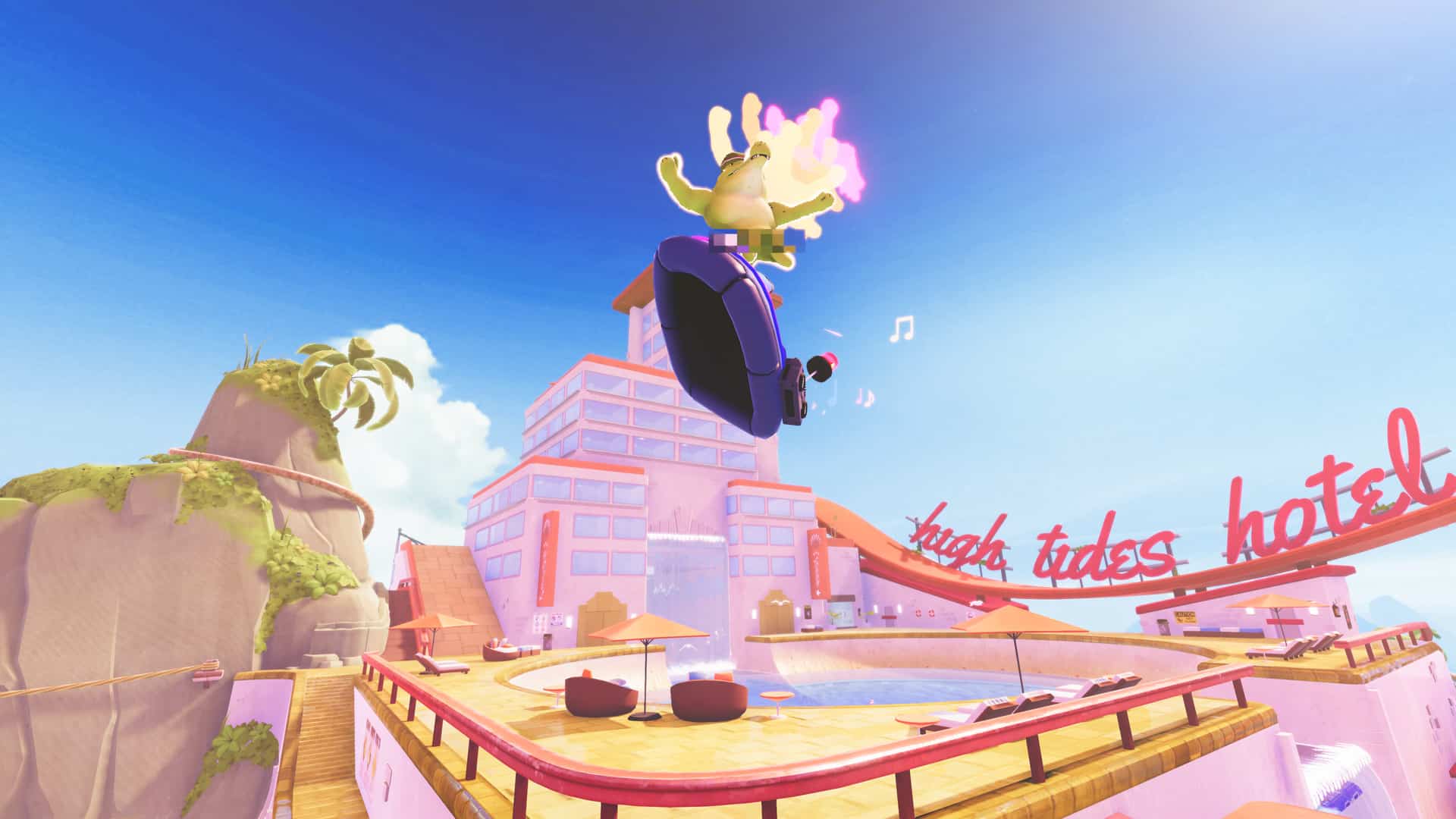 “I think people will pick the character whose style and personality they like — whether it’s the scheming mafia kingpin, retired and grumpy detective, or the buff bodyguard,” Kalin said. We’re not kids anymore, and while things like control scheme and physics are excitingly familiar, everything else about Wave Break feels matured, but never, ever serious.

Wave Break‘s color, style, and unexpectedly silly story give it an identity of its own separate from inspirations. It’s not S-K-A-T-E you spell, but B-R-E-A-K. You won’t see Bob Burnquist here, but you can steer Big Pin, a boating crime boss bear, to high score glory. And though there’s no school or warehouse to shred through, the game’s colorful beaches have their own secrets to discover.

As left-field as Tony Hawk meets Miami Vice with animals may seem on paper, the game ends up feeling quite cohesive in its design once you play it. On the controller, fans of the genre will feel right at home. Meanwhile, the aesthetics are befitting of a console generation that has embraced vibrance like this with open arms. After the Xbox 360 and PlayStation 3 gave us grayish worlds and brooding heroes for nearly a decade uninterrupted, the last few years have splashed color around like in a kindergarten classroom, and in that way, Wave Break feels like the most clear-eyed genre revivalist of the bunch.