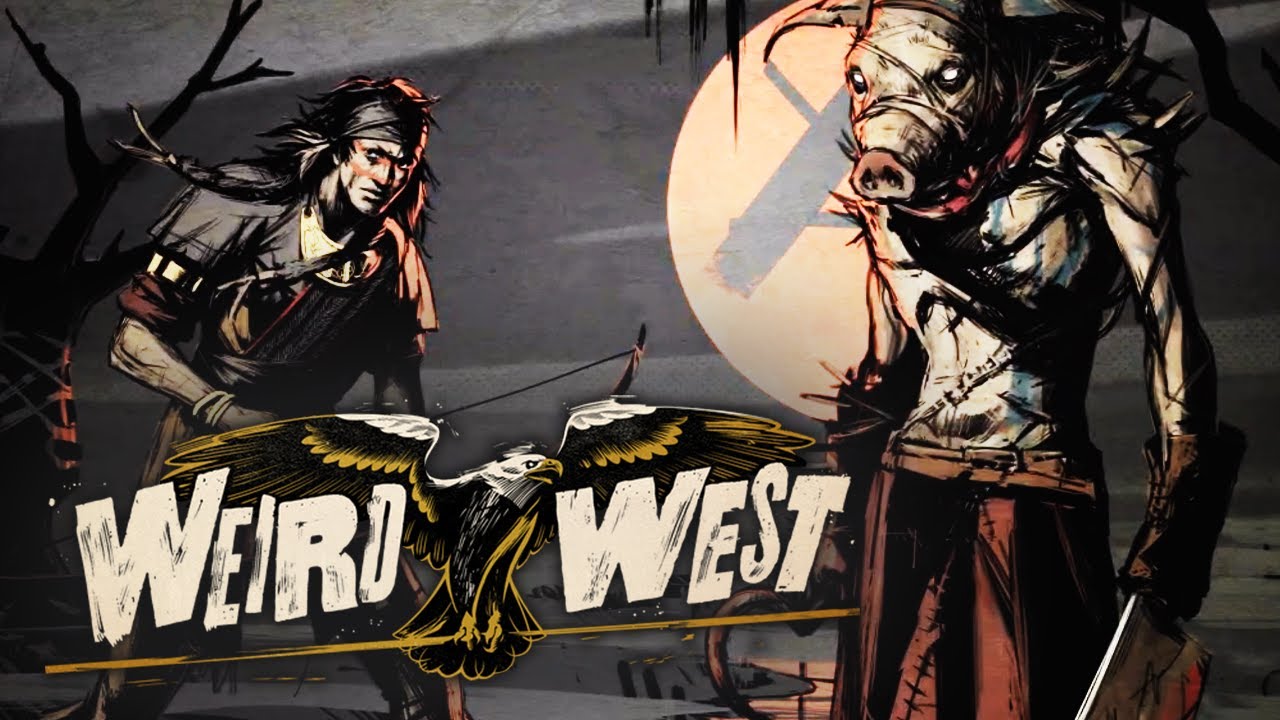 “A sense of place” is what WolfEye Studios President and Creative Director Raphael Colantonio hopes players take away from his upcoming game, Weird West. He wants to “provide some sort of experience that is very immersive, like (the player was) there, like a sense of ‘I’ve been there. I’ve made my decisions and that story was mine. No one else’s.’”

His answer revealed that his time away from the scene after his departure from Arkane Studios in 2017 has not changed his design philosophy. After all, Colantonio directed what was arguably the best immersive sim of this console generation — Prey — in addition to having a long association with the genre through his 18 years at Arkane, including co-directing Dishonored. The goal in those games is to center the player experience, and Weird West follows that mantra — with a twist.

Abandoning the first-person viewpoint common among immersive sims, this game adopts an isometric perspective that hearkens back to classic CRPGs. Colantonio cited the Ultima series and early Fallout games as inspirations for Weird West, saying that what really appealed to him was the thought that “the immersive sim version of that would be incredible.”

That structure was compelling enough to bring him back to full-time game development. “For me, it was a change of perspective, yet doing something that I’ve done before, but with less pressure on the technology and the accuracy of executing the visuals,” Colantonio explained. The idea of a Weird West setting came later, “from trying to find something that is exciting to work on and at the same time not so seen by people.”

The Weird West is a speculative fiction subgenre that sees fantasy, steampunk, or sci-fi elements injected into the Wild West. For as rare as the genre is in cinema, it is rarer still in games. Red Dead Redemption: Undead Nightmare is, perhaps, the flagship example, alongside a handful of older or indie games like Blood or West of Dead. While that lack of competition was an opportunity, the setting appealed to Colantonio because of its blend of the familiar and fantastic.

“Typically, I always like things that are very relatable and simple and grounded, to which you add an angle,” he said. “You start with an environment that people are familiar with, and then you push some buttons to make it weirder and weirder, which is something that I have always liked as a gamer and as a developer.” 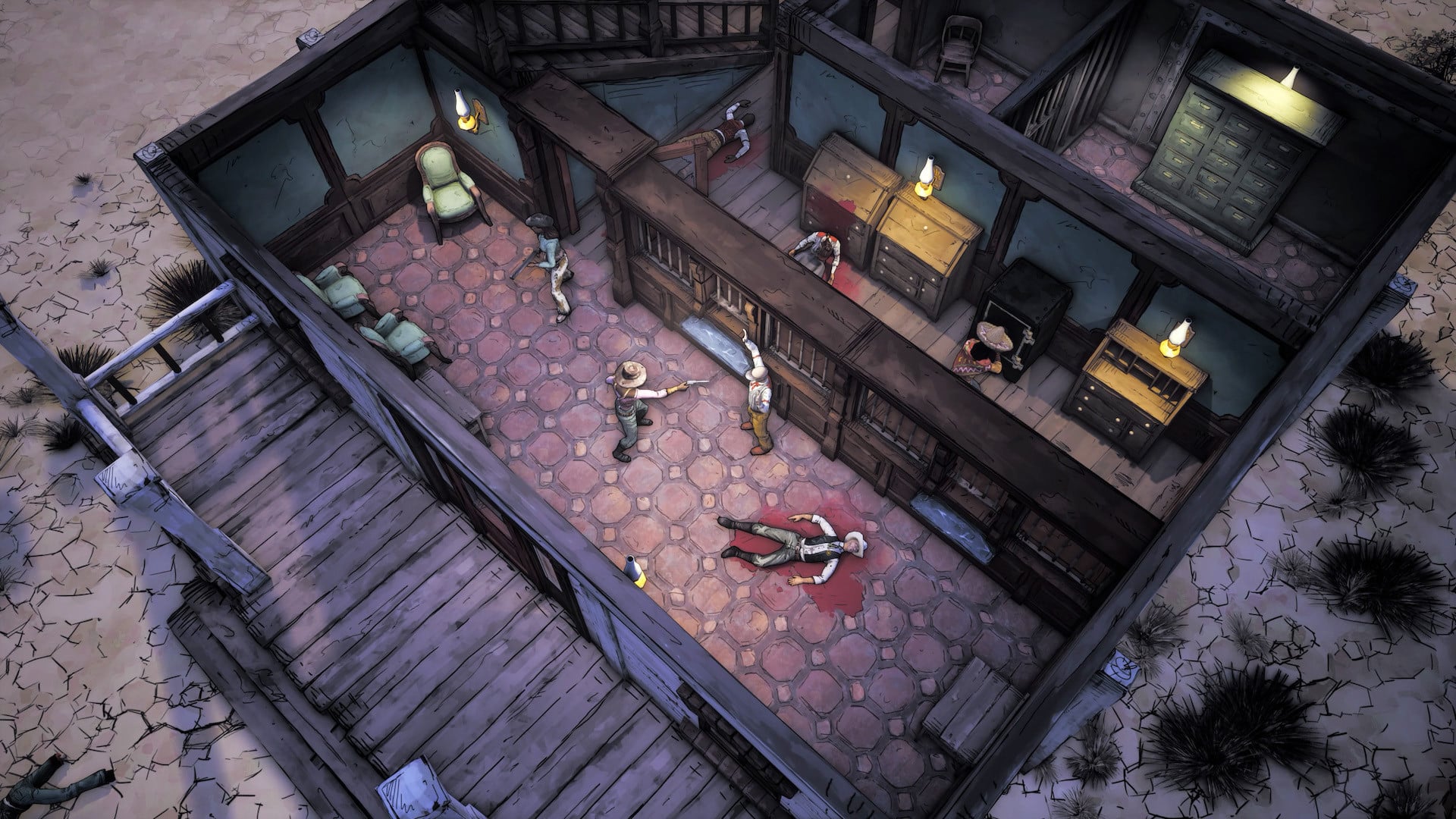 In an effort to avoid being offensive, WolfEye brought Anishinaabe into Weird West, striving for authenticity. It represented the nation after consulting with Indigenous groups and adding Elizabeth LaPensée to the team, a writer who is Anishinaabe and Métis and has previously worked on Where the Water Tastes Like Wine and When Rivers Were Trails, among other titles.

The Wild West trappings also allow for a wide variety of familiar character types, which plays into Weird West’s multiperspectival narrative. In the game, players will take control of five characters sequentially, leading them through a connected adventure and mystery. While Colantanio was not ready to divulge the identities of all five playable characters, he mentioned a bounty hunter, a werewolf, and “another one that is a little more expected but very different,” promising a high degree of diversity in the gameplay experience across each section. A part of that will come from the expected range of options available for the player to complete the questlines, as well as a plethora of side content “that could have a variable outcome as you keep playing.” 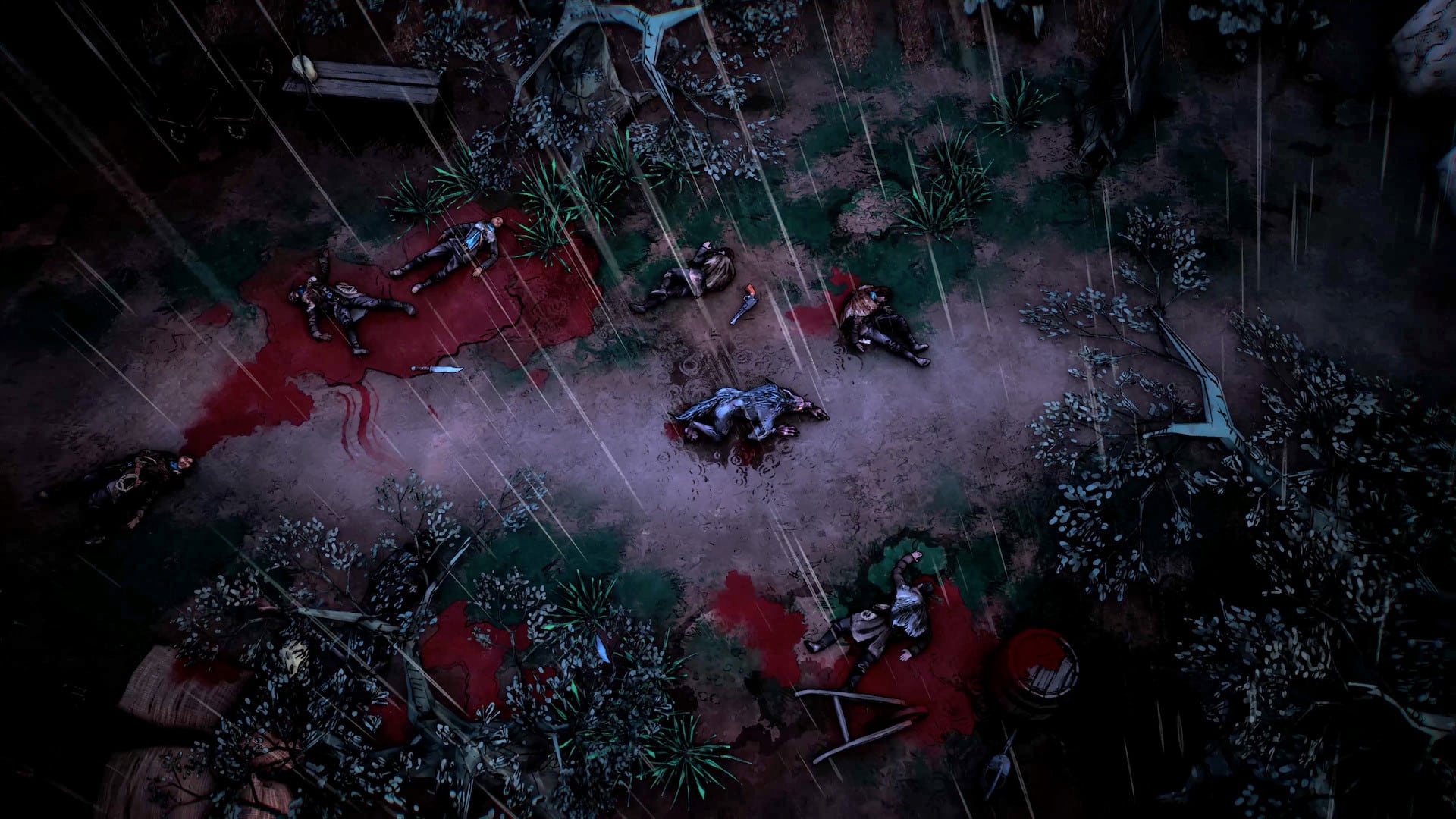 Adding to that promising sense of dynamism is The Conductor. Revealed during the recent Devolver Digital Direct, The Conductor is a dynamic narrative system. Apparently similar to Middle-Earth: Shadow of War’s Nemesis System or Skyrim’s Radiant Story, the system creates and twines together narrative content resulting from player actions. Examples include having an NPC launch a vendetta against the player or stepping in to save them, depending on past interactions.

In so many ways, Weird West is about the individual — and that is an extension of WolfEye’s culture, a culture that Colantonio and co-founder, CEO, and Executive Producer Julien Roby are dedicated to. Among their interests, and those shared by the 30 or so staff members, is the determination to make something that is meaningful and “true to (their) passion.” Just as much though, it’s about sustainability and quality of life.

That mission was born from Colantonio’s time at Arkane. He harbors no ill will towards the studio or parent company Bethesda, but he said that being there was like “being trapped in a machine where you have to constantly deliver.” He described talking to investors and publishers back then as a struggle: “The first thing they would ask, six months into the game we were currently developing, is, ‘What are you going to do next?’”

Raising those questions early and creating that pressure is, of course, fiscally responsible, and Colantonio fully understood that. But he suggested that it isn’t necessarily compatible with an effective creative process. 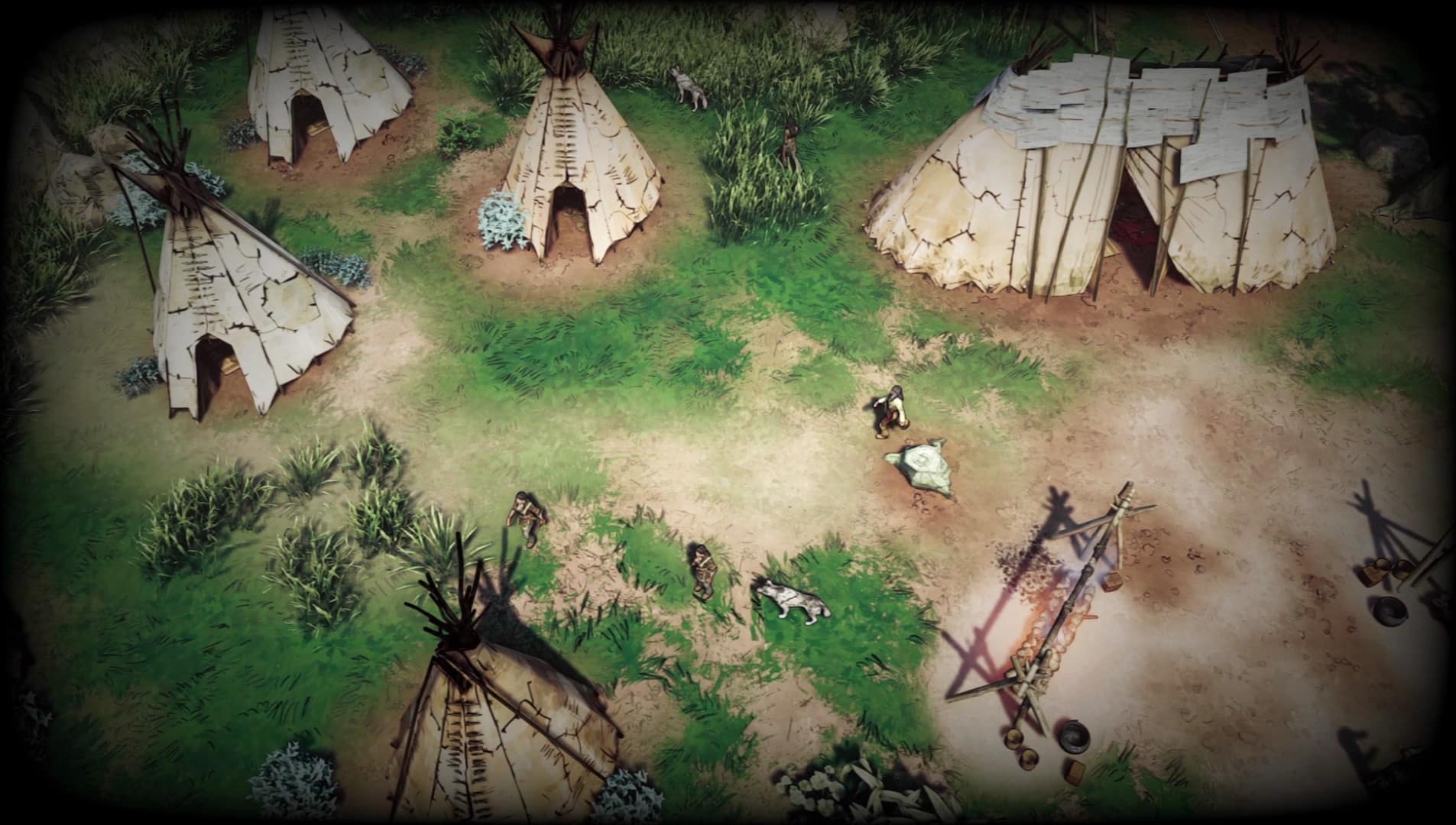 “The part that people fail to understand is that from a creative standpoint it’s extremely, extremely, extremely hard,” he said, “because when you have your heart into the current thing, the last thing you want to think about is the next thing. Imagine if you’re in love in a relationship and someone asks, ‘What’s your next relationship? Describe the next person you’re going to be with.’ You know, it doesn’t make sense. It doesn’t work… I’ve got to really focus on what I’m doing right now in order to have a chance to do that well. Because if I’m trying already to think about the next thing, this thing is already done and will probably fail.”

That philosophy means that WolfEye is building Weird West for the long term, not as a live-service game but as a platform. Whether that is possible will very likely depend on sales and the other usual metrics of success, but Colantonio hopes the team can “keep developing new little stories that we can release and we can sell the game in the long run.” That, he hopes, will enable a period of creative gestation — meditation, he calls it — that leads to “an itch for something new, which is cool because then it’s something really honest, really sincere.”

That quest for honesty leads back to what Colantonio wants to give players, what he thinks matters most in video games. He said, “To me, it’s really the accumulated effects of all the layers of design and art and storytelling and everything. When they manage to take me on a journey and give me a feeling like I was there for real and I can imagine my life there for a while or something.

“And then it gives you memories. I think that’s the best gift we could give to players.” 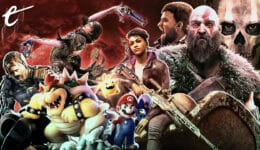 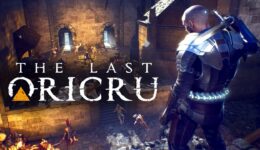 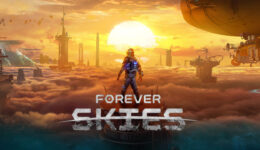 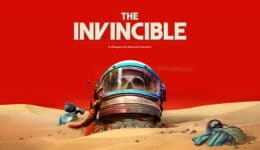